You maybe already saw this.
Tennis player Mahut losing at Roland Garros in front of his family, breaks down in tears.
His kid runs on court to hug him.
His opponent Mayer getting emotional.

Father and son walk away hand in hand.

Sometimes, all you need to ward off crushing disappointment is a simple hug.

While Nicolas Mahut may have just lost the French Open, he walked away with something much more valuable this year. The French tennis player was eliminated from the tournament after losing his third-round match on May 31. But that day turned into a win nonetheless with one sweet gesture, courtesy of his son. 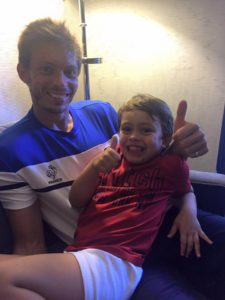 Nicolas clearly struggled to hold it together as he accepted defeat. He’d suggested this would be his last time playing singles at the tournament, and as such, the loss was especially painful. 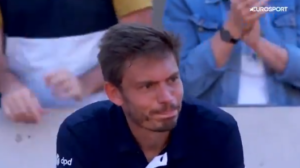 That’s when the tennis star’s seven-year-old son, Natanel, came running across the court to comfort his dad. The little boy knew exactly what he needed to do to lift Nicolas’ spirits. 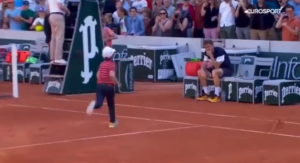 In a touching moment that’s since captured the hearts of millions, the father and son hugged as everyone in the stands clapped and cheered. 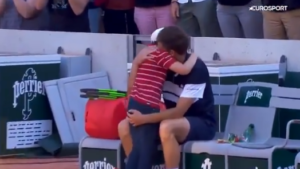 And fans weren’t the only ones moved by the loving embrace. Nicolas’ opponent, Argentinian player Leonardo Mayer, could clearly be seen getting emotional as well. 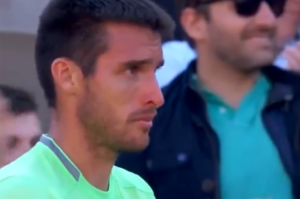 As one viewer aptly put it, though Nicolas lost the match, “he won at fatherhood.” And that’s what matter the most. 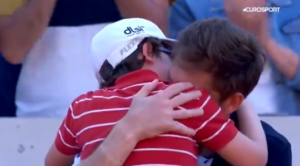 So when Nicolas walked away holding Natanel’s hand, he felt triumphant. He still had his son’s adoration and that was more than enough. 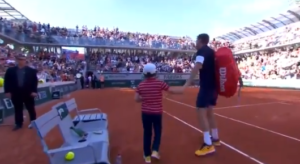 The roars from the crowd only grew louder as Nicolas exited Paris’ Stade Roland Garros, offering one last wave before going home with his family. He’ll remember this day for the rest of his life, thanks to his sweet son. This wasn’t the first time Natanel has comforted his dad on the court, though — the little boy also gave his dad a huge hug after Nicolas failed to qualify for the U.S. Open last year. 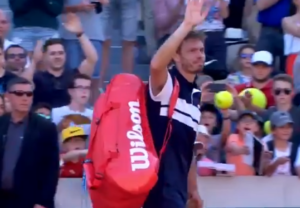 Another viewer summed the moment up perfectly, writing, “This memory is a bigger win than the tennis match. He’ll never forget it. Really great moment.”

Share to spread the love between this heartwarming father and son.