The 13-year-old from Arlington, Oregon, is as tough as she is fearless, and she’s well on her way to becoming the first female in the Professional Bull Riders organization. 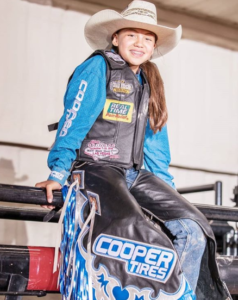 Najiah has fond memories of watching her dad compete when she was just a toddler. Even then, she dreamed of joining him.

“I was like, ‘Dad, can you put me on one?'” she told the New York Post. “He said I was too little, but he put me on a sheep, and I was a champion at that and steer riding.” 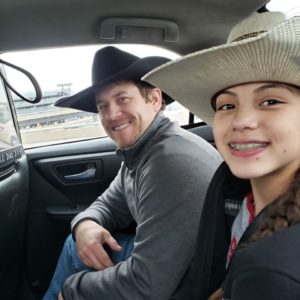 At 9, she finally rode her first bull — and found it exhilarating. From there, she dove headfirst into the sport.

She’s participated in tournaments across the country for the past four years, and today, the seventh-grader is the only girl on the miniature bull riders circuit, which consists of kids between 8 and 13 years old. 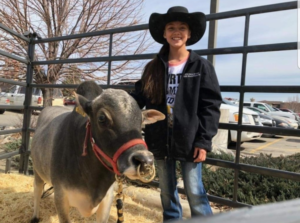 While the bulls she and her peers take on are smaller than those of professional riders, they definitely aren’t easy to control. In fact, they can weigh up to 1,000 pounds!

Najiah has had a few close calls while struggling to hold on for eight seconds, but that hasn’t stopped her from picking what she calls the “rankest” of the bunch to ride. 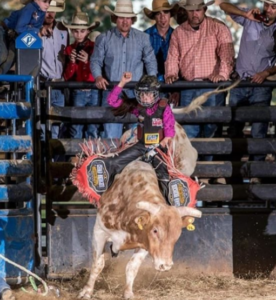 If there’s one thing Najiah wants everyone to take away from her story, it’s that we should never underestimate anyone.

“Girls can do anything they want, and if people tell them they can’t, that makes me mad,” she said. “I’ve been told that before, and I tell them that I wasn’t doing it for them, I was doing it for me.” 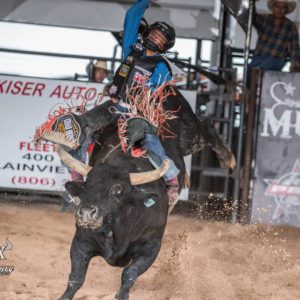 It’s only a matter of time before Najiah joins the pros and goes on to inspire the world. Keep up the great work!