You just never know when you’re going to be called upon to make a lasting impact on someone’s life.

When Uber driver Lauren Mulvihill of Stockbridge, Georgia received a fare from a local hospital to pick up an elderly man and bring him home, she had no idea that she was about to set a chain of events into motion that would touch the lives of thousands in her community. 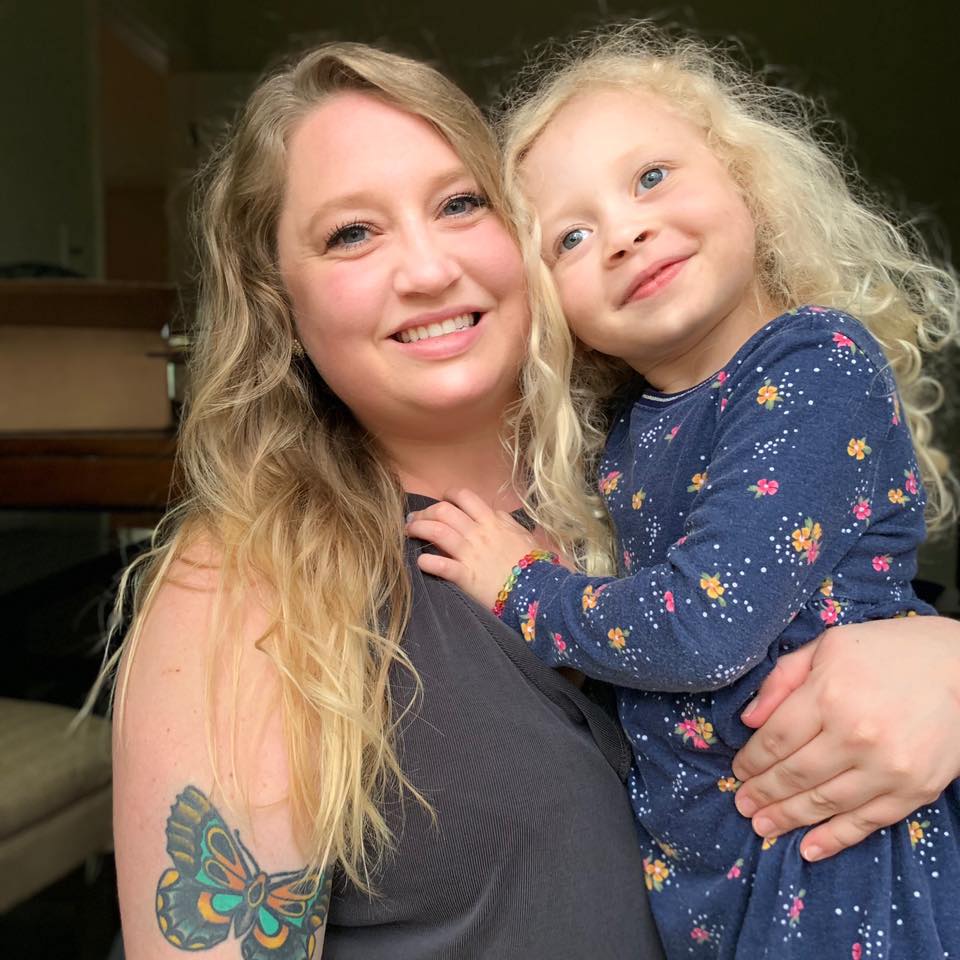 Lauren arrived at the hospital in Henry County, Georgia to pick up Ronald Dembner, an eighty-nine-year-old veteran who had no one else to take him home. The single mother engaged Ronald in conversation during the drive home, learning that he lived alone with his dog King, and that his wife and two sons had passed away. Still, nothing could have prepared Lauren for the sight — and stench — that greeted her when she helped Ronald into his home. 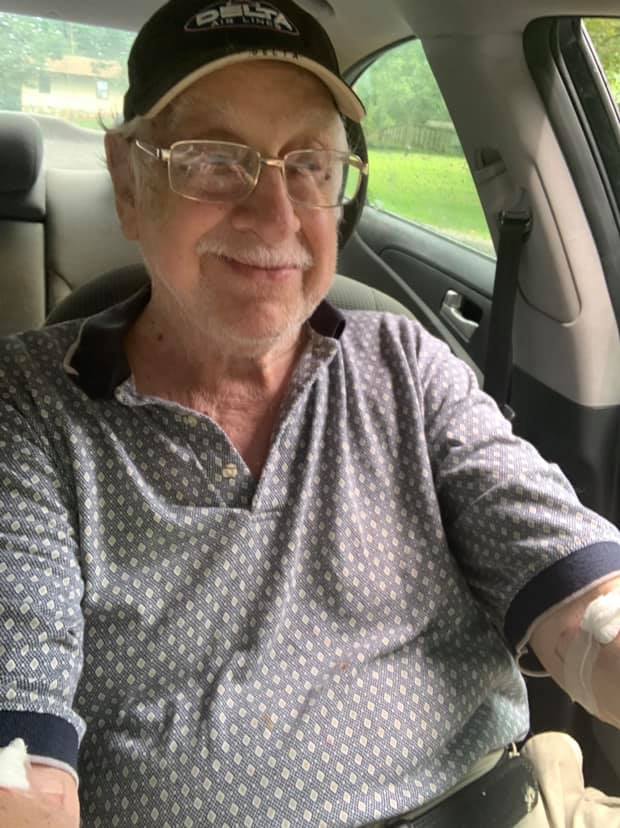 Ronald had completely let the house go, allowing King to defecate indoors without cleaning it up afterwards, hoarding old paperwork and belongings until there were piles everywhere, and neglecting to do any sort of housekeeping. Lauren took one look and knew that the elderly man needed help, and fast.

“I said, ‘Do you have anybody who is here to help you? Do you have anyone who checks on you?'” she said. “And he said, ‘No.’ He has absolutely nobody.” 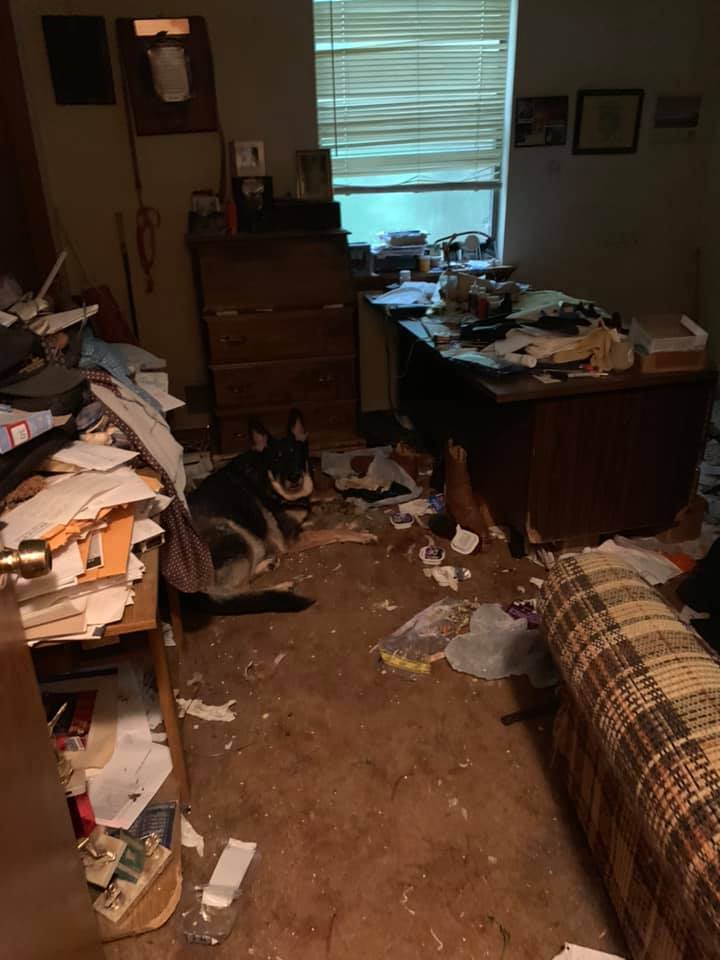 Ronald told Lauren that he never asked for help or admitted that the house had gotten out of control because he was terrified someone would remove him from the home. At first Lauren took matters into her own hands, donning a pair of plastic gloves and tackling his kitchen and bathrooms herself. After it became clear that this was a bigger job than she could handle she turned to Facebook to ask for help, creating a group called “Helping Mr. Ronald.” 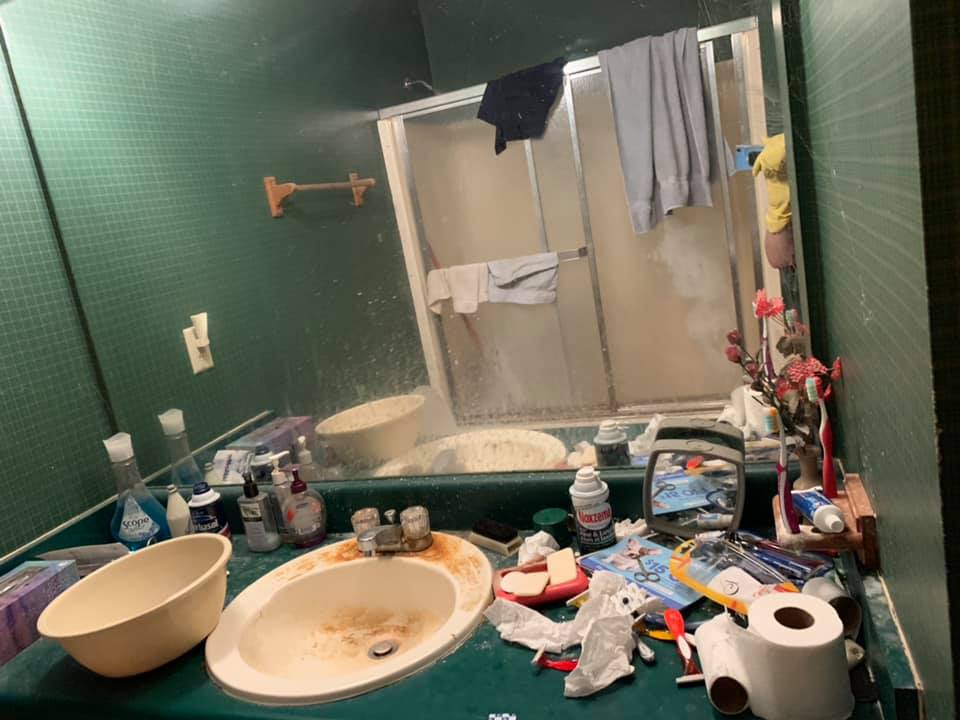 That’s when the true miracle occurred. Soon word began to spread and soon the Facebook group gained viral momentum, and within a week the group had gained over 2,000 members. Dozens of volunteers came out of the woodwork to help Ronald, showing up with mops, buckets, power tools, food, and more. In just one week they had already removed all of the garbage, old furniture, and moldy carpet from the home. 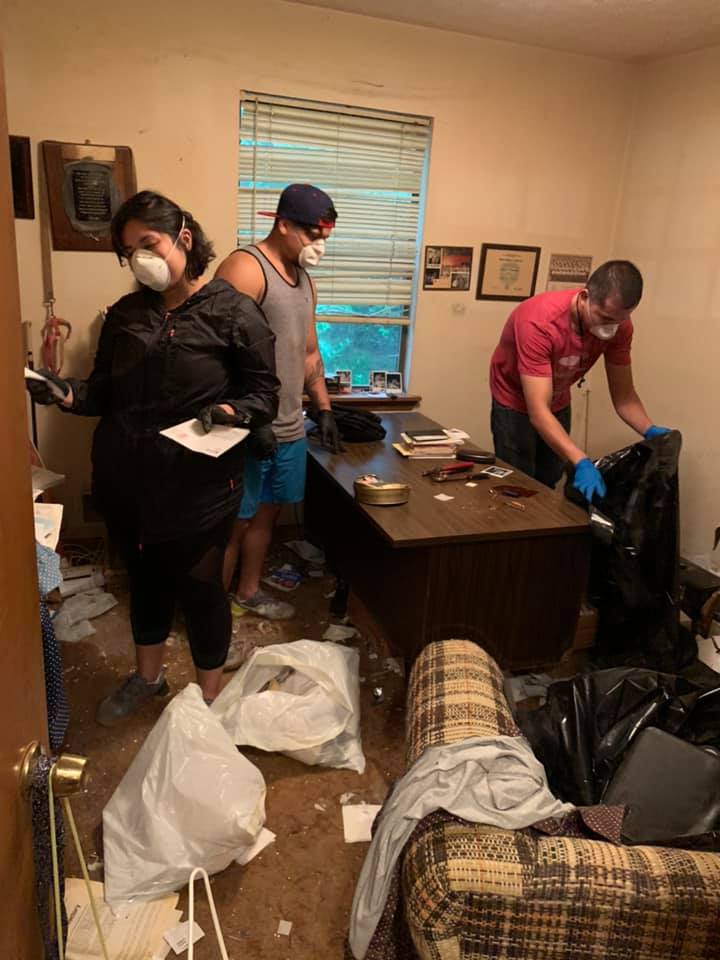 Volunteer Shaquin Thomas owns a catering company, and when she saw the Facebook group she stepped up right away to offer free food for the workers. “Food is my talent so whenever people need food, I’ll cook,” she said. Other area businesses donated lunches and snacks for the workers, and professional laborers spent their off-hours working for free simply to help Ronald out. 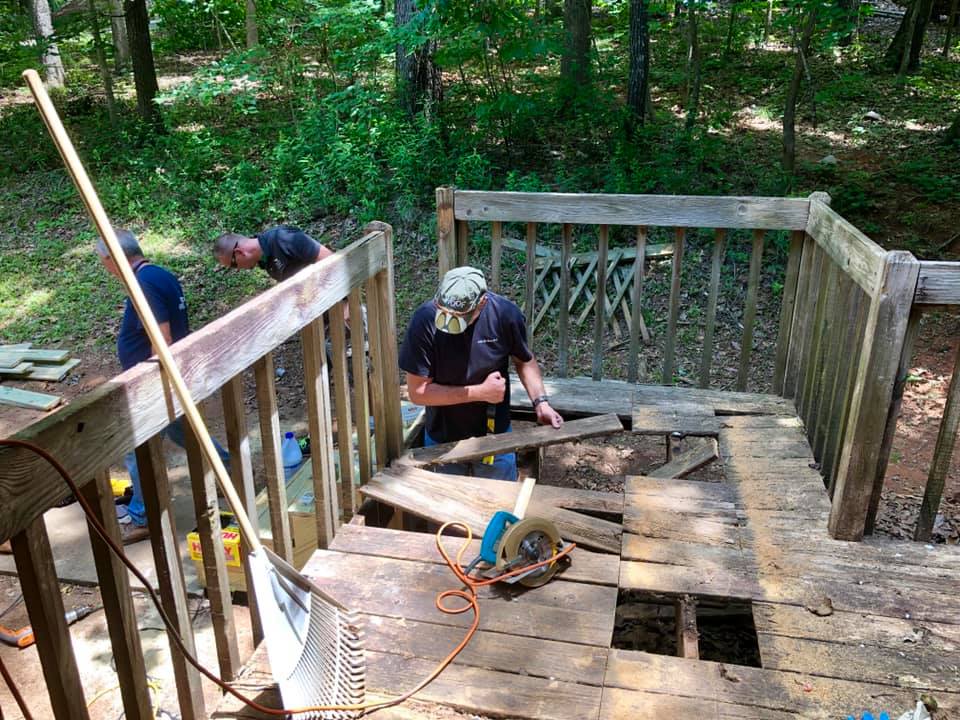 Next the volunteers tackled the house itself, painting the walls and installing new flooring. All of the time and materials were donated by caring members of their community. Once the house is cleaned up the hope is to hire a nurse to tend to Ronald each day. He’d previously had in-home healthcare but they had to stop coming due to the conditions of his home. 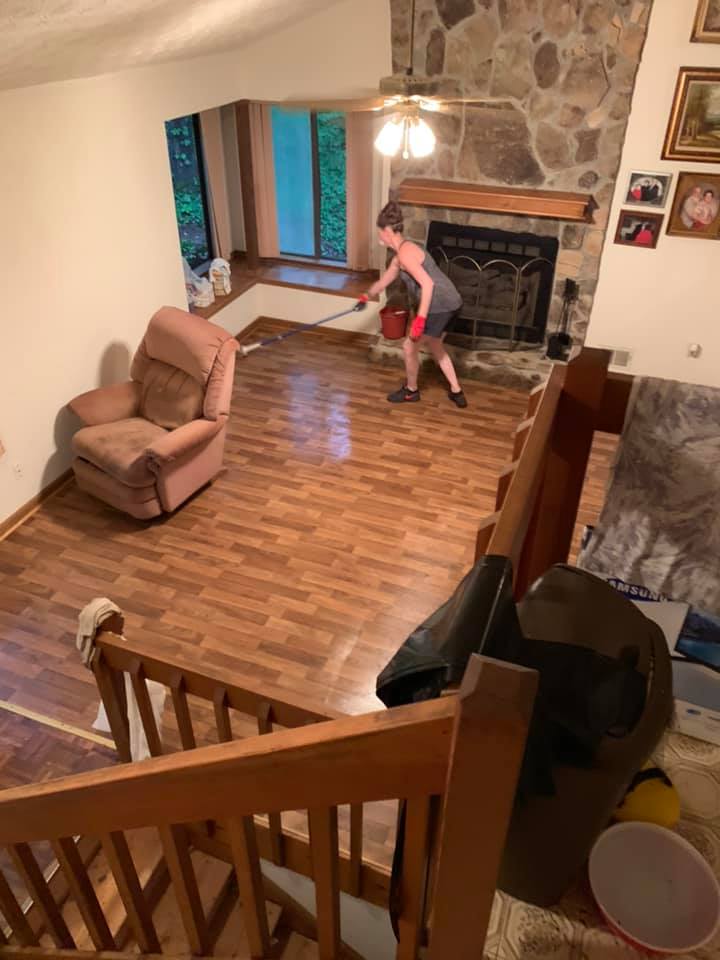 Ronald is overwhelmed by the outpouring of support. “He is so thankful, he cracks me up. He keeps saying, ‘I don’t know what I did to deserve all of this from all you guys,'” said Lauren. “It’s giving him hope that he will be taken care of.” 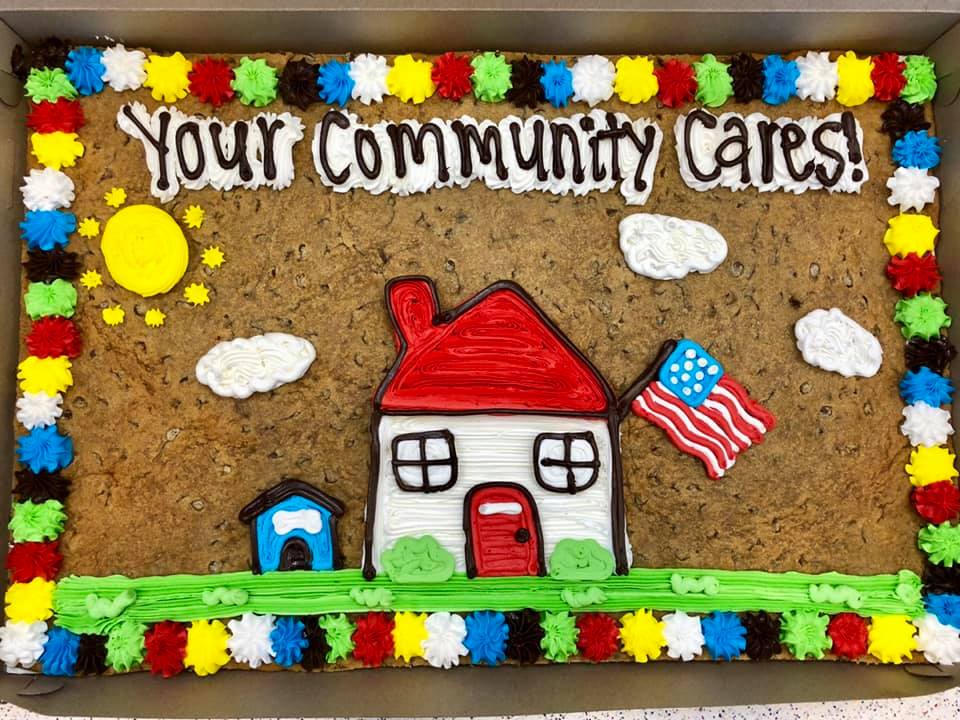 For Lauren and the other volunteers, witnessing the way the community rallied around one of its weakest members has shown them the true goodness of humanity as a whole. “Every day, I am so thankful that these people who give so much of themselves and are willing to come and help an otherwise perfect stranger in their time of need,” Lauren said. 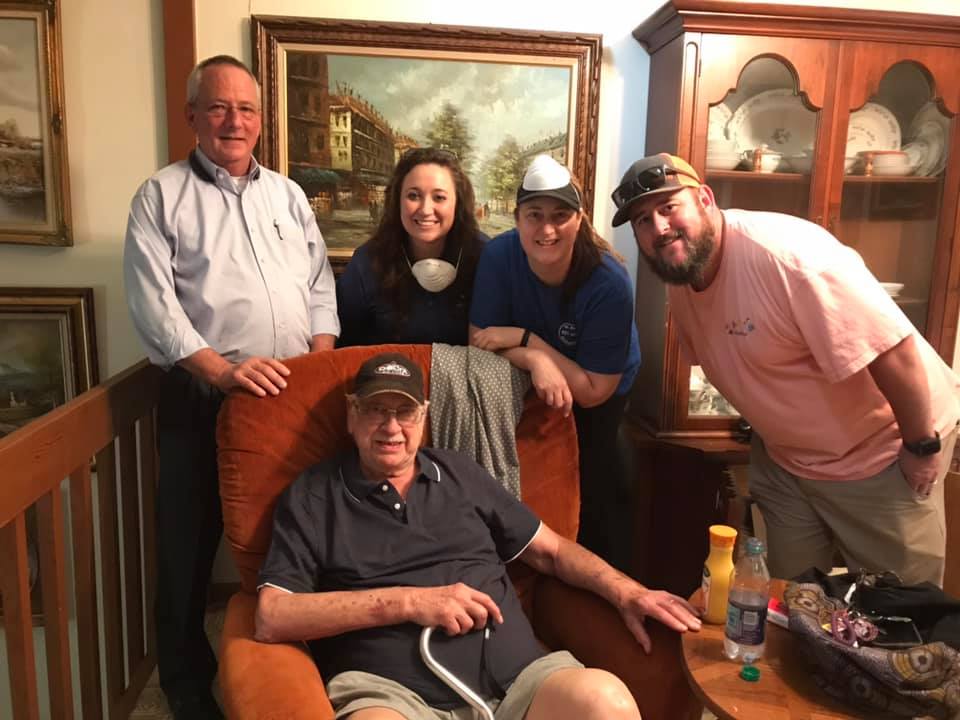 Well done, citizens! This is the way it should be. No one should feel that they are alone in the world. Sometimes family is forged by a combination of proximity and kindness, and the people of Ronald’s community are no longer strangers; they’re his family. None of this would have happened if Lauren hadn’t seen a problem and taken action to help!

Please share this story to inspire others to be like Lauren whenever they see a problem that needs fixing.