Jane Andraka has two remarkable sons, but Jack, 18, has done something pretty incredible for a high school senior – he’s developed a revolutionary early cancer detection technique.  The 4-cent strip of paper that Jack developed is 400x more sensitive to pancreatic, ovarian, and lung cancer than the current standard.

Jack’s invention was rejected over 200 times by different members of the scientific community, until he won first prize at the prestigious Intel International Science and Engineering Fair.

Many scientists and doctors have labeled Jack as the “Edison of our time.”  His capabilities are beyond what most have ever seen. 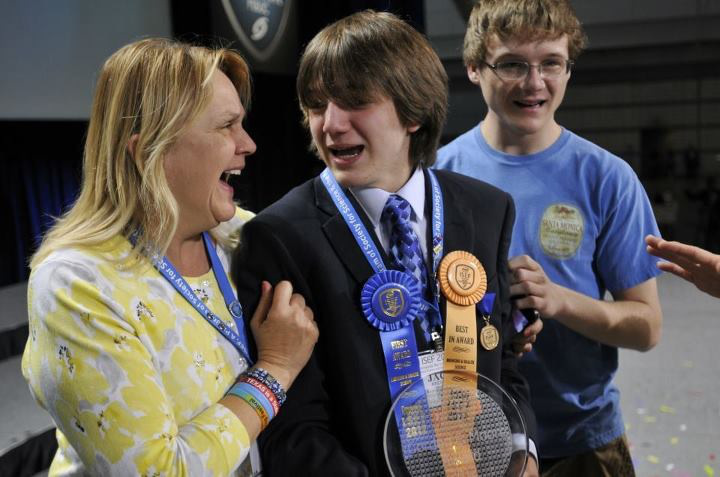 Jack’s eventual triumph was fueled by Jane’s constant encouragement to be resilient in the face of failure. In her TEDx talk below, Jane dropped some serious parenting wisdom that everyone needs to hear.

Here are some of the best:

-Teach your kids that problems in the world are just opportunities in disguise.

-Teach your kids how to hunt and think independently

-Take the time to research oppourtunites for your kids

-Praise the attempt, process and perseverance

-Most of all, love your kids and help them develop their potential and become the people they’re meant to be.

Watch Jane’s full TEDx talk below for some unbelievable parenting tips… you’ll be glad you did!