You know what kids often forget about their parents? Before they came along, their moms and dads led full and fun lives.

Before they were parents, they hung out with friends, tore open college acceptance letters, went to parties, danced, got up to no good, and eventually found the people they wanted to spend the rest of their lives with.

Kids tend to think their parents are uncool and lame just for the sake of it, but don’t you forget it, little ones: Your moms and dads were the cool kids on the block once and they can always teach you a thing or two! And after seeing this footage, there’s certainly one girl who learned this about her mom in the best possible way. 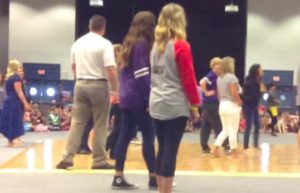 Before one fateful day at a dance convention, Noelle Miner probably thought of her mom the way most kids do. We’re positive that her mom is the light of her life, even if she thinks she’s a little uncool sometimes, but on that day, Mom seized the opportunity to show her girl just how cool she really is! 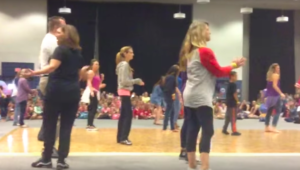 At one point, an eclectic mix of dancers stepped onto the floor. The group was made up of teens, kids, middle-aged men, and most importantly, Noelle’s mom. “Let’s see if my mom’s any good,” she quipped to someone beside her as she got her phone’s camera rolling. 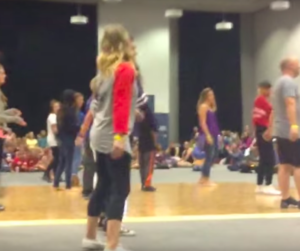 When the music started, Mama wasted no time finding the rhythm. Still skeptical, Noelle watched with a careful eye. About a minute in, the dancers got their first test as the choreography went from gentle swaying to the beat to more deliberate moves. And as her mom swung her hips, Noelle got her first taste of what was about to come. 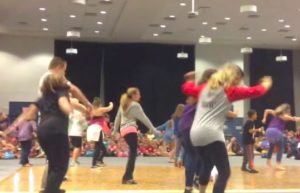 Twelve seconds later, Mom kicked it up a notch and had the whole crowd cheering. She hit every single move with precision and left her daughter totally stunned.

“She is my inspiration!” the excited teen screeched as Mom continued killing the routine. 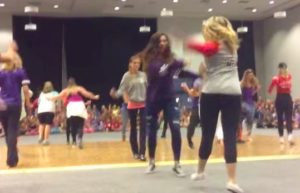 Something tells me Noelle will forever look at her mother in a different light. She is, beyond any shadow of a doubt, a cool mom. Watch the whole routine down below and hear Noelle’s hilarious voiceover! Don’t forget to share it with all the other cool moms you know.