There are times in life when having faith is mandatory.

Michelle and Bryan Mirabal of Jacksonville, Florida were not planning to add to their family so soon after having their first son, Gage, but life had other plans! Michelle was stunned to discover that she was 15 weeks along with twins. When they later learned that their infants were conjoined, the couple feared the worst. 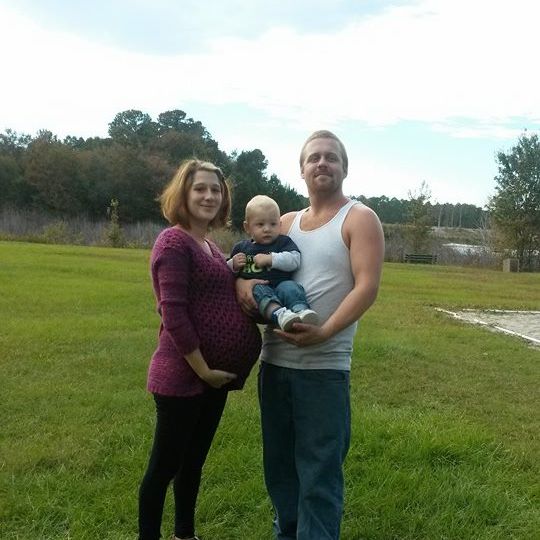 “It was already a shock finding out that they were pregnant again because she wanted to wait at least five or six years before having any more children, but the fact that it was twins and they were conjoined was a lot to take in. Twins don’t even run in our family,” said Michelle’s sister-in-law, Jasmine Mirabal.

Conjoined twins are extremely rare, occurring in just one in every 200,000 pregnancies. Doctors warned the family to expect the worst. Half of all conjoined twins do not even make it to 32 weeks gestation, and even then survival is not guaranteed. “We knew the odds were against us but we had faith, and prayed for a miracle,” Jasmine said.

Michelle and Bryan decided not to end the pregnancy, hoping against hope that their boys would overcome the odds. During the rest of her pregnancy, Michelle underwent dozens of tests so that doctors could come up with the best course of action to give the twins a fighting shot at leading independent lives. 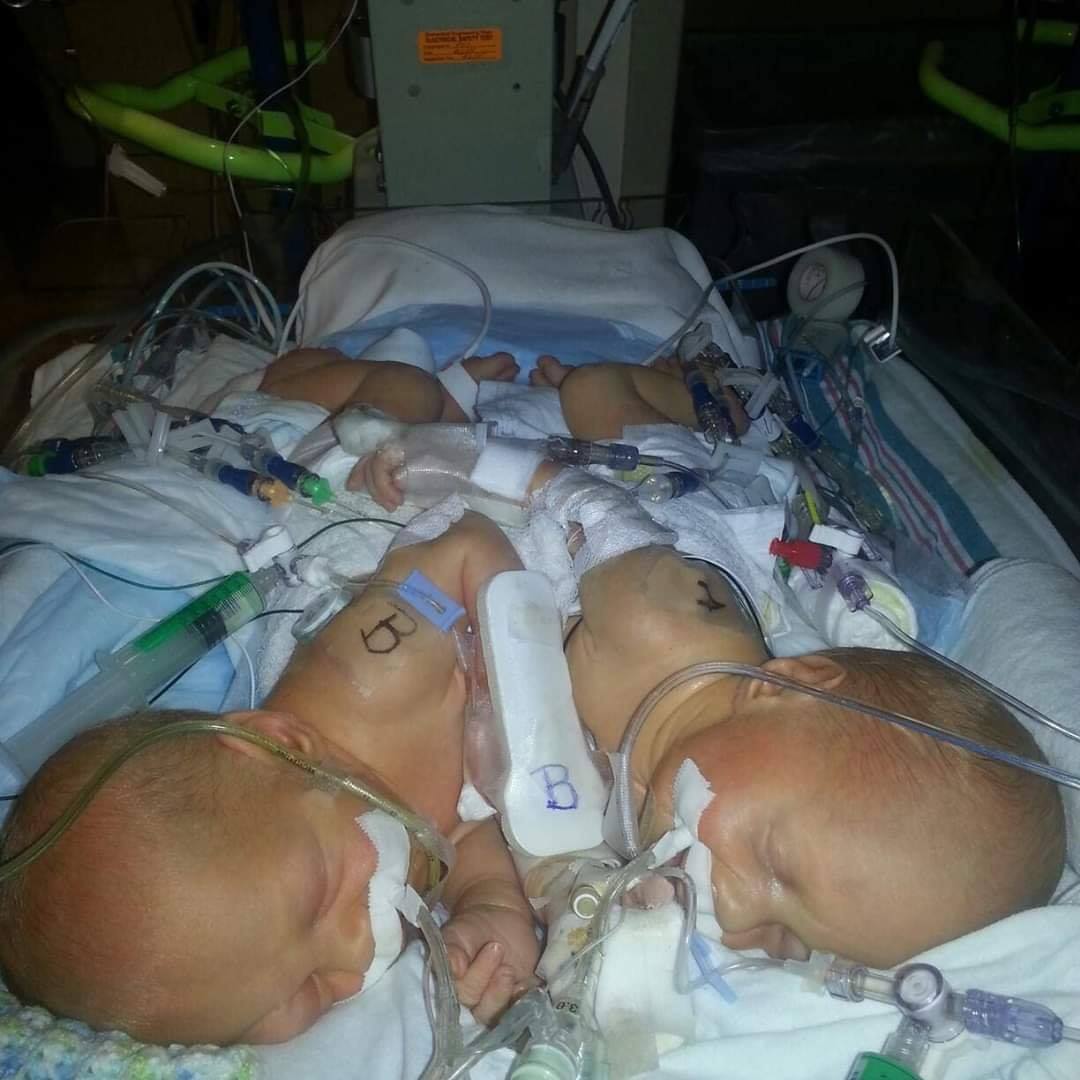 On December 12, 2014, Conner and Carter Mirabal beat the statistics and were born! They were omphalopagus twins, joined from the sternum to the lower abdomen and sharing a small intestine. Each baby had his own liver and bile duct, but they were fused together. This is the most common type of conjoined twins, so doctors were convinced that they could eventually separate the boys.

After months in the NICU having minor surgical procedures to prepare for the big event, the twins’ had their separation surgery on May 7th, 2015 at Wolfson Children’s Hospital. The surgery was a complete success! 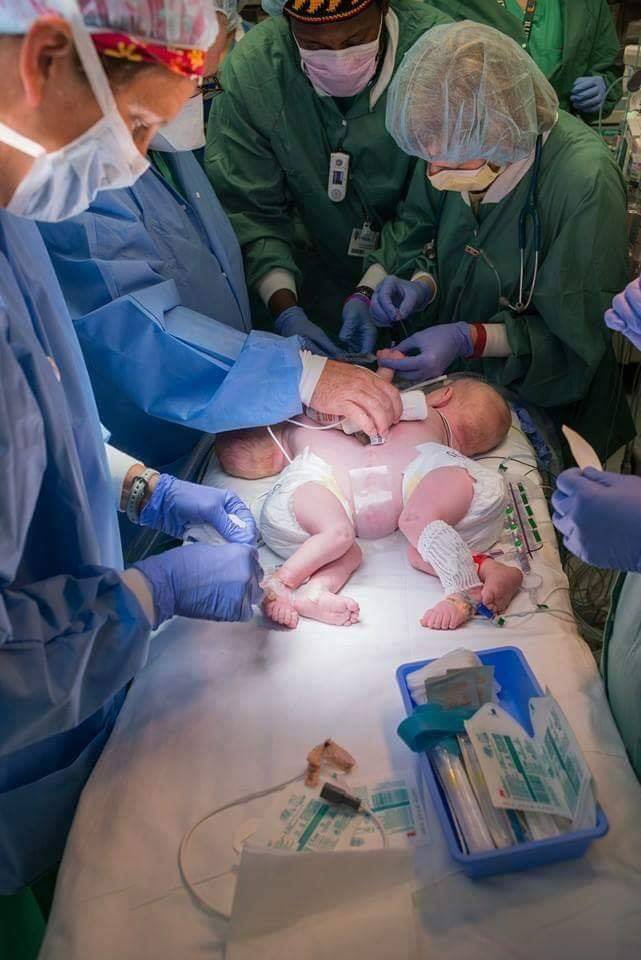 The boys weren’t out of the woods just yet. They both had to undergo more surgeries on their intestines and each spent time on a ventilator and feeding tube. It was all worthwhile, however, because a year after their separation surgery both boys were able to go home for good!

Since overcoming the odds, the twins have been growing like weeds — much to the delight of their family and friends. Their family continues to post updates on their progress on their Facebook page. A recent update shared the very happy news that Conner and Carter have graduated from kindergarten! 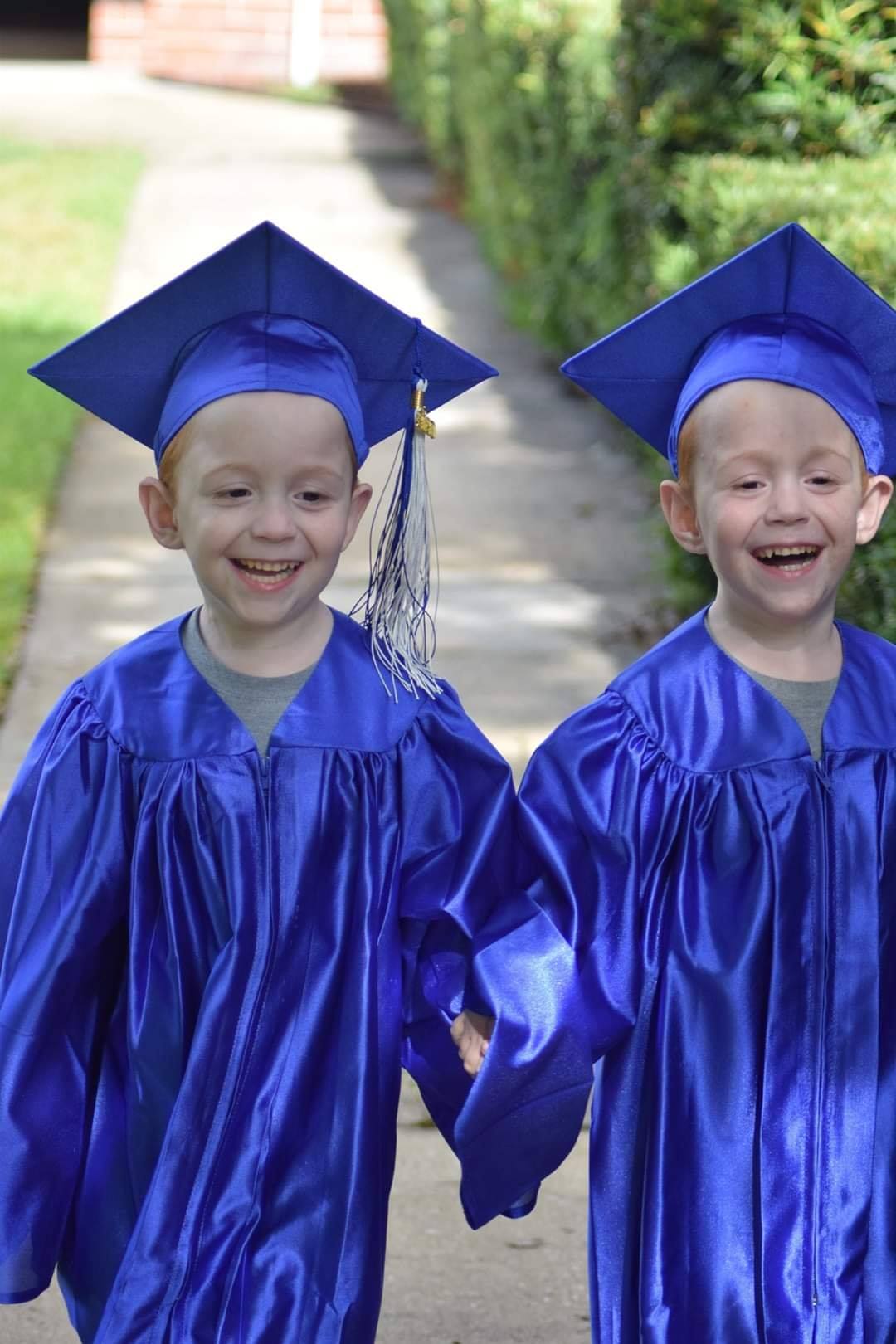 “I mean, come on,” the family wrote on Facebook. “These two have accomplished and been through SO much in their short lives. Between being born conjoined, having a 15 hour separation surgery. Poked, prodded, no peace, living in the hospital til they were over a year old. Therapies, doctors, more surgeries. G-tubes, feeds, learning to eat and walk and talk, and now here they are!! Graduating pre-k, something doctors didn’t know if they were gonna be able to do! Conner and Carter we couldn’t be more proud!” 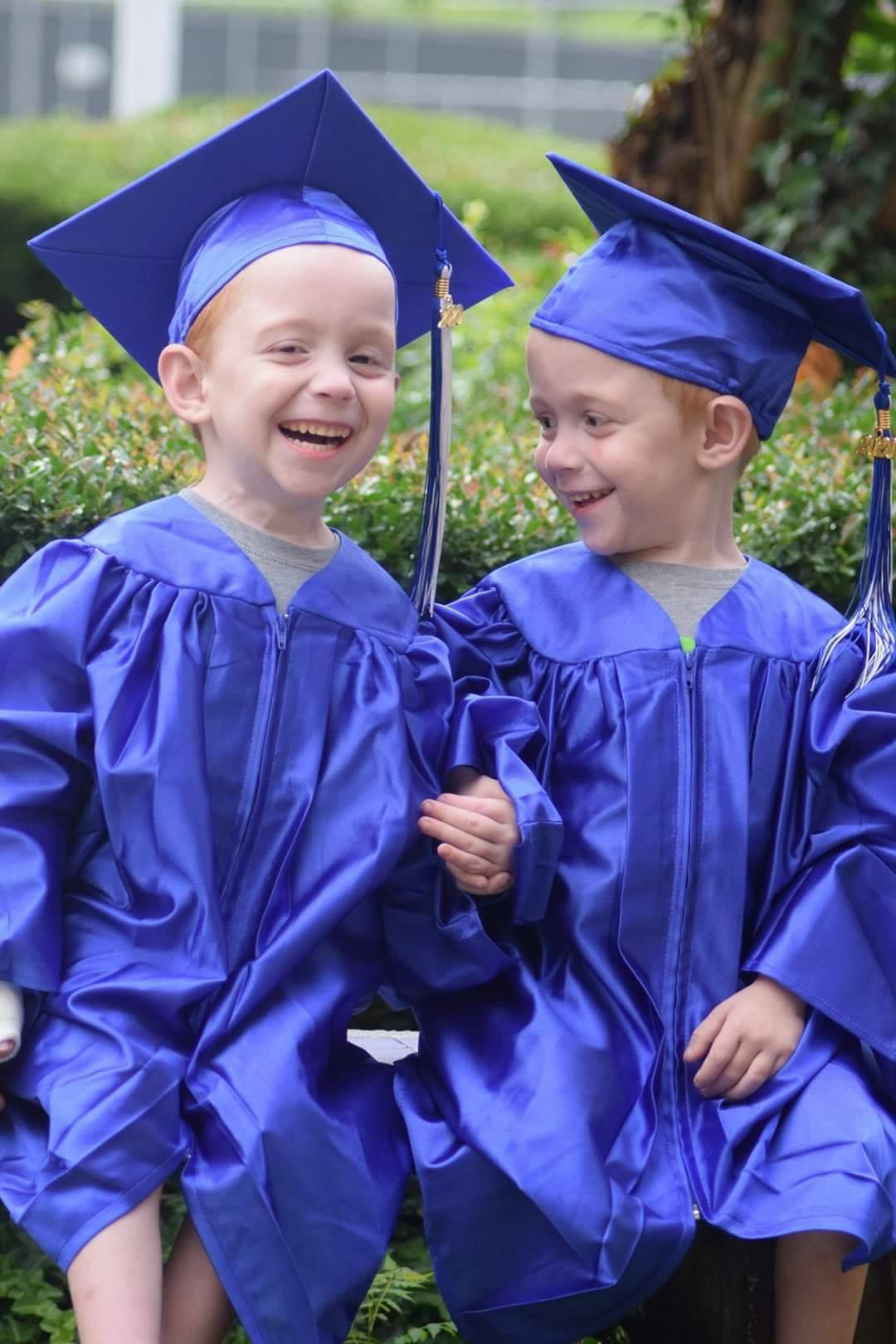 Look at those sweet faces! These little guys are walking miracles, not to mention a testament to both modern science and good old fashioned faith. We’re so glad they were able to overcome it all so they can lead long, productive lives together, but apart.