Daryn Sturch and her 8-year-old daughter, Bryanne, probably never pictured themselves as honorary members of a motorcycle crew comprised of burly, tough-looking bikers.

But since that day they came upon the aftermath of a terrible crash, they’ll always be welcome with the Milwaukee Irons. In September 2018, Daryn and Bryanne were driving on State Road 19 near Denver, Indiana, when they saw an accident involving multiple motorcycles. Daryn, a nurse, jumped out of her car with Bryanne to help the five badly-injured bikers. 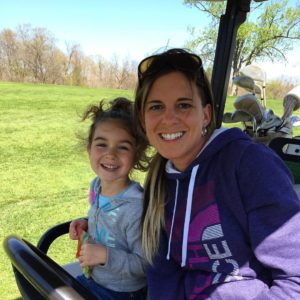 “I stayed with them and did the best I could to triage them and keep them awake and calm,” she told Yahoo Lifestyle. Fortunately, they all pulled through and later contacted Daryn through Facebook to thank her. They ended up staying in touch with the mom of two. That’s how Bryanne’s lemonade stand caught their attention.

About a year after the accident, Daryn posted photos of Bryanne and her brother selling lemonade. One of the bikers noticed and mentioned a few members might stop by. 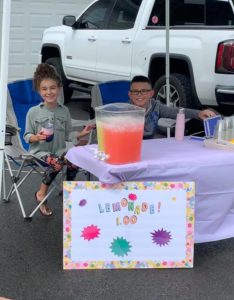 But Daryn never expected nearly 30 bikers to show up on their motorcycles. She was stunned — and Bryanne was “over-the-moon excited.” Daryn’s father shared a video of the group lining up at the stand, writing that since the accident, “they’ve been so wonderful to my family.” 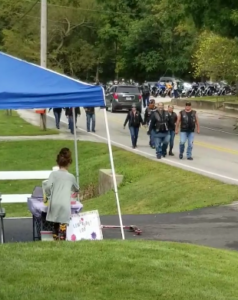 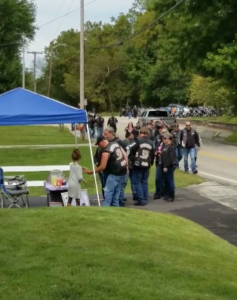 Even more special was the hug Daryn shared with a man called Lumpy, one of the rider who’d been injured. “I’m so thankful they are doing so well,” she said. 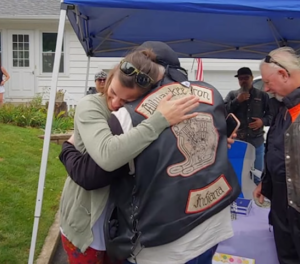 Now she hopes their story will encourage people not to judge a book by its cover.

“It is important to me that people understand that good people are all around us,” she said. “And that just because someone doesn’t look or dress the way you do doesn’t mean they don’t have the same core values.” 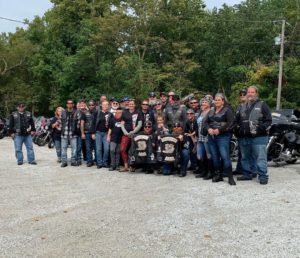 Well-said, Daryn! Some of the nicest people out there are judged by their appearance. Let’s all keep this in mind and remember to always be kind to everyone we meet.

Watch as dozens of bikers repay Daryn’s kindness in the video below, and share to spread her message.