Engaging in honest and uncomfortable discussions about the root of the issue is one of the best ways to solve a problem.

As protesters across the country condemn racism and injustice, former NFL star and broadcaster Emmanuel Acho is helping people start conversations at home. In his YouTube Series, “Uncomfortable Conversations with a Black Man,” Acho talks about racial issues, including inequality and bias. 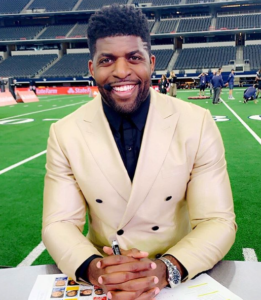 In his first episode, Acho shared his perspective as a black man who has experienced discrimination in all walks of life. His words resonated with millions, opening hearts and minds around the world. In the second, he sat down with actor Matthew McConaughey, who asked a series of powerful questions, starting with, “How can I do better as a white man?” 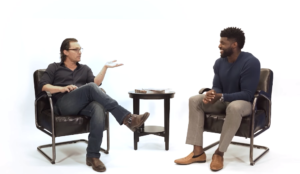 They talk about terms like “implicit bias” and “white allergies.” These are often expressed through backhanded compliments such as “you don’t talk like you’re black” or “you’re so pretty for a black girl.” Both paint people of color as stereotypes, not individuals.

Acho points out the people making these comments don’t realize they’re hurtful, but that it’s up to them to acknowledge what they’re doing. Then they can correct their behavior and become part of the solution.

“People should take the responsibility proactively to say, ‘You know what? Maybe I’m a part of the problem, maybe I can fix this issue not just by being not racist, but by being anti-racist. Maybe I can level the playing field and make it a fair fight,'” Acho said. 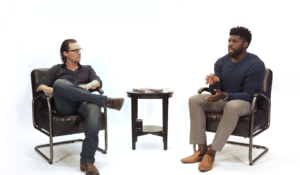 If you’re wondering how to become a better ally, we’d encourage you to follow his advice by taking an honest look at yourself and how you can change your actions. We know we will.

Acho and McConaughey cover more important topics in this episode, so be sure to watch below, and share to help spark more conversations.

Get more stories like this in your inbox! Sign up for Smile, our free daily good news email read by over 825K people! “One of my all time greatest pet...

Take Your Investments To The Next Level — While Making The World A Better Place.

Maya Angelou once said, "When you know better, do better." In the same way more of us are looking to be more conscious consumers, more and more people are looking...

Dear Autism, Thank You For Showing Me Different Can Be Good

Get more stories like this in your inbox! Sign up for Smile, our free daily good news email read by over 825K people! “Dear Autism, I have to be honest, I...