MaryLou Piland knew that she was going to marry her husband Anthony the first time she laid eyes on him. In her own words, “the poor guy never knew what hit him.”

MaryLou is a first-generation Italian-American, and Anthony was both black and non-Catholic. Her older sister, Nancy, warned that their family would never accept the budding romance. However, MaryLou was far too in love to consider a life without Anthony.

In a powerful storytelling segment, MaryLou explained that after several years of knowing and loving Anthony, she knew it was time to introduce him to her family. 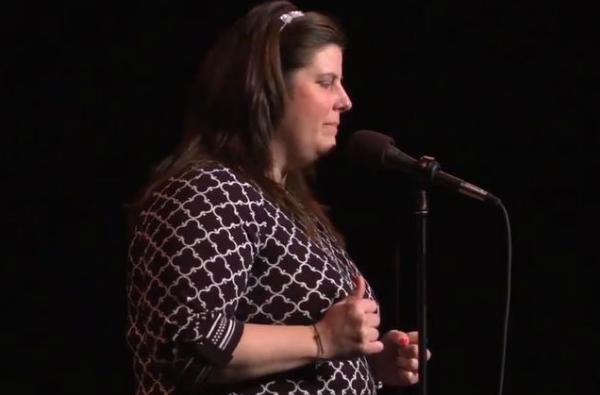 She joked that she chose to bring Anthony by her father’s car wash business because he wouldn’t kill her in front of the customers. A surprisingly polite conversation between her then-boyfriend and father made MaryLou believe that her family could accept the interracial relationship.

But when she went home and “nobody would talk” to her, she was crushed to realize she’d be forced to choose between her family and the man she loved. 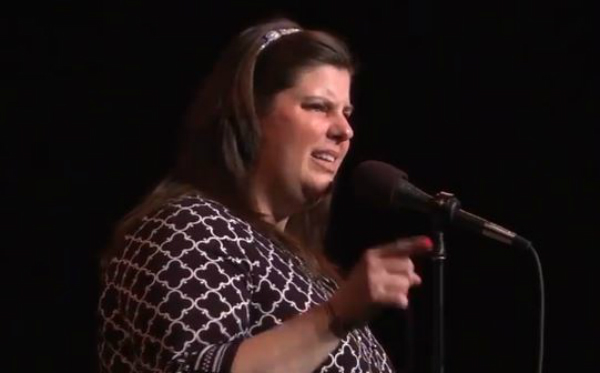 But it wasn’t really a choice.

When MaryLou’s father laid out his ultimatum — Anthony or her family — she informed him that she’d be out of his home that night. This led to a chaotic reaction that included being slapped by her aunt and threatened with a gun by her uncle!

Only her grandmother offered support, encouraging MaryLou to follow her heart. 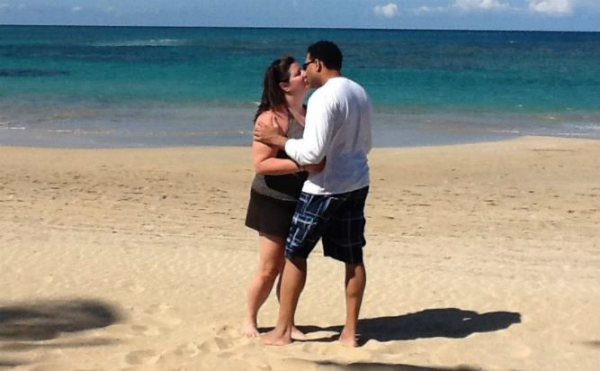 Anthony, for his part, believed everything would work out in the end, and the two were married. After months of distance, finally, MaryLou’s family caved. When they got to know her husband, they also grew to love him, and the prejudices and anger melted away.

By listening to her grandmother and following her heart, MaryLou forced a change that echoed throughout her family.

Now MaryLou, Anthony, and their three sons — Anthony, Michael Anthony, and Marc Anthony — are as much a part of her Italian family as if they’d always belonged and been there.

Hear MaryLou’s moving story in the video below. If you loved this real-life lesson showing that love truly conquers all, don’t forget to share!