David Saville lives by the saying he’s become famous for: “The only disability in life is a bad attitude.”

The Norcross, Georgia, native has always ignored the so-called limits others place on him. David was born with Down syndrome, but he’s never once let that keep him from doing whatever he wants. 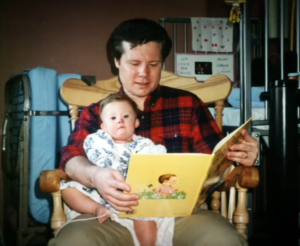 His parents, Bob and Diane, always believed in him. “We just assumed he could do everything,” Bob said. And he did!

Before graduating from Norcross High School in 2008, David became an Eagle Scout, took homecoming king, and signed up to be the football equipment manager for their state championship team — not to mention he befriended everyone. 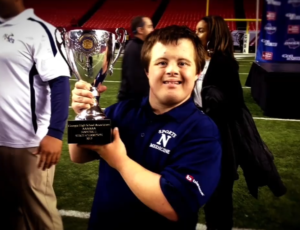 Then he went on to study at Clemson University in South Carolina, where he entered a program called ClemsonLIFE that helps people with intellectual disabilities live independently and find work. Through the transitional program, he was able to move into an apartment with other participants and land a job at Ingles while working toward his diploma.

But perhaps the most life-changing experience for David was the day he met Clemson’s football coach, Dabo Swinney, who made him the Tigers’ equipment manager in 2011. 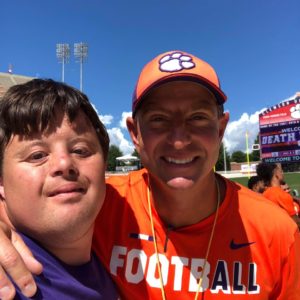 In the years since he joined the team, David has become one of its most well-known and loved members. With his can-do attitude and uplifting spirit, he’s earned his title as “the heart of Clemson football.” 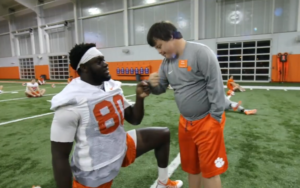 “No matter what’s going on, he’ll always pop in or swing by and immediately bring joy to everyone he’s around,” his coworker Chris Egan said. “Whether that be with a hug, being excited, or breaking out his dance moves.” 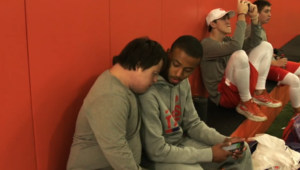 Inspiration is also something David spreads wherever he goes. In late April, the Norcross graduate returned to his former high school to encourage the football team with his favorite messages from Swinney.

Assistant Norcross football coach Corey Richardson uploaded a video of David’s heartfelt speech (complete with his famous line) to Twitter. “I want you guys to be all in,” David says. “That’s what Coach Swinney says, and the only disability in life is a bad attitude.”

Talk about living life to the fullest! It’s no wonder David is loved by so many. We’d all benefit from taking his wise words to heart.

Learn more about this incredible man’s story in the video below, and share to inspire others.

The heart of Clemson football

David Saville once told Dabo Swinney he was going to work for him.For a personal reason, Swinney couldn't say no. Now, Clemson Football has an equipment manager unlike any other.