In many ways, families are as unique as snowflakes. Though there may be similarities, no two are ever completely the same.

When Madison Holley and Tyler Mcilveen’s son Cade was 2 years old, the couple decided to separate and go their own ways. Although their feelings for each other had faded they both remained committed parents to their son. Madison says that even though those early days were difficult they both made a concerted effort to handle the split maturely. 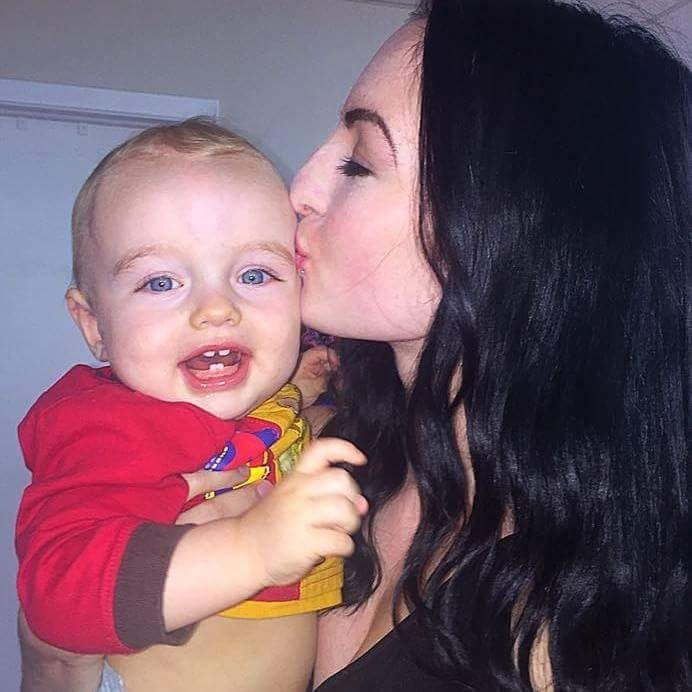 “One thing we agreed on was doing what was best for Cade,” Madison said. Madison and Tyler promised they’d always keep things civilized so that Cade could grow up knowing he has two parents who love him more than anything. They even worked out a custody sharing arrangement and never had to get lawyers or courtrooms involved.

Madison has now fallen in love and gotten engaged to Cody Pietz, and the two recently welcomed baby Waylon together. Just 24 hours after the baby was born, Madison snapped a photo of Cade and Waylon leaving the hospital with their fathers, and the resulting image is a testimony to the power of blended families. 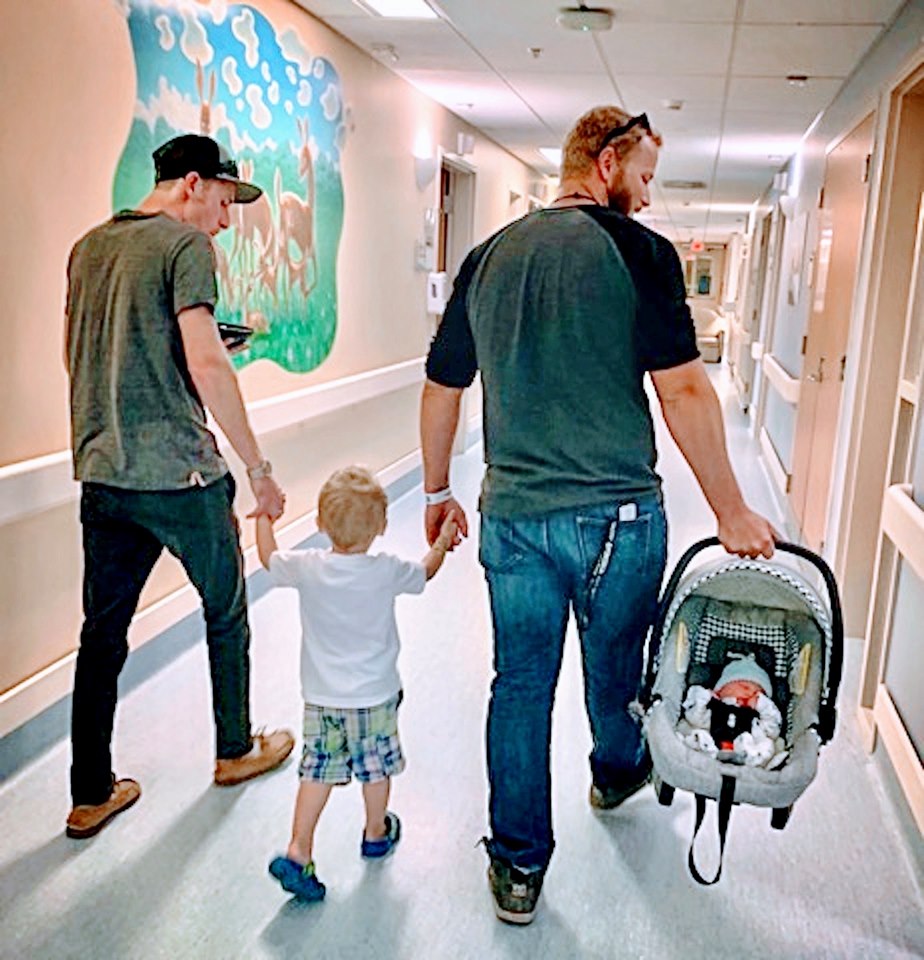 “Just because a relationship doesn’t work out between two people DOES NOT mean the relationship with the child shouldn’t,” Madison wrote on Facebook. “I would never take that away. Every child needs a mother and father figure and my son Cade just happens to get some extra love.”

The picture quickly went viral, with people admiring the way Madison, Cody, and Tyler have managed to make their unique family work. “Be civil and co-parent. If you made the child together it’s both your job to raise the child,” Madison reminded us. 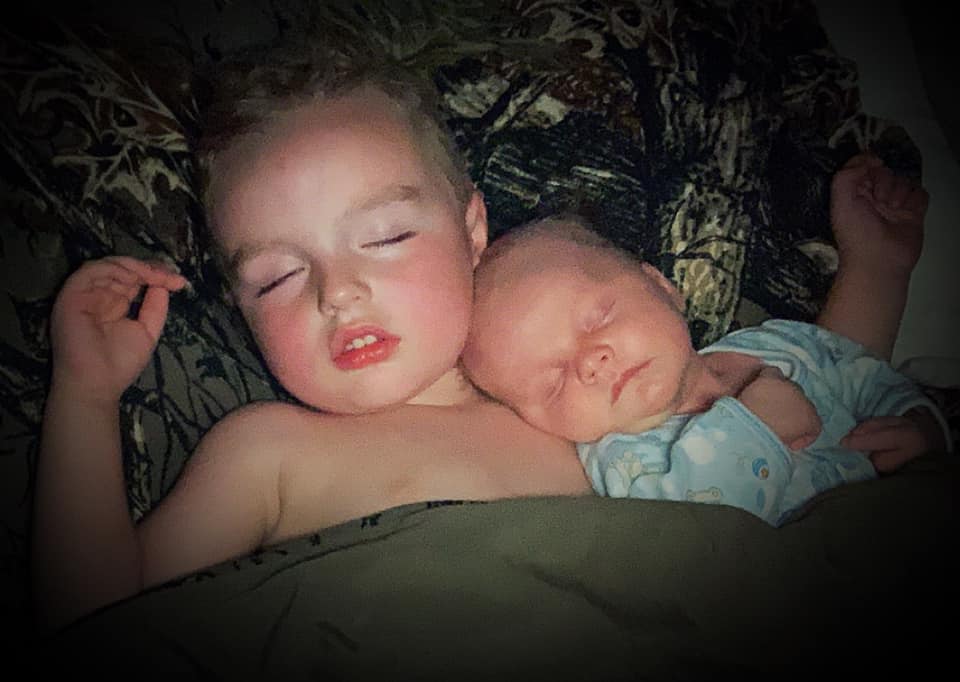 Madison says that she’s pleased with the way the public has reacted to her photo. “It made me really happy,”she explained. “It’s two people that I guess mean a lot to me. Both of them are the fathers to our children. The fact that they can get along and all four of us could sit in the hospital while I have another child with someone else was just really amazing.”

The young mom also credits her ex’s new girlfriend Karin Gray for encouraging all of the adults to come together to support the children. “She’s the biggest reason why the four of us could co-parent the way that we do. She invited us over for Easter and sat us down to talk about how we could make it work. She became a really good friend.”

If Madison could offer one piece of advice to other couples who are navigating co-parenting after a split, she says it’s important to “stay honest” with one another. Mutual respect and communication is key! 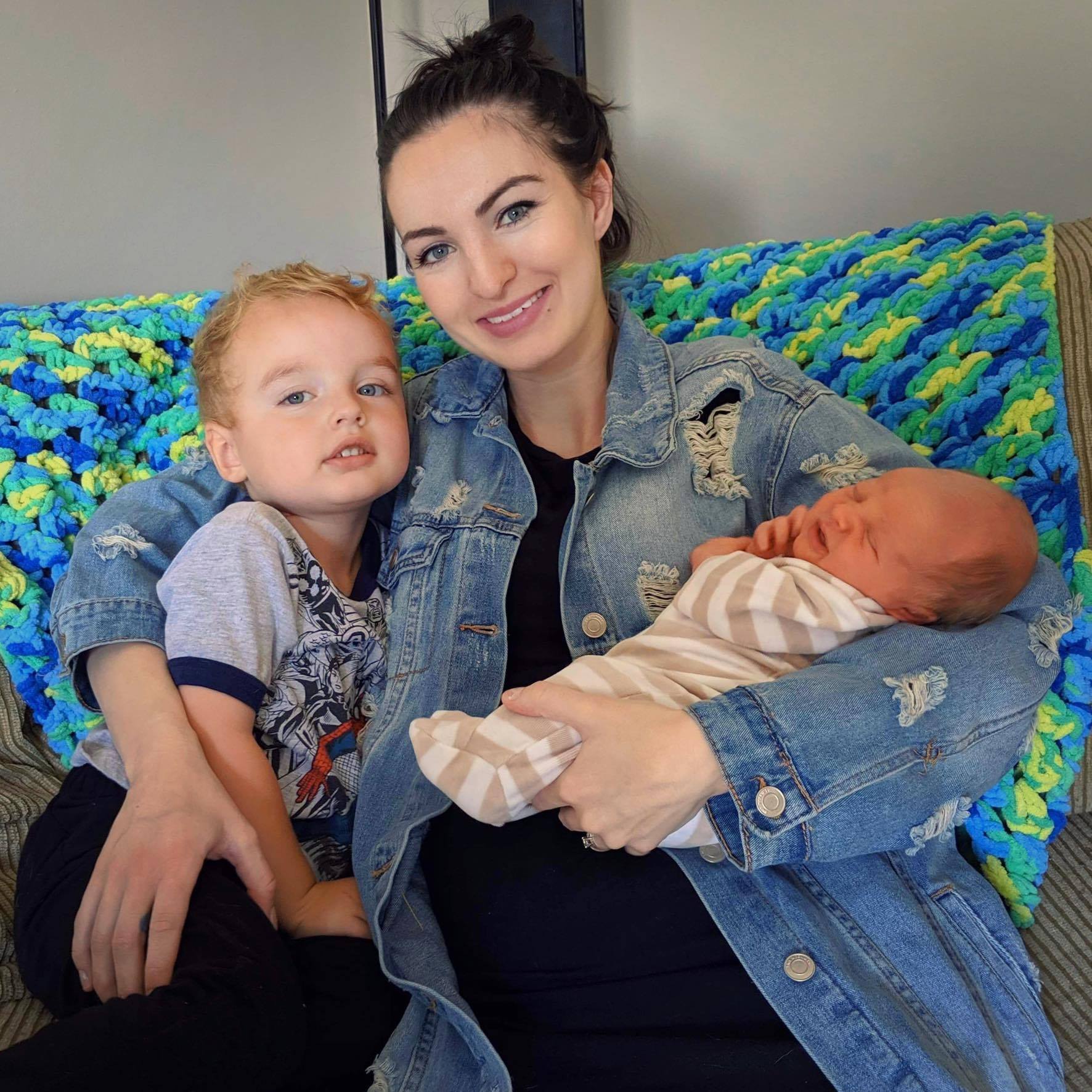 There’s a lot to love about this story, but the fact that all of these people have put their kids’ needs first is the best takeaway we could ask for. No matter what happens in your love life, the decision to bring a child into the world means you have to be a parent for as long as they need you, which is forever!

Share this story to spread the love for blended families a little bit further.

It takes a strong man to be a great dad to his daughters... but it takes a truly confident man to squeeze himself into a leotard just to make his...