Newlywed Chris Rowe of New Jersey has some pretty big shoes to fill.

On the day Chris married his fiancee, Krysten Green, his father-in-law pulled off the greatest surprise of his daughter’s life. Krysten has always been an enormous Disney fan, so as her father gave a toast at the reception, he naturally put on a huge pair of Mickey Mouse gloves and reminisced about how much Krysten adored all things Disney as she was growing up. 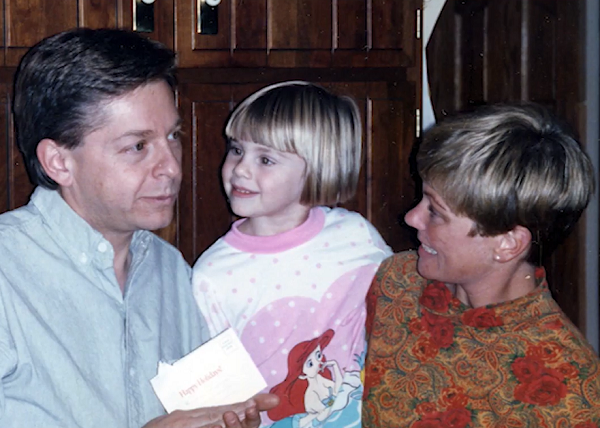 As her dad gesticulated with his big Mickey gloves, Krysten looked on in amusement from her seat next to Chris at the edge of the dance floor. Her dad then asked her what her favorite Disney film is, and she replied “Little Mermaid” without a second of hesitation. Dad then turned and left the room briefly, returning with a very special guest on his arm. 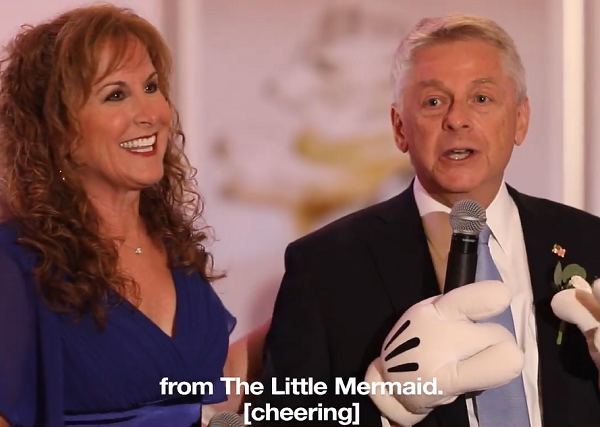 That special guest was none other than Jodi Benson, the singer who lent her voice to “Ariel” in the animated classic!

To say that Krysten was surprised is an understatement. We’ve never seen a bride look this shocked but delighted. Her mouth hung open and her eyes bugged out as she goggled at a living, breathing memory from her childhood. 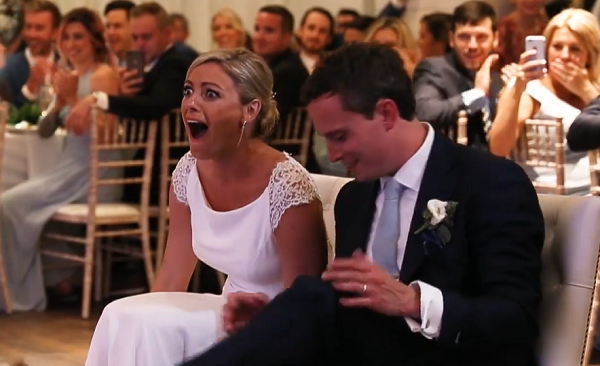 Jodi confessed that she’d never sung at a wedding that wasn’t for one of her family members before, so Krysten seemed especially honored. Seconds later, Jodi began singing in the instantly recognizable voice of Ariel, filling the reception hall with the soaring vocals that made “Part of Your World” a worldwide hit. 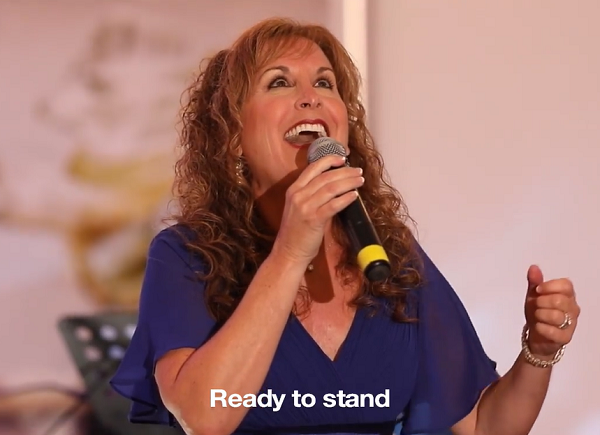 Krysten and her family watched in awe, and you can see wedding guests behind her wiping away the tears from their eyes at this emotional experience. Indeed, watching the video gives you quite a glow, and there’s something so beautiful about the way Krysten’s dad set all of this up just to see his daughter smile on her big day.

Just look at the way he looks at her! 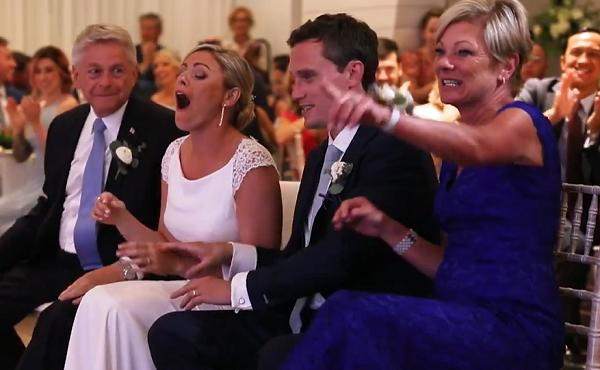 Although Jodi recorded this song decades ago in 1989, her voice still sounds pitch perfect. What an unforgettable surprise for all involved!

Carlisle Videography shared the video on Facebook, where it’s been viewed over 4.4 million times — and counting. See for yourself why this is one wedding singer who won’t be soon forgotten, and don’t forget to share!