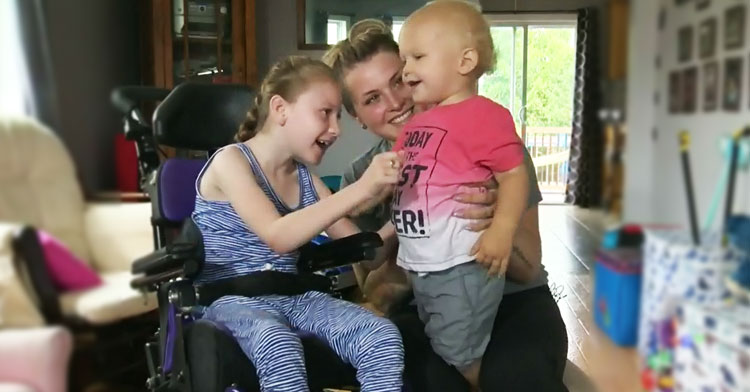 Lexie Comeau-Drisdelle cannot walk or talk, but she still found a way to save her baby brother from drowning in the family pool.

The nine-year-old from Dartmouth, Nova Scotia is confined to a wheelchair due to her cerebral palsy, but she always manages to keep an eye on her one-year-old brother, Leeland. 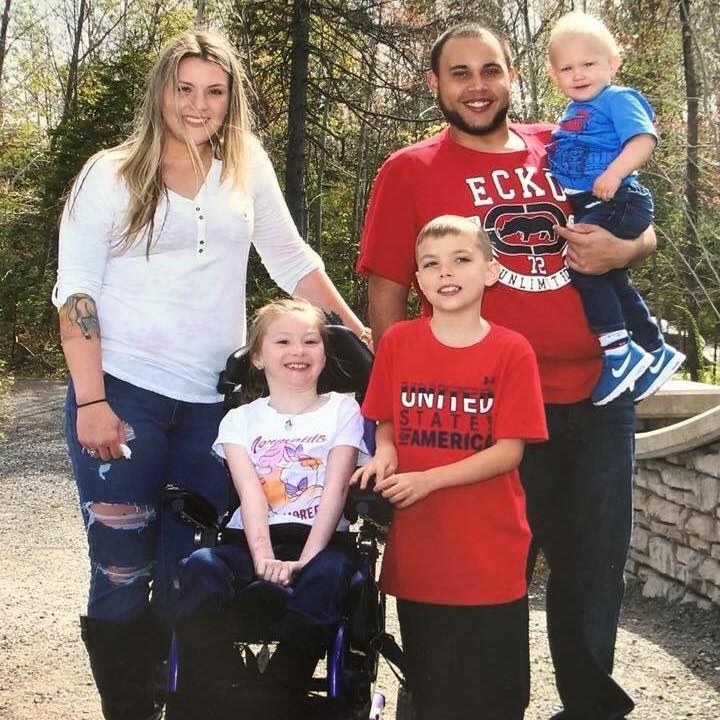 One spring day, Lexie’s family was rushing around, getting ready for a birthday party they were throwing for Lexie in the backyard.

As the adults hustled around the house, doing last-minute cleaning and setting up decorations, Lexie noticed Leeland creep out the back patio. Their grandmother had been keeping an eye on him, and Leeland had never before been able to open the back door. But the second grandma’s back was turned, he bolted towards the pool.

Although she isn’t physically able to go after Leeland or tell her family of the impending tragedy, she did what she could do in the moment: she screamed. 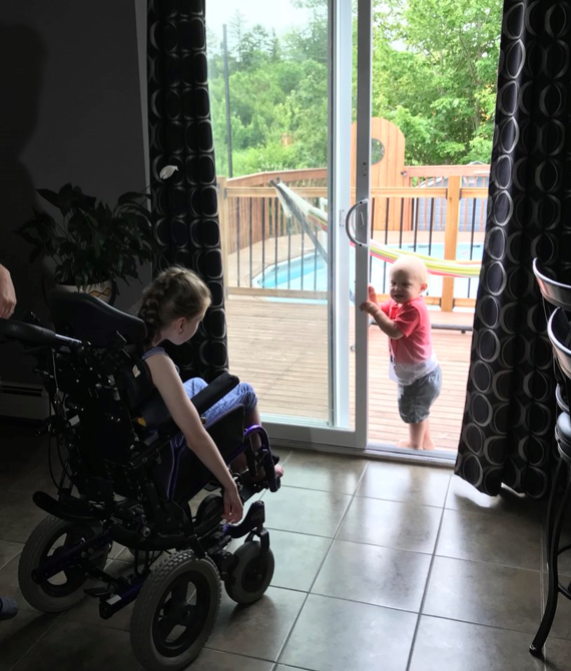 Lexie let loose such a blood-curdling scream that her entire family stopped what they were doing and came running. Lexie’s grandmother, Nancy Comeau-Drisdelle, ran into the room first and found Lexie screaming and frantically pointing towards the back door. 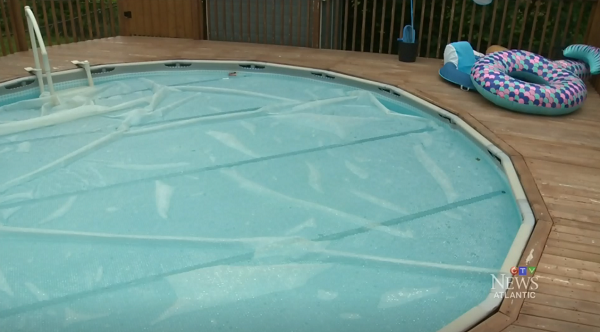 “When my mom told me what was going on, I quickly looked out the window and there, at the edge of the pool I saw his little head,” said Lexie’s mother, Kelly Jackson. “I began to panic, and my mom quickly ran towards him and pulled him out.” 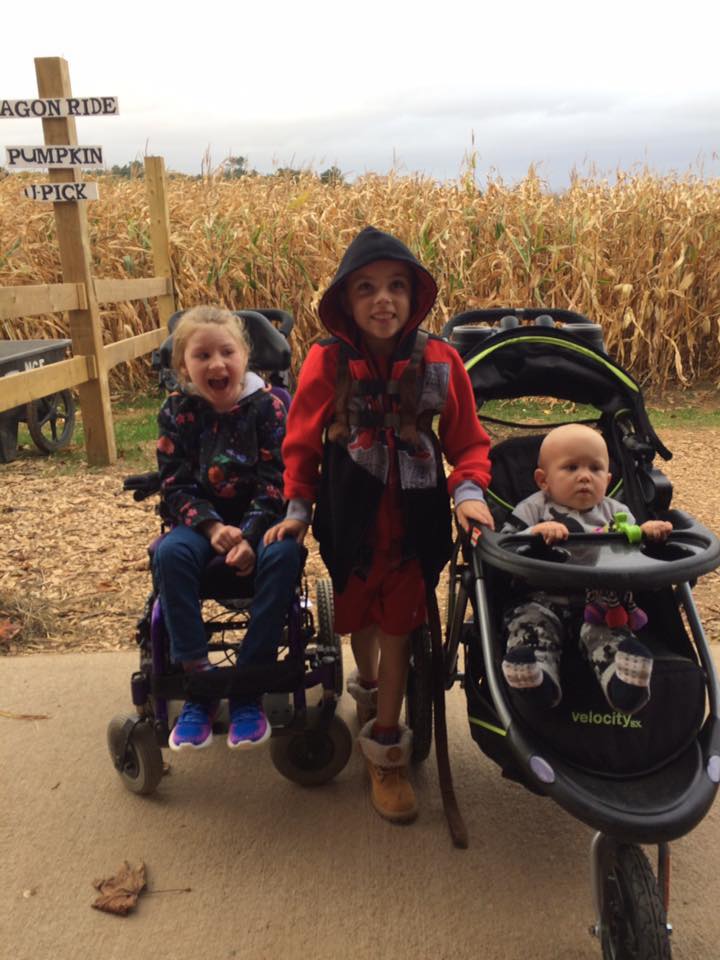 Because Lexie was quick to get help, her little brother is just fine.

“At that moment, it was so scary. We thought it was not going to end well, we hugged him a million times. In two seconds a life can change and we are just thankful that Lexie was so quick to alert us,” Kelly said.

The next day, the family installed a gate around the pool, complete with a padlock. 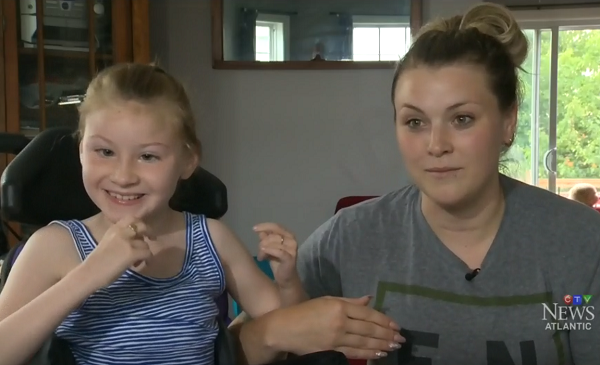 Now, Lexie is being praised as a hero by the Halifax Regional Council and her city’s police department.

Heroes come in all sizes. It was a real pleasure to recognize young Lexi for alerting her mom when her toddler brother made a dash for the pool. @TonyMancini_NS pic.twitter.com/EFaIbBo3Wv

Kelly says that she hopes Lexie’s story will help others realize that just because someone has a disability like CP, it does not mean they’re not intelligent and understanding of what’s happening around them.

“Some people think that because they have a disability, they are not able to do things, but if she could walk, she would have grabbed him and he would have never gone out there,” Kelly said. “Her disability is all physical. She is a very bright girl.” 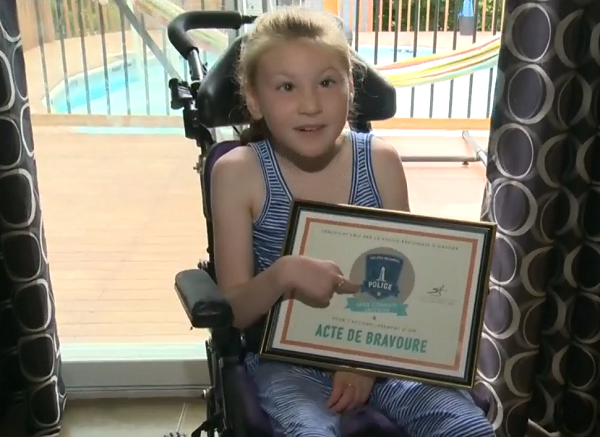 Now Lexie is not just a smart, loving big sister— she’s a hero, too!

Please share this story to encourage everyone to practice backyard pool safety, and to never underestimate the power of having a loving sibling on your side.