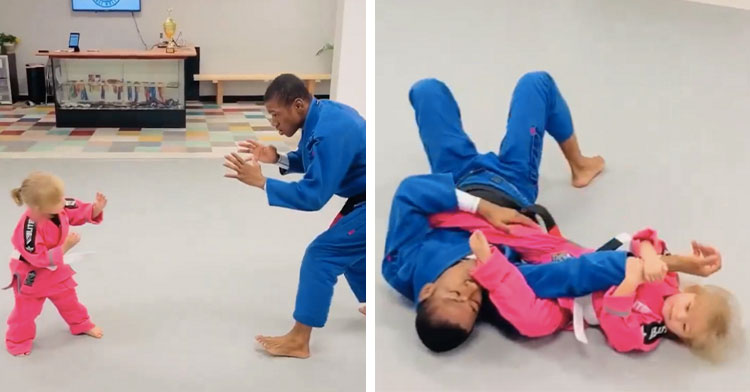 Leilani Scott may just be 3 years old, but she’s been practicing judo long enough to have some serious skills. Her mom Yanira recently recorded a video of her daughter owning her instructor, and the pint-sized ninja has gone viral! 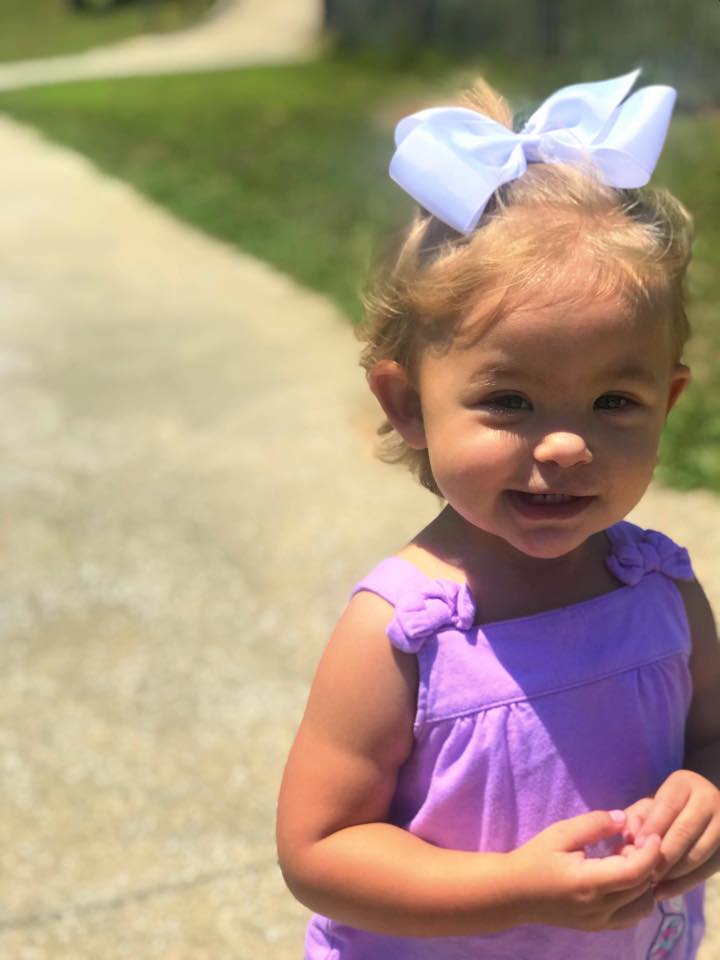 Leilani was attending instructor Tâniel Abu Jesus’ judo class at Ares BJJ Sanford studio in Sanford, North Carolina, when the video was made.

In the clip, we see Leilani decked out in a hot pink uniform with her hair tucked sensibly into a ponytail. She’s wearing a white belt, which signifies that she’s still a beginner, but when Tâniel performs a series of slow-motion moves, she has no trouble keeping up! 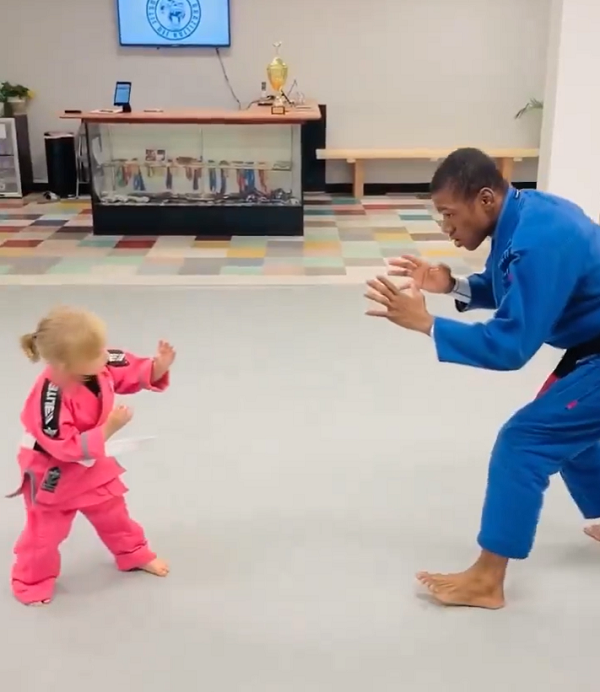 Martial arts are designed to take away size advantages. If you have any doubts, just watch Leilani demonstrate the motions she’s practiced. It’s all about knowing how to hold your opponent!

Once she has Tâniel right where she wants him, all she has to do is flip him over and pin him down. Piece of cake! 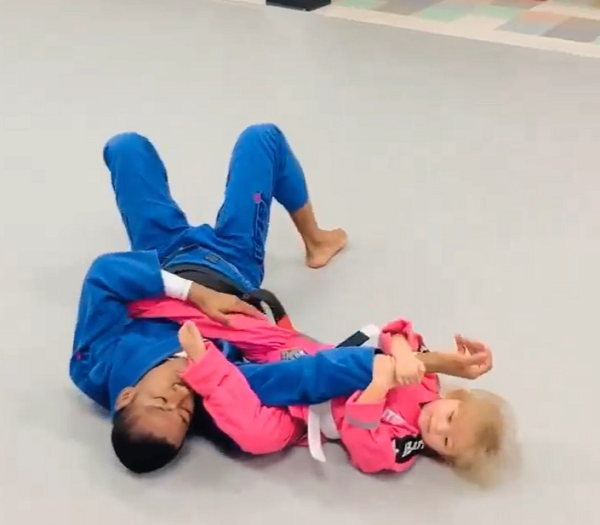 “We all know this is cute, but look how solid her technique is,” one fan wrote on Facebook. Another added, “That coach is great with that little one.”

“My son was one of his students,” a father chimed in. “He is literally the best coach in any sport I’ve ever seen.” 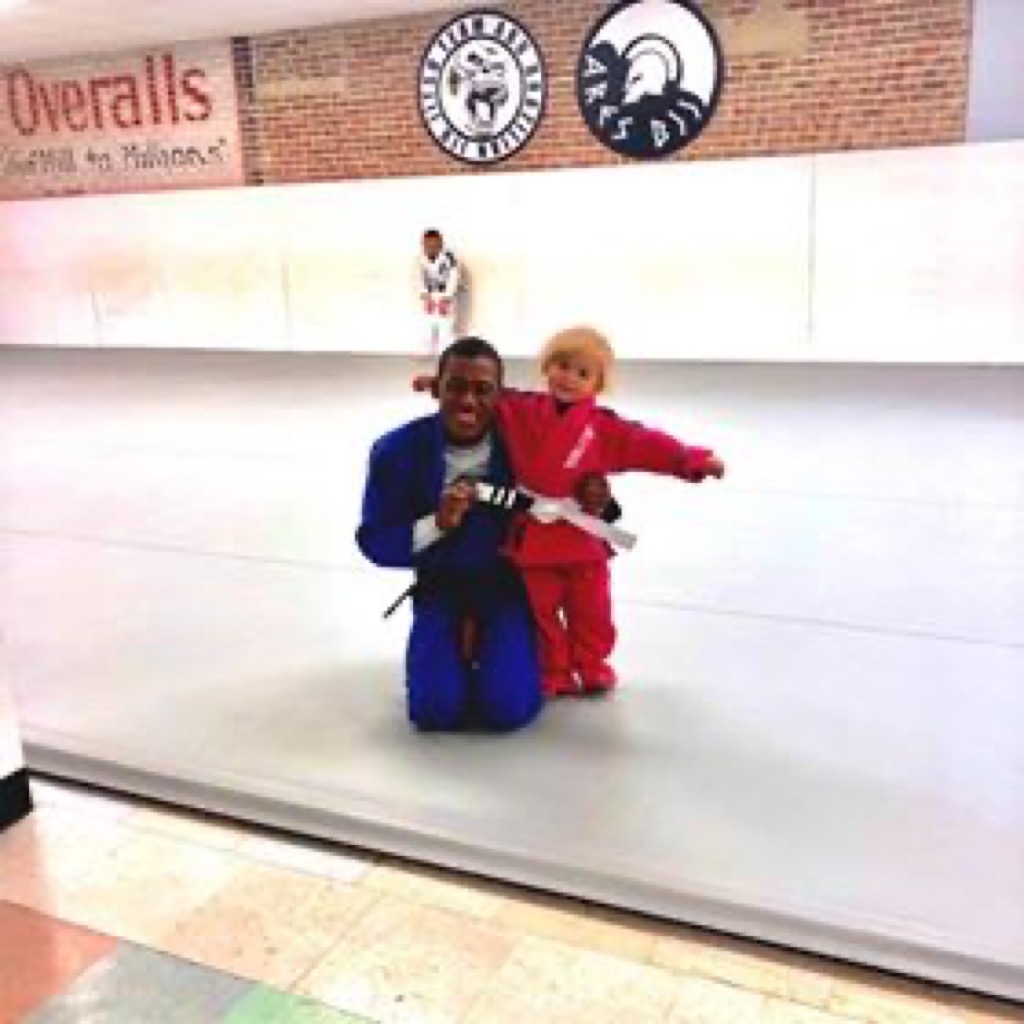 This little girl is off to a great start, and it’s all thanks to Tâniel’s wonderful teaching. We could watch this adorable “David and Goliath” moment every day!

Check out Leilani’s impressive moves in the video below, and don’t forget to share this story with your friends.