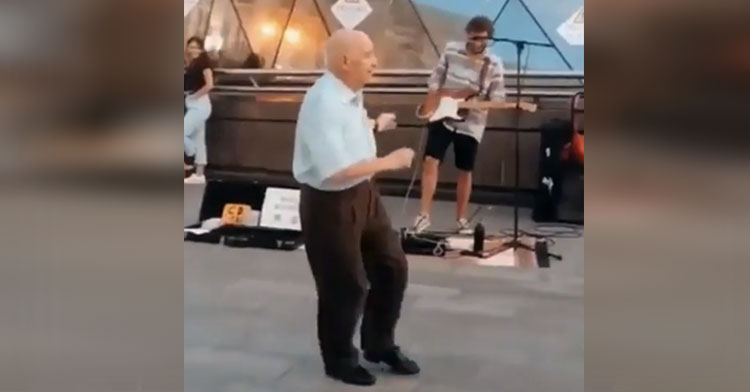 Old Man Gets His Boogie On When Busker Starts Playing “...

Sometimes the music just speaks to you. It’s like no matter how hard you try, you can’t sit still because you feel like you just have to get up and dance.

One very lucky crowd listening to a street musician got the show of their life thanks to an elderly man who was really feeling the music. He went out and started dancing his heart out, which only elevated the mood of everyone watching. 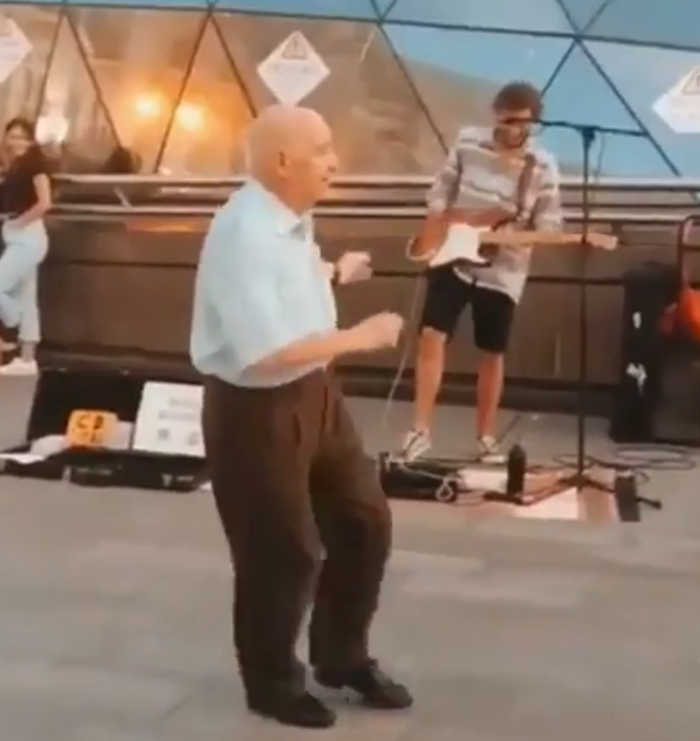 A crowd of people circles around a musician who is playing his guitar and singing in the street. He begins singing the classic “ladies night” jam and everyone in the crowd seems to be into it.

One man, in particular, is really into the song because he makes his way to the front of the crowd, near the musician, to bust some seriously awesome moves. These aren’t your typical “sweet old man” moves, either. He has rhythm and style in every step. 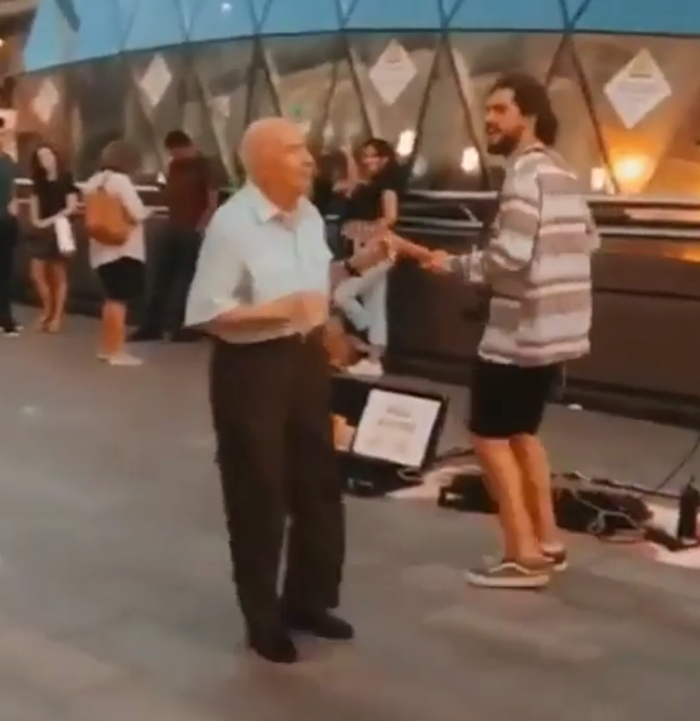 Whether the musician is equally into the music, or scared that this guy is stealing the show is unknown (both are equally likely), but he quickly comes out from behind the mic and dances around with him while continuing to play the guitar. The crowd cheers them both them on. 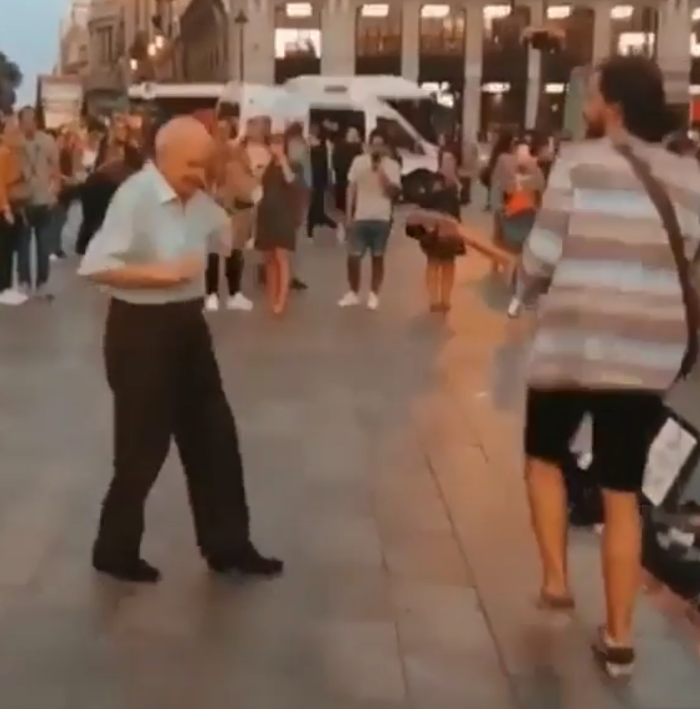 Eventually, the musician gets back to singing as the man laughs along while he dances. Sadly, the video isn’t longer because this dancing duo has the power to turn anyone’s bad day around because the sheer joy and excitement these two strangers share is inspiring for so many reasons. It is sure to bring a smile to anyone’s face.

Check out the sweet moves in the video below, and remember to share this video with anyone else who could use a smile today.