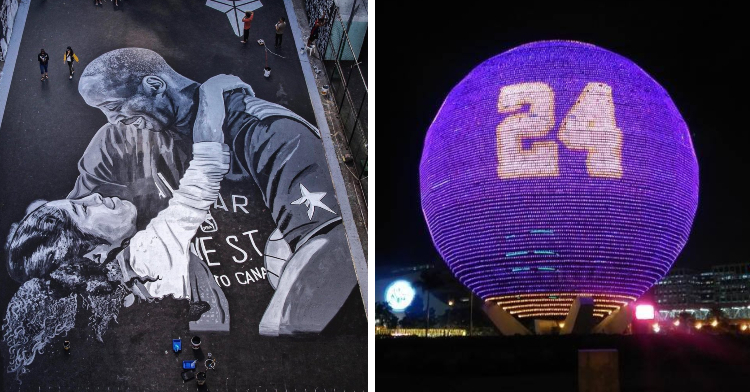 15 Emotional Tributes To Honor Kobe Bryant From Around The W...

On January 26, 2020, the world lost a legend. NBA star Kobe Bryant was just 41 when he passed away in a helicopter crash that claimed the lives of eight others, including Bryant’s 13-year-old daughter.

In times like these, it’s especially important to come together and create safe places for grief. Here are just 15 of the countless tributes people around the world have made to honor Bryant’s life and legacy. 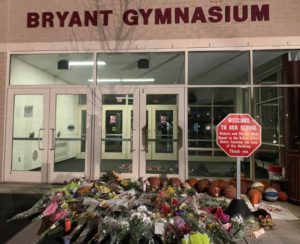 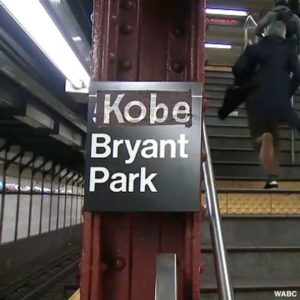 3. The giant globe at the SM Mall of Asia in Pasay City, Philippines, illuminated the night sky with Bryant’s jersey number. 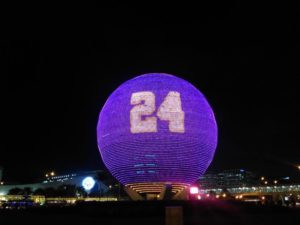 4. The Empire State Building glowed purple and gold the night of the accident. 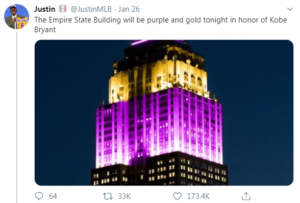 5. The same colors shone from the exterior of Los Angeles City Hall. 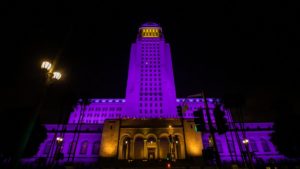 6. A mural of Bryant and Gianna appeared on a public court in Taguig, Philippines. 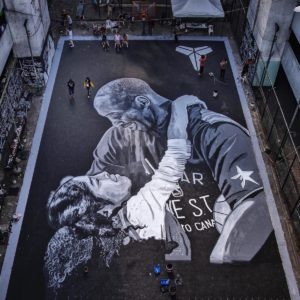 7. Love for Bryant made its way to Orange County, where beachgoers drew a basketball in the sand. 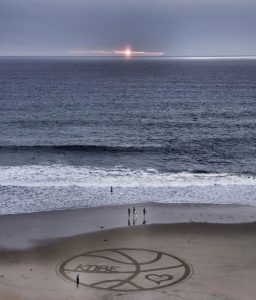 8. A Los Angeles florist gave a beautiful gift to a mourning fan.

9. People remembered their hero through his own inspiring words. 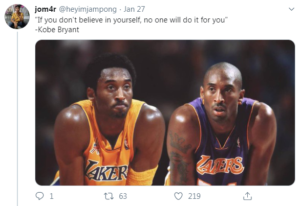 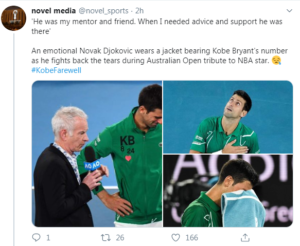 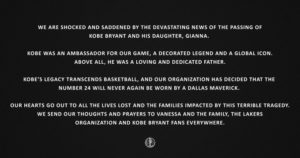 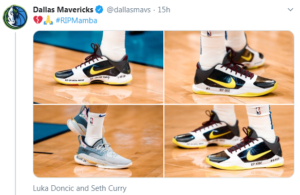 13. Bryant’s former teammate encouraged everyone to cherish their happy memories.

“For those Kobe fans that are out there, that are feeling like I feel right now, just try and think of all the joy that he brought you.”

14. Alicia Keys, Boyz II Men, and Lizzo dedicated their Grammy performances to Bryant and his family.

"We love you Kobe." @aliciakeys and Boyz II Men sing in tribute to Kobe Bryant and his family at the opening of the #Grammys https://t.co/kk0nIau0ee pic.twitter.com/v3KpXSkvyW

15. Public figures who knew and respected the athlete flooded Twitter with messages of love. 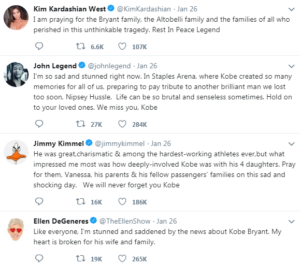 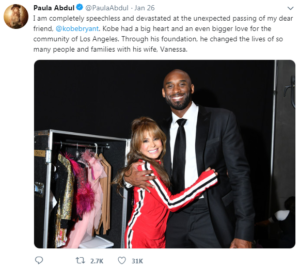 Rest in peace, Bryant. Our hearts go out to the families of everyone involved in this terrible accident. May they find comfort in the outpouring of support from around the world.

Share this story to honor Bryant and the other eight people whose lives were lost too soon.