Natural disasters are often just as devastating to animals as they are to people.

With bushfires raging across Australia’s east coast, the conservation of vulnerable species like koalas is more critical than ever. That’s where a special pooch named Bear comes in! 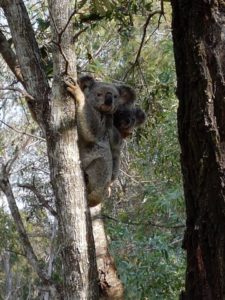 The border collie-Koolie mix had a difficult start. His owners gave him up after he was diagnosed with obsessive-compulsive disorder. Since dogs with the disorder don’t enjoy playing, they didn’t want him as a pet. Thankfully, the tragic turn of events led Bear to his greater purpose. 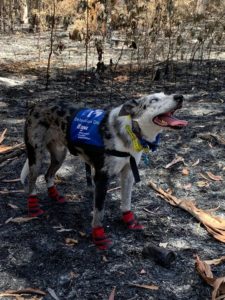 He was taken in by the University of the Sunshine Coast as part of their Detection Dogs for Conservation project. There, they trained Bear to find sick, injured, and orphaned koalas.

Now he’s one of several dogs that can detect target scents and potentially save rare and endangered species! 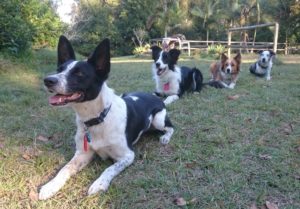 Bear has done such a fantastic job that he’s now the only dog in Australia that can track a koala by the smell of its feces and fur. According to Rebekka Thompson-Jones of the International Fund for Animal Welfare, that makes him an incredible asset to koala conservation efforts.

“Once he finds a koala, he sits very still to indicate to a human that he is near a koala,” she explained. “He’s then rewarded with a ball, which he’ll chase.” The koalas he rescues are then treated and cared for as they recover. 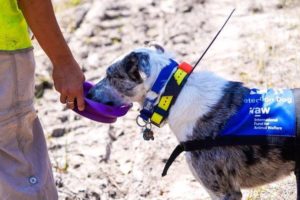 Recently, Bear and his handler joined search efforts in Queensland. Using his trusty nose, Bear got to work scouring the scorched area.

Although he doesn’t always find koalas, IFAW wrote that they are “hopeful survivors will be found in nearby areas.” 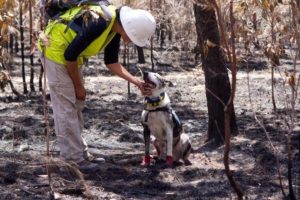 We have no doubt that Bear will soon be a hero to koalas all over the country. While he isn’t a pet anymore, he remains an incredibly good boy!

Share this story to raise awareness about koala conservation.