Being able to communicate freely is something many of us often take for granted, and one of the sweetest things you can do for someone is to learn their language.

In a video that’s going viral, a group of adorable kindergartners at Hickerson Elementary School in Tullahoma, Tennessee, surprised their custodian by going out of their way to speak to him in his language. With help from staffers Ms. Alyssa, Ms. Amy, and Nurse Angela, the classmates learned how to use sign language to sing “Happy Birthday” to Mr. James, who is deaf. 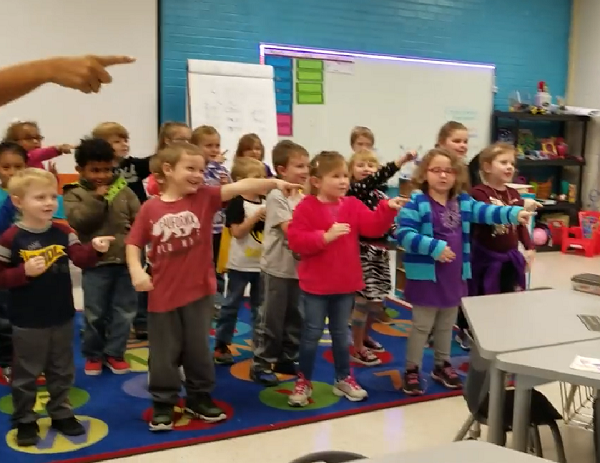 Mr. James turned 60, but he looks like a child himself when his face registers what he’s seeing. All of the kindergartners are assembled before him, and each one is following their teacher’s instructions as they work through the “Happy Birthday” song in ASL. 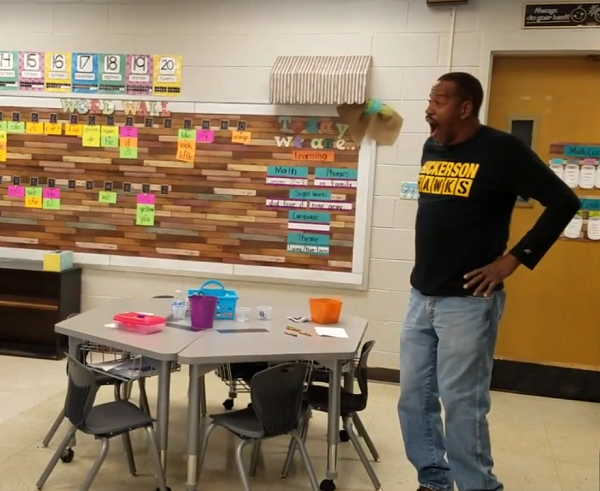 Hickerson Principal Jimmy Anderson said that Mr. James has worked in the school for the past 15 years, and in the district for 30. All of the kids adore Mr. James, and he has been known to teach kids words in ASL himself.

“Mr. James teaches the kids sign language every now and then, teaches them good manners and how to treat other people,” the principal said. 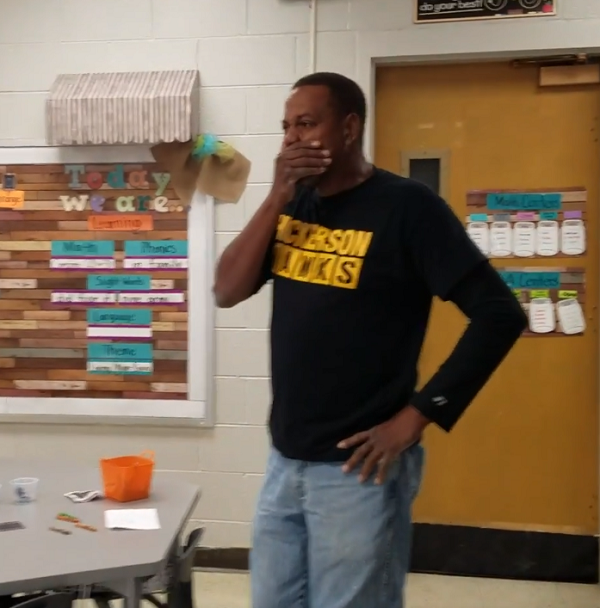 After the school shared the video of Mr. James’s heartwarming reaction to the kids’ song, people everywhere were touched by the sweetness of these students and teachers.

On Twitter, people were quick to say that Mr. James had long been a great role model for students in the district, so they were thrilled to see him recognized and honored in this meaningful way.

It’s hard to convey just how sweet this video is, but the look of pure joy that spreads across Mr. James’s face really says it all. He is so moved that the kids and teachers took the time to speak to him in his own language, making sure that he felt special on his birthday. He says it really “touched his heart,” and he won’t ever forget the kind gesture.

Watch Mr. James’s birthday surprise in the video below, and be sure to share this beautiful moment with others.

Our Kindergarten classes learned how to sign Happy Birthday for Mr. James' birthday today. He was so surprised! 💛🖤💛🖤