We live in divided times, but sometimes it’s best not to believe the hype and examine the world with our own two eyes.

Writer and speaker Kevin Armentrout saw an opportunity to remind others of this fact while sitting in an airport terminal in Las Vegas, Nevada. Kevin was holding his toddler daughter, Carter Jean, who Kevin said was being “her usual inquisitive self.” As the family sat in the waiting area, Carter Jean proceeded to say hello to everyone she met. 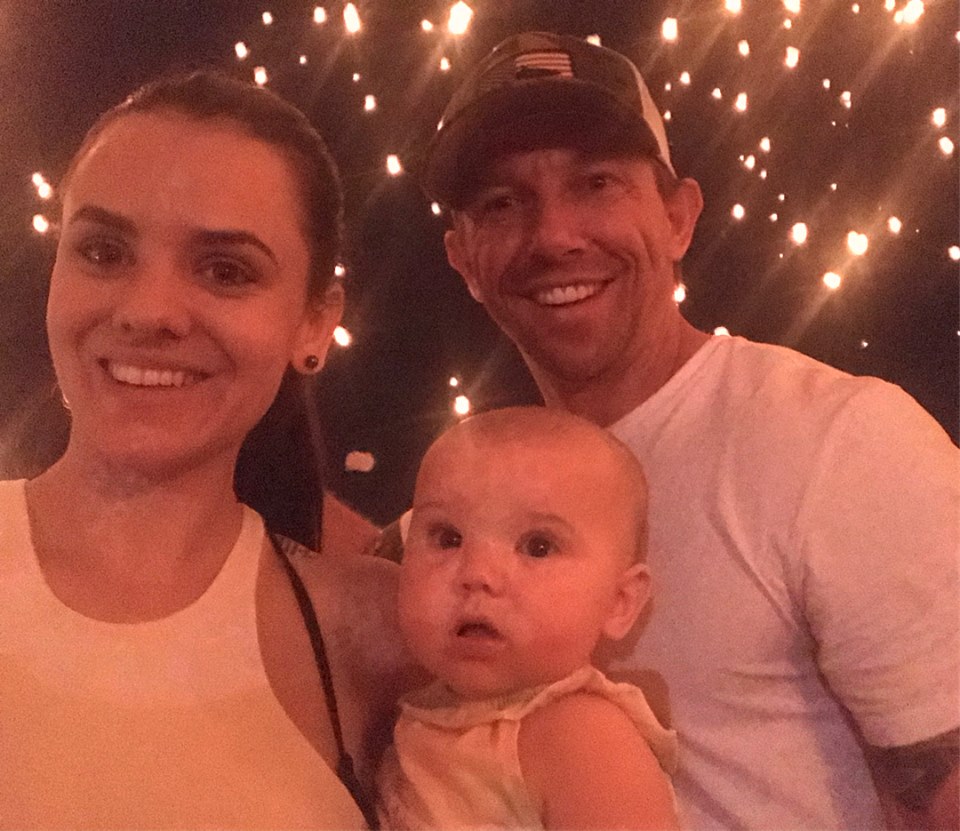 That’s when the little girl wandered up to a tall African American man named Joseph Pat Wright. Joseph was on his way home to Norman, Oklahoma after attending a conference for work. Even though he might have been tired from his journey and ready to put his feet up and relax on the plane, he greeted Carter Jean like an old friend.

“He reached out and asked if she wanted to sit with him,” Kevin wrote on Facebook. “He pulled out his tablet and showed her how to draw with it, they watched cartoons together, and she offered him snacks. This wasn’t a short little exchange, this was 45 minutes. Watching them in that moment, I couldn’t help but think, different genders, different races, different generations, and the best of friends. This is the world I want for her.” 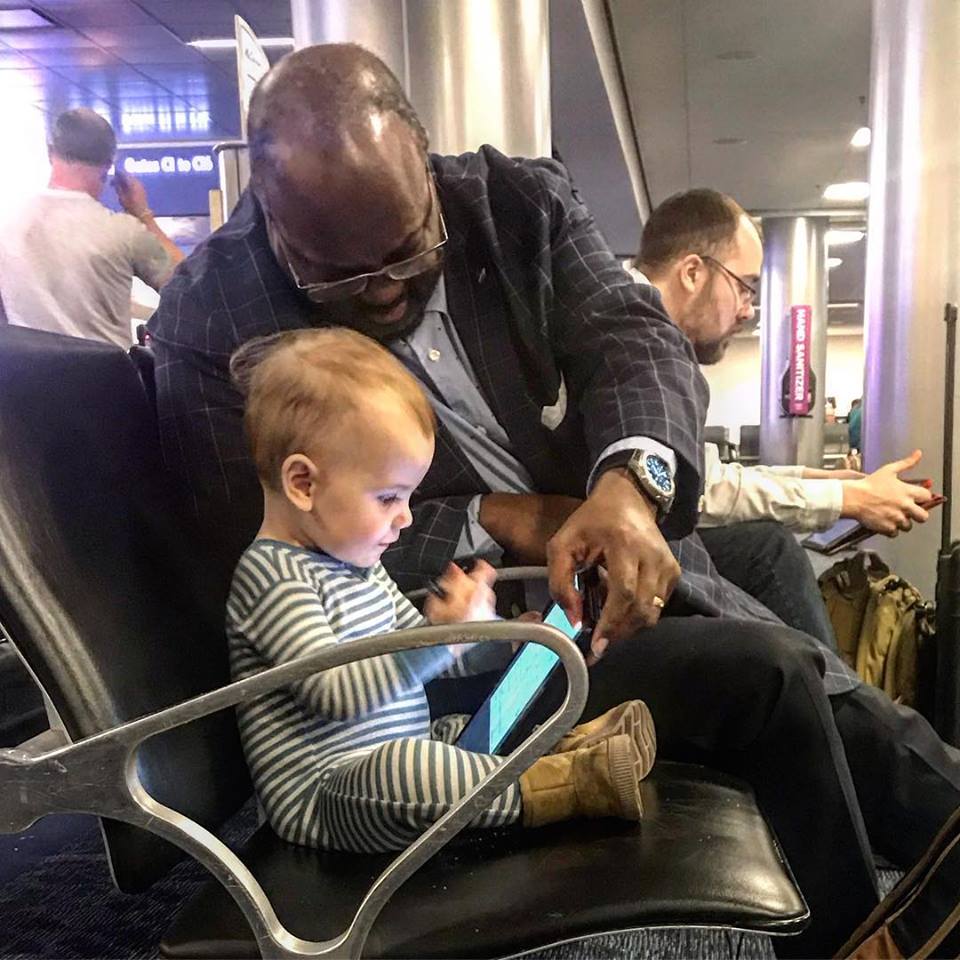 Kevin was blown away by the fact that a complete stranger would spend 45 minutes chatting with a little girl he’d just met, so he decided to use the experience as a teachable moment for his friends and followers online.

“In a country that is continuously fed that it’s so deeply divided by beliefs, I want her life to be filled with moments like this… not liberal or conservative republican or democrat, socialist or capitalist, just HUMAN. Joseph in Oklahoma, if this should happen to find you. Thank you for showing my daughter what kindness and compassion looks like. Continue to shine your light in the world.”

Once Kevin’s post went viral, people who know Joseph were quick to jump in with their own memories of his kindness.

“I love this! And I’m not surprised! Joseph Pat Wright (my brother-in-law) is a Christian man who treats everyone as a friend. He’s a true blessing and your little girl is an Angel herself! She’ll have a friend forever in him,” wrote Linda Taylor.

“As a friend and former colleague of Joseph’s, I can tell you he is indeed a great man and he is awesome with kids of all ages!” agreed Thede Green. 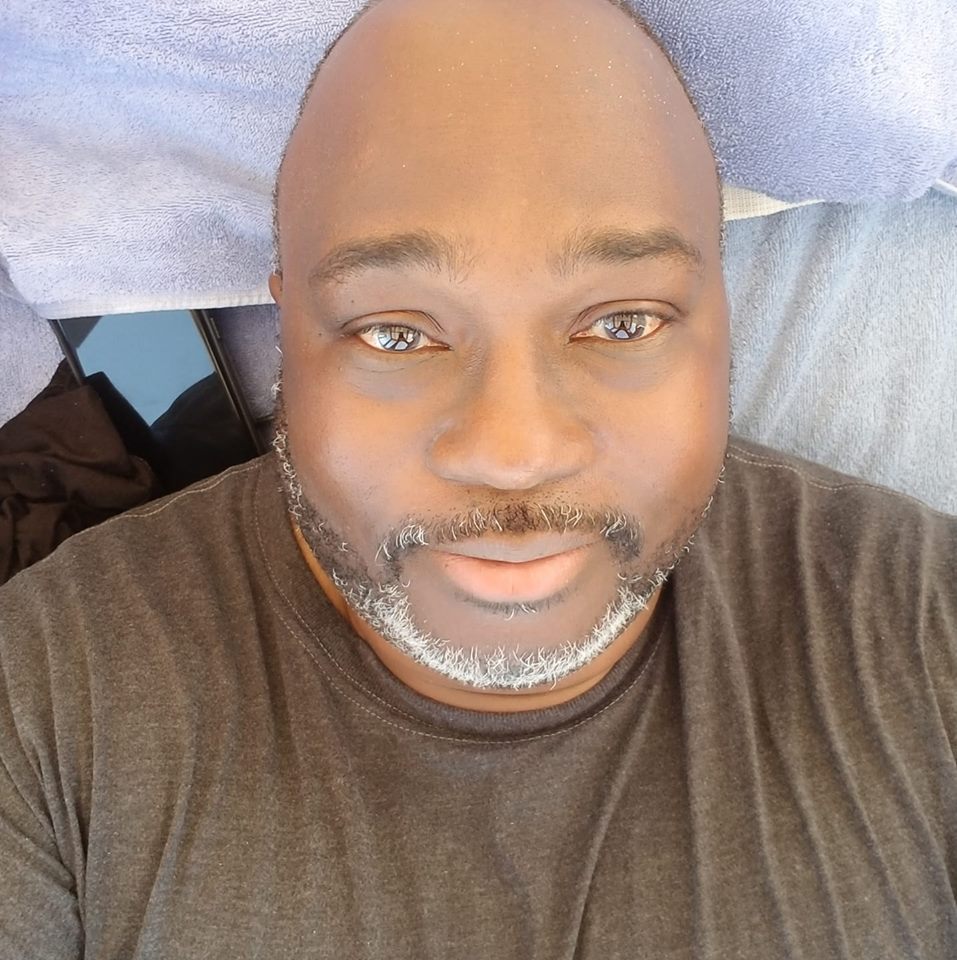 “The response I have gotten back from people in Oklahoma is that Joseph is the real deal! And has been his whole life,” Kevin later stated. He says he hopes that what people will take away from this image and story is that compassion and kindness happens every day all around us. We simply have to condition ourselves to look for the good — and when you see it, praise it.

If you agree, please share this story to inspire more love for our fellow humans and unity in our society.