Spring has finally sprung, and we’ve found the perfect way to celebrate!

Did you know South Holland is home to one of the world’s largest flower garden? The Keukenhof is a sprawling 79-acre area that features over 800 varieties of the Netherland’s famous tulips, as well as blooms like irises, daffodils, narcissi, and hyacinths. They’re all arranged in spectacular displays, and we just can’t get enough of them. 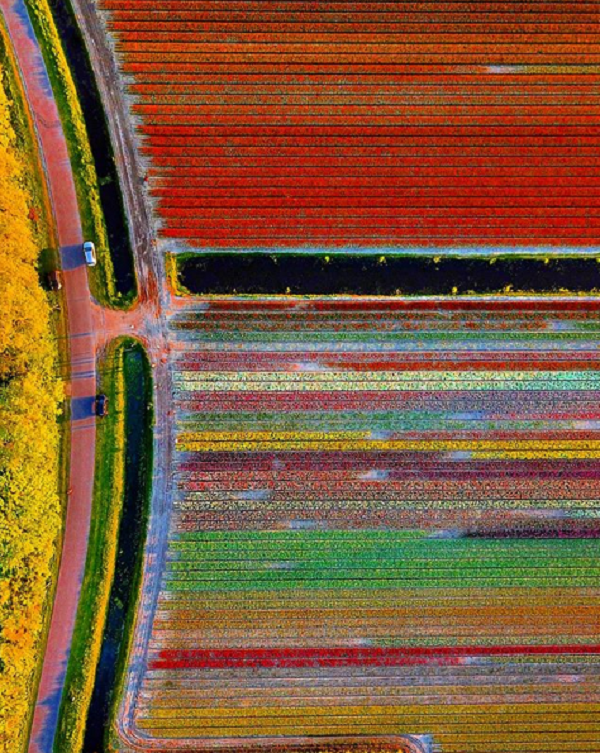 Every year, gardeners plant about 7 million bulbs to make this wonder possible, and more than 100 exhibitors called Royal Suppliers offer their best and brightest spring flowers to put on display.

The Keukenhof opens in mid-March every year, drawing visitors from around the world, and lasts until the end of the season in mid-May. While this year’s opening has been delayed due to COVID-19 concerns, the pictures are breathtaking! 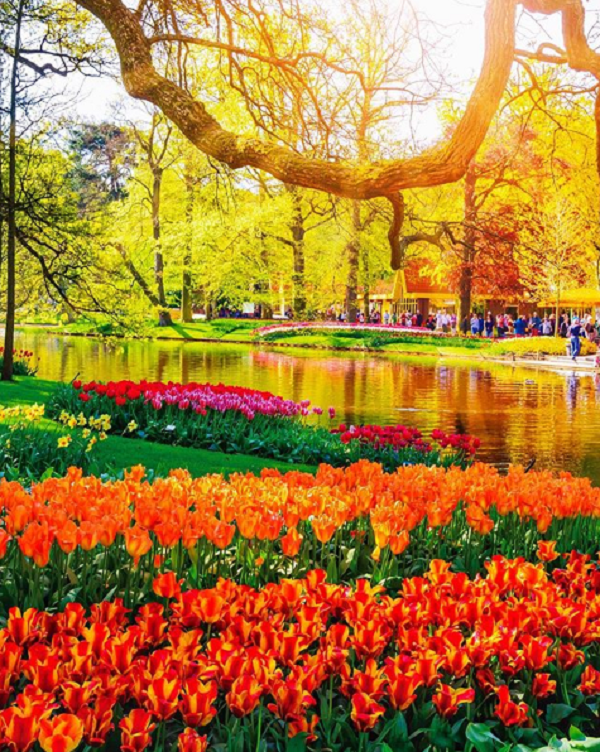 The Netherlands as a whole is often associated with tulips. In fact, they’ve been the most popular flower there since the 17th century. During the Dutch Golden Age, they were so valuable they were even exchanged as currency! 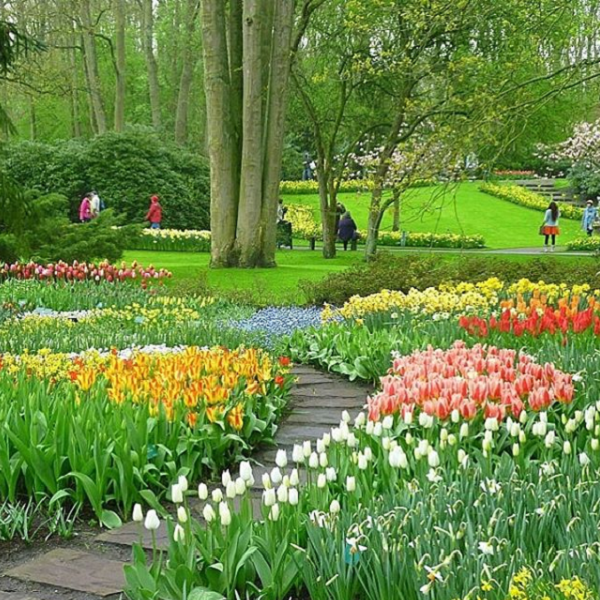 The word “keukenhof” means “kitchen garden” in Dutch, and it couldn’t be a more fitting name. The land was originally used to grow fruits and vegetables for Countess Jacoba van Beieren.

If that isn’t enough history for you, you’ll also find a stunning building called Castle Keukenhof on the grounds, which was originally surrounded by a smaller flower garden of its own. 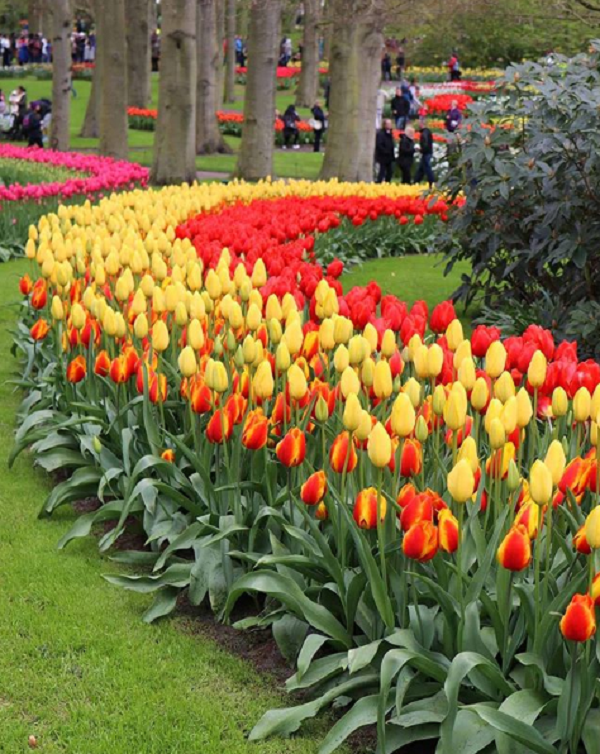 In 1949, 20 of the country’s Royal Suppliers decided to use the fertile land to show off their best bulb varieties and increase their exports. They allowed their first visitors in 1950, and the garden was an instant success. They had over 200,000 tourists that first year! 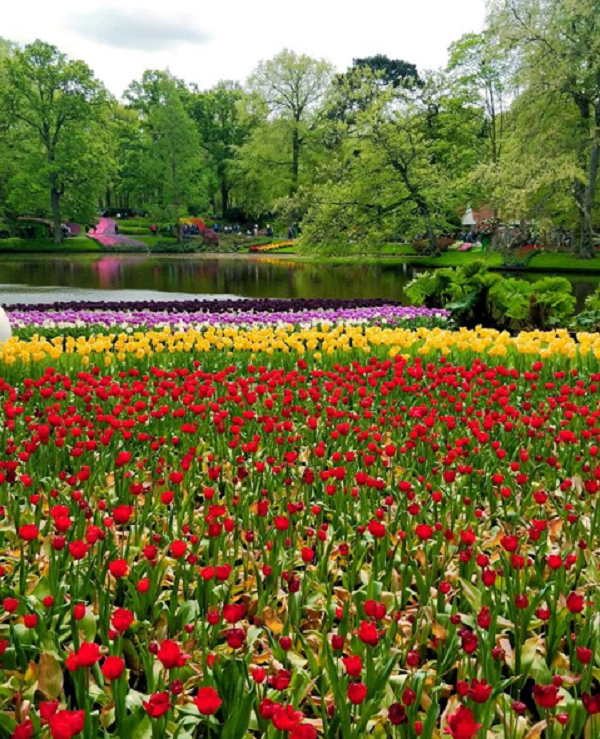 Today, millions of people flock to the gardens for the few months they’re available each spring. In 2019, more than 1.5 million people enjoyed the gorgeous scenery and unforgettable scent of the Keukenhof. 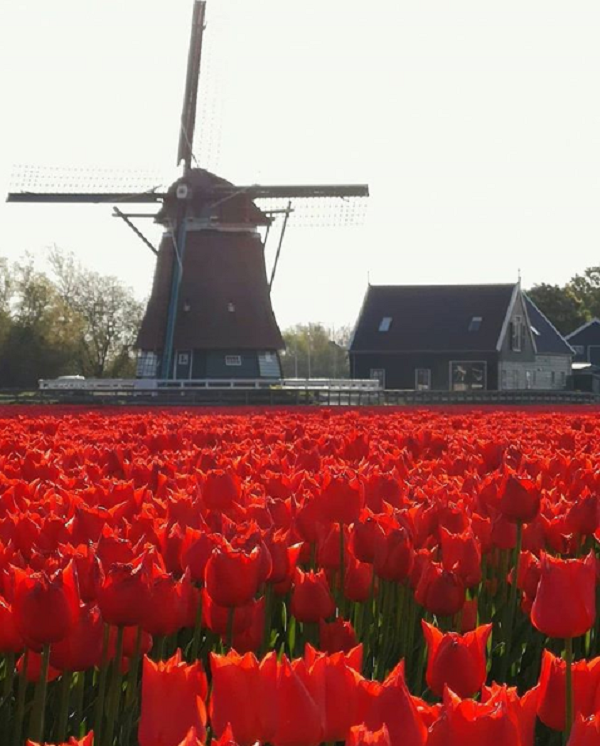 Keeping these flowers up is no easy task. A team of 40 gardeners plants the 7 million bulbs that Royal Suppliers donate. They begin their monumental task in October, wrapping up the planting by early December. 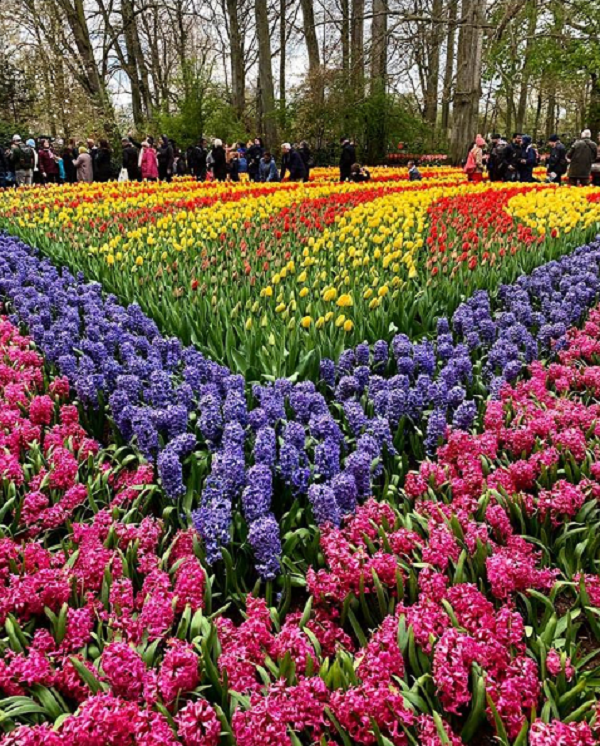 Everything is perfectly scheduled so each flower blooms at the same time! Gardeners will even plant three bulbs in one hole to make sure they blossom long enough for everyone to experience them. 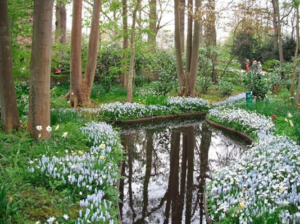 Who else is adding a trip to the Keukenhof to their bucket list? What a stunning display of springtime glory!