Kennedy Holmes may do for “The Voice” what Kelly Clarkson once did for “American Idol.”

The talented young singer appeared during the blind audition portion of the popular singing competition, and before she’d even completed the first verse of Adele’s “Turning Tables,” all four judges had turned their chairs. As Kennedy finished singing, judges Adam Levine, Jennifer Hudson, and Blake Shelton seemed riveted by the striking young lady before him. Kelly Clarkson was so moved, she burst into tears. 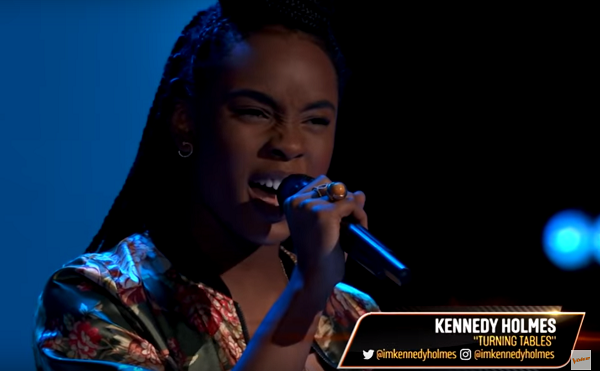 “I think she could win. I really do,” Blake whispered to Jennifer as the audience jumped to their feet to applaud Kennedy.

But Kennedy hadn’t finished wowing the judges just yet. After Blake welcomed her to the show, Kennedy introduced herself and dropped the real bomb: she’s only 13 years old. 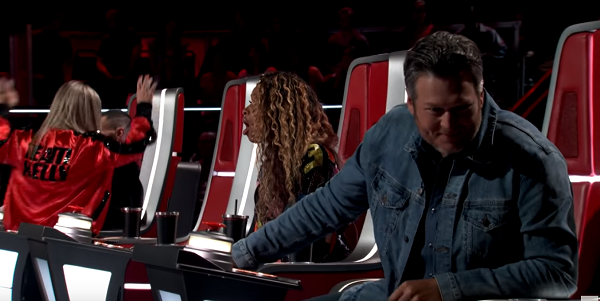 After the judges recovered from the shock of learning Kennedy is much younger than she looks and sounds, they couldn’t help but gush over how poised and talented she is.

“I think you’re the best vocalist that has auditioned this year,” Blake told her. “Your voice already sounds so seasoned and accomplished. So much control, so much range.” Blake went on to jokingly refer to Kennedy as “the greatest artist of all time” before pleading with her to choose him as her coach — so she can teach him how to sing! 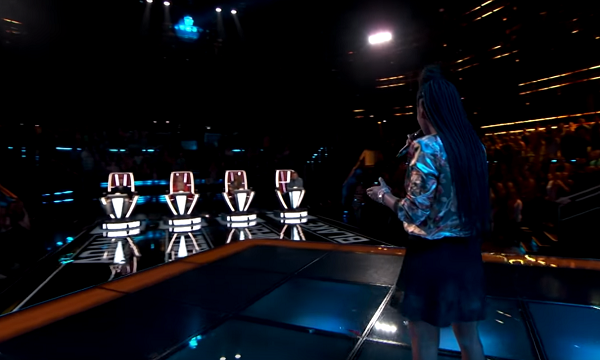 The incredibly confident singer took all of the praise in stride, but when Jennifer Hudson addressed her the girl started crying.

“One of my first performances, I sang ‘I Am Changing’ and I’ve dreamed to sing with you,” Kennedy explained. 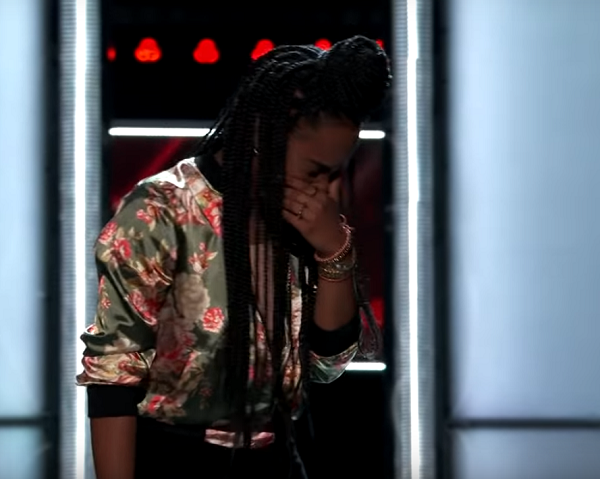 “I’m ready,” Jennifer said seriously, jumping to her feet. Next thing you know, someone handed her a microphone and J-Hud joined Kennedy on the stage for a beautiful and spontaneous duet of the song Jennifer sang in “Dreamgirls.” 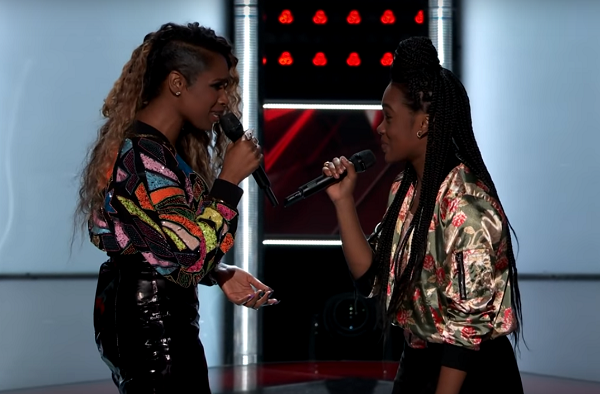 “After 15 seasons, you really could become the absolute biggest thing to ever come from this show,” said Adam reverently.

As for the moment of truth, when Kennedy makes the all-important decision of which judge will be her coach… you’ll have to wait until the show premieres on September 24!

What a gifted performer! We’re certain she’s going to go all the way, not just in this competition, but in life.

Take a look for yourself, and don’t forget to share!