Kendrick Norton Jr.’s life has never been the same after the horrific accident that took place in the early hours of July 4.

The NFL player had a promising future as a defensive tackle for the Miami Dolphins after playing college football for the Miami Hurricanes. Then one split second ended his career for good — and nearly took his life. 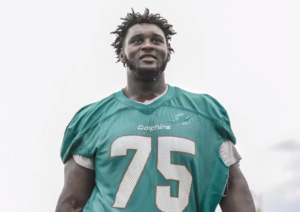 The 22-year-old and his girlfriend, Kira Williams, had been driving home around 1 a.m. when upon changing lanes, Norton’s truck collided with another car. The truck spun, hit a concrete barrier, and flipped upside down, severing Norton’s left arm. He lost half the blood in his body that day.

While Norton was being rushed to the hospital, Kira stayed behind, determined to find his arm in the hopes doctors could reattach it. She eventually did, but unfortunately, it had been crushed beyond repair. Norton would have to live as an amputee. 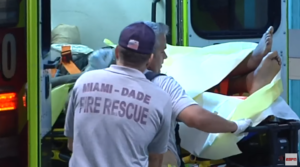 Norton spent two days in a coma before he woke up and had to come to terms with the loss of his arm. But he didn’t sink into depression at the thought of his new reality. He chose to focus on the good, instead. He was still alive. That was a blessing.

“What’s an arm when you have your life?” he asked. 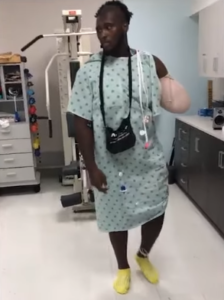 From then on, Norton embarked on a new journey. He had a different purpose, now — to inspire others with his resilience and self-acceptance, especially children who are also amputees. After six surgeries and two weeks in the hospital, Norton was already back in the gym. He and Kira starting hosting their own YouTube show as well. They’ve also taken to affectionately calling his residual limb “Little Ken.” 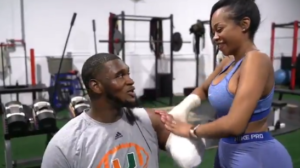 It’s sure helped to have the support of his entire team behind him, especially Coach Brian Flores, who’s become a fixture throughout his recovery. Norton will still receive his full salary this season and his medical bills were covered through the NFL/team insurance. He’s also still very much involved with the team and was even named honorary captain for the Dolphins’ preseason opener. 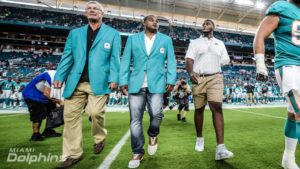 Now, Norton is focused on establishing a nonprofit called Kendrick Norton Angel’s Initiative, which will be geared toward helping children cope after losing limbs. The organization will also advocate for blood donation and organize drives. After all, it’s what saved Norton’s life. 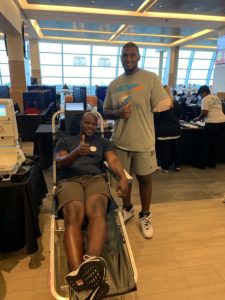 Of course, Norton will always be sad about losing his career. But if you ask him, he has more of an opportunity to touch others’ lives than ever before.

“I definitely miss football, every day. Just not being in my routine, getting up early, and you definitely miss it. But I’ve accepted it and ready to move on,” Norton told ESPN. “I never asked why this happened to me because it could’ve been worse. Why not me? Why someone else? They could ask the same thing. So I never would ask why me? It was just in the plans for me. I’ll take it and roll with it every day.” 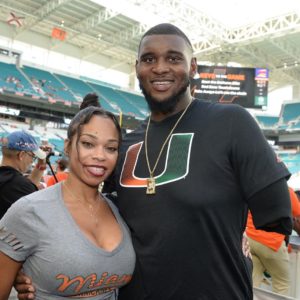 Learn more about this incredible man’s story in the video below, and share to inspire others as well!