As a biologist, ornithologist, and behavioral ecologist, Dr. Katie LaBarbera of Minnesota is the kind of person who simply can’t turn her back on an animal in need.

So when she noticed a squirrel that looked a little worse for wear in her yard, she started feeding the poor thing in hopes of “fattening her up.” 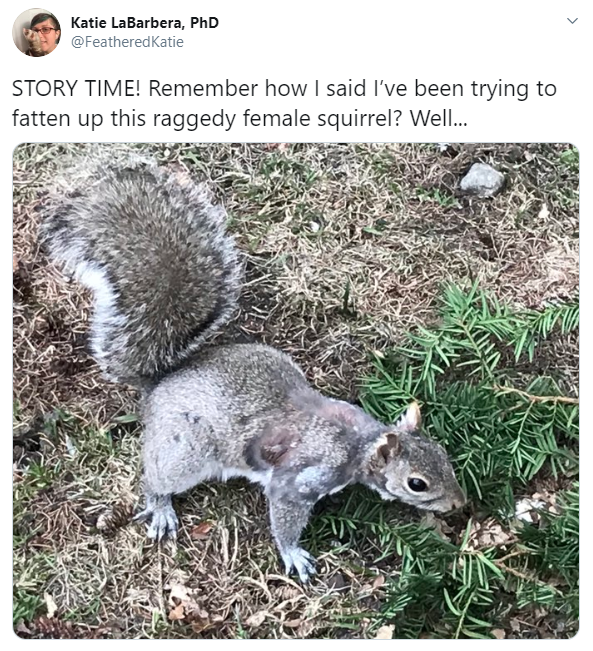 Weeks later, she overheard her neighbor wondering why their car wouldn’t start. As soon as they opened the hood, they discovered the problem: A massive nest had been built inside the engine!

Katie immediately ran outside to see if she could help. As it turned out, she was the perfect person for the job! The mama squirrel was the very same one Katie had been feeding, and she had four tiny, helpless babies hidden inside her nest.

“Far and away, the best option would have been to close the hood and not use the car for a month, but my neighbor wasn’t a fan of that idea,” Katie wrote on Twitter. “So I grabbed a box and put the nest-plus-babies inside.” 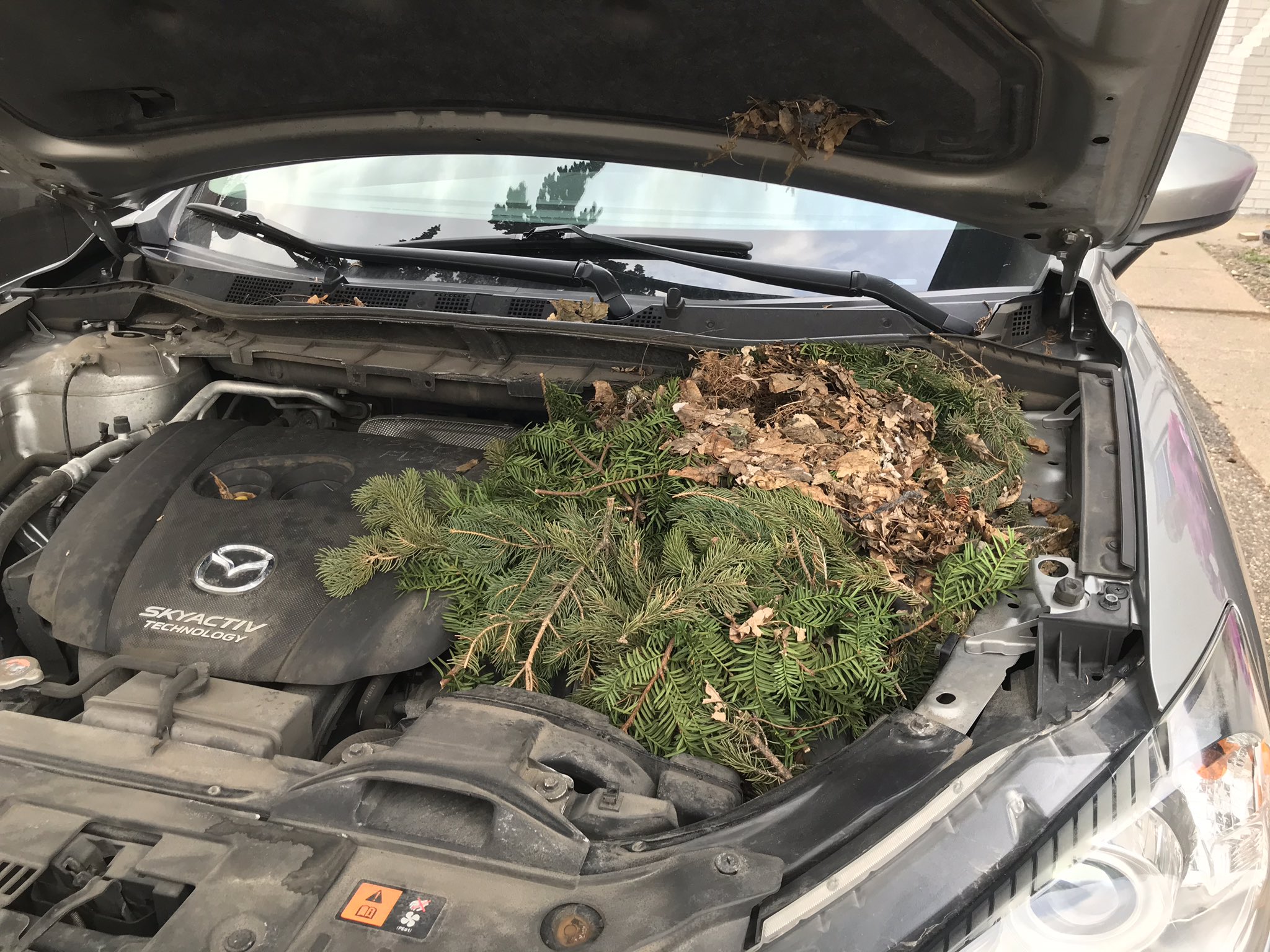 “Squirrels make multiple nests, so I was hoping we could convince Mom to take her babies to a different nest,” she said. “I was worried though because a huge nearby tree full of squirrel nests had been cut down last week. What if all her nests had been in there?”

Thankfully, they found the mama’s tree and placed the box beside it, but the worried parent didn’t understand her babies were inside.

I put the box next to her tree, but she wasn’t sure what to make of it. She was furious at us and not connecting the box to her babies. pic.twitter.com/sD5w1KuNM0

Thinking quickly to make sure the squirrel family was reunited before dark, Katie picked up one of the babies to help.

“I had noticed while moving the nest that the babies could be inspired by motion to make noise,” she said. “I tried picking up a baby (normally I’d do this with gloves, but who has gloves now?) and it helpfully squeaked, and then suddenly — Mom was there!” 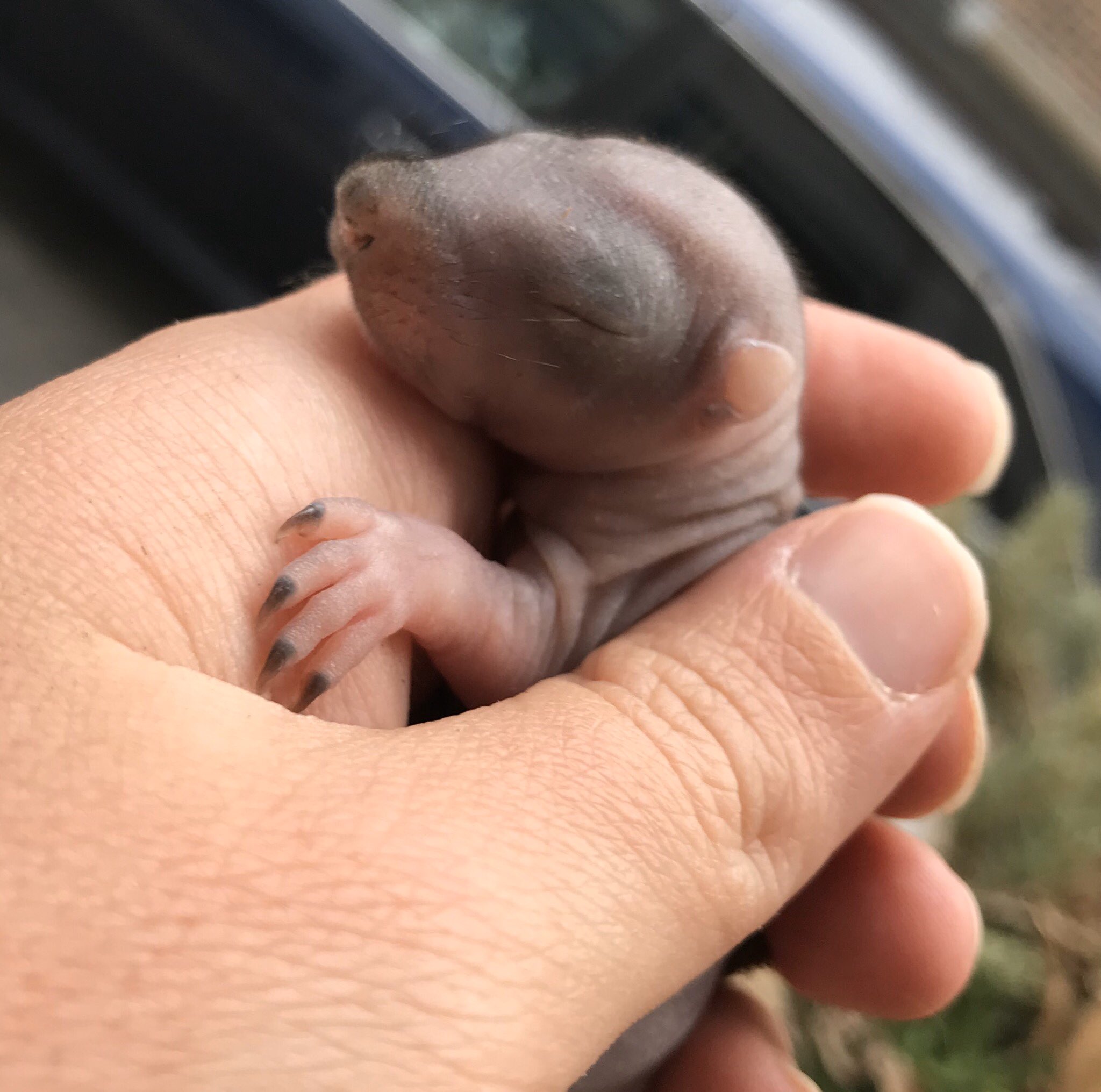 Once the mama knew where her babies were, she began rescuing them from the box one at a time until they were all safe in a secondary nest.

“That’s the story of the raggedy squirrel, who will definitely continue to get fed by me,” Katie said. “And also, check your engines for squirrel babies!”

If you ever do find a baby animal, Katie recommends contacting a qualified wildlife rehabilitation center. 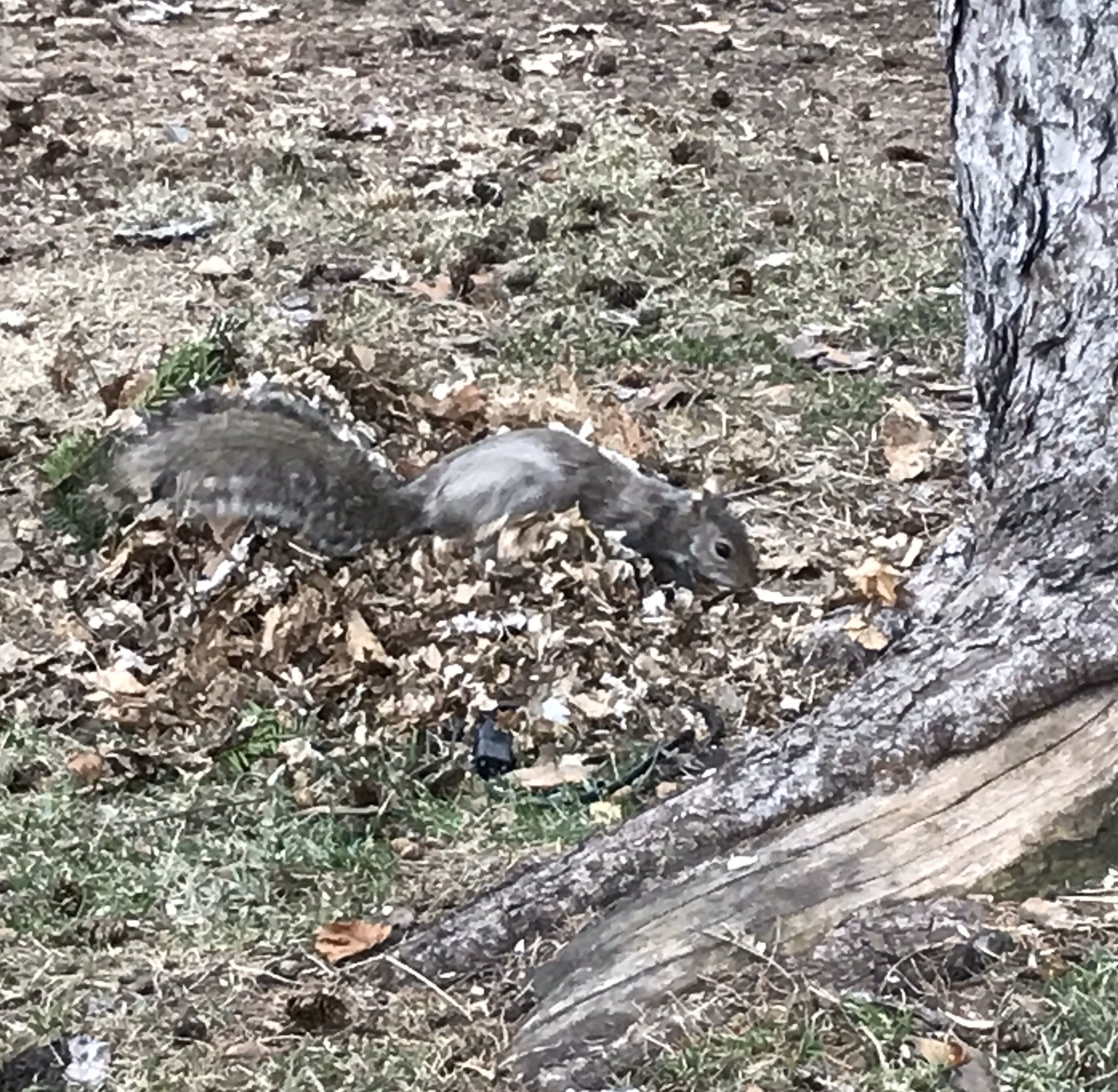 We love a happy ending! Thank you, Katie, for giving this mama a nudge in the right direction.

Watch the dedicated squirrel rescue her babies in the video below, and be sure to share this story with your friends.

After that she didn’t need any help: she knew where her babies were. One by one she came and fetched the remaining three. pic.twitter.com/akCAETYHbe