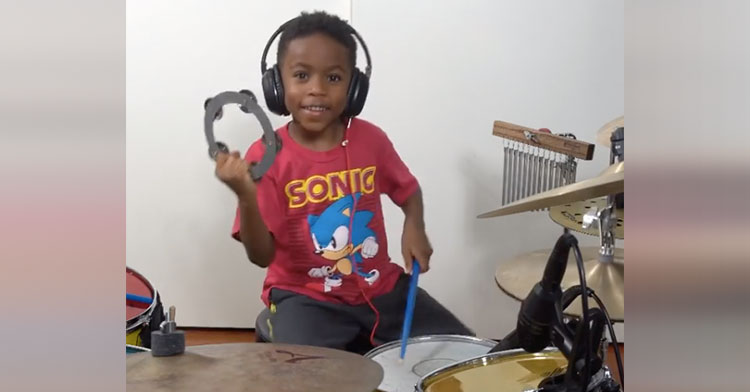 6-Yr-Old Takes World By Storm With Epic Drumming Skills He&#...