It doesn’t take much to get 16-year-old Jonathan Haselbusch smiling.

The special needs teen from Canyon Country, California, is a shining example of how happiness blossoms and thrives from taking pleasure in the little things. Jonathan has a lot of interests, including drawing, but nothing gets him as excited as garbage day. 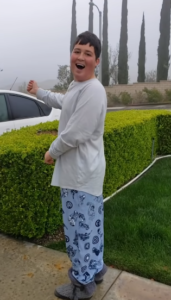 Not only is the teen absolutely fascinated with garbage trucks, but he also loves the sanitation workers. Waving to them is the highlight of his week. He and his mom, Christina, have taken field trips to waste management yards and he even dressed up as a garbage collector for Halloween. In 2018, Jonathan also began leaving drawings on top of his family’s trash cans to show his appreciation. That’s how he met his favorite garbage man, Antonio, with whom he shares a very special bond. 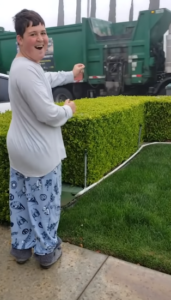 What made Antonio stand out most to Christina was when she learned he hangs Jonathan’s drawings inside the cab of his truck rather than throw them away. A few days later, Jonathan got to meet the sweet man, who gave him a warm hug. They’ve been friends ever since. Now, Jonathan gets incredibly worked up (in the best way) when Antonio stops by his house in the truck. The teen’s pure joy is such a beautiful thing to witness that Christina has taken to recording their weekly interactions.

“I just pulled out my phone and there you have it,” Christina said. “It was the most amazing, priceless, beautiful thing that I could ever share with anybody.” 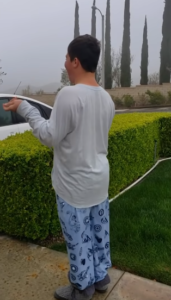 In one such video, we see Jonathan bursting with joy as Antonio pulls up to his curb. He grins, jumps up and down, squeals, and keeps looking back at his mom as if to ask, “Are you seeing this?! It’s Antonio!” Then he runs down the driveway, arms held out, and wraps them around the beloved garbage man. 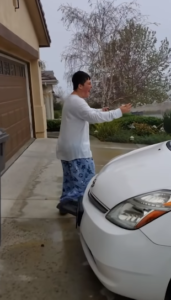 Watching these wholesome encounters never gets old for Christina; she’s constantly touched by Antonio’s clear adoration for her son. “It’s pretty special to have people love on my son the way I do,” she said. “I think that’s an example of somebody who has a genuine, loving heart.” 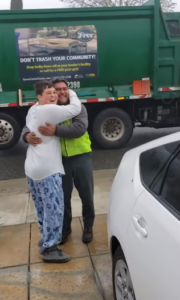 Imagine how much happier the world would be if we all took a page out of Jonathan and Antonio’s books. This is how everyone should treat each other, don’t you think?

Just try not to smile when you watch Jonathan’s adorable freak out in the video below. It’s impossible. Don’t forget to share to brighten others’ days.