Some parents find a way to give to their families even after they’re gone.

Joe Kavaluskis of Michigan never stopped thinking of ways to surprise and delight his two children, Logan and Ryan. In fact, he loved nothing more than springing exciting trips, activities, and sporting events on them — especially during his nine-year battle with cancer. 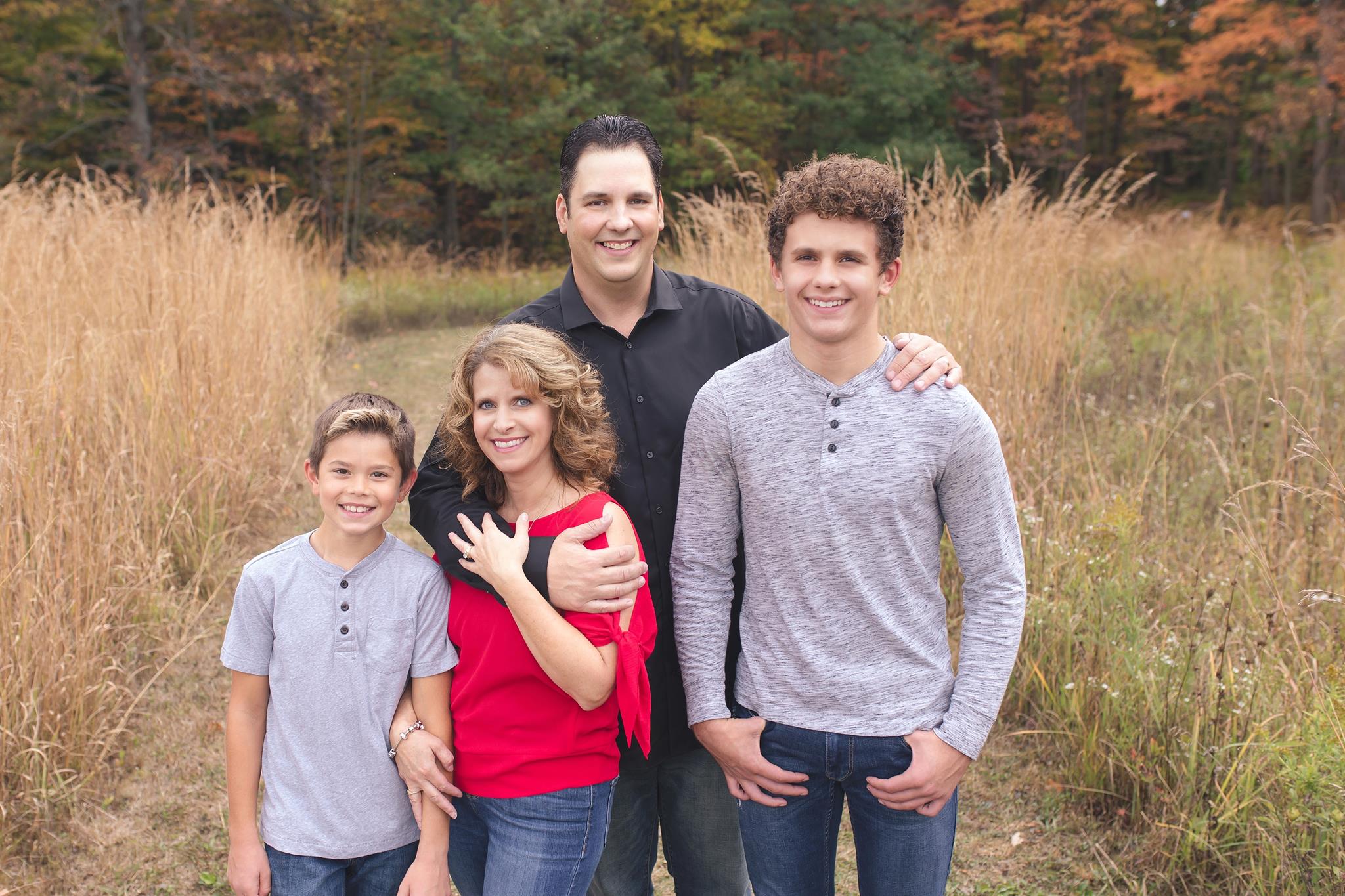 “He always had these cool things planned out, and he would try to keep them secrets until we were there,” Logan said. “He turned everything into a good, happy thing.”

Sadly, Joe discovered that his doctors had run out of treatment options for him late last year. As he made his final arrangements, he thought of an unusual request for his wife Melanie.

“He said, ‘Just promise me that when I do pass, you will get Logan a puppy as soon as you can because I know that it will bring him a lot of comfort,'” she explained. 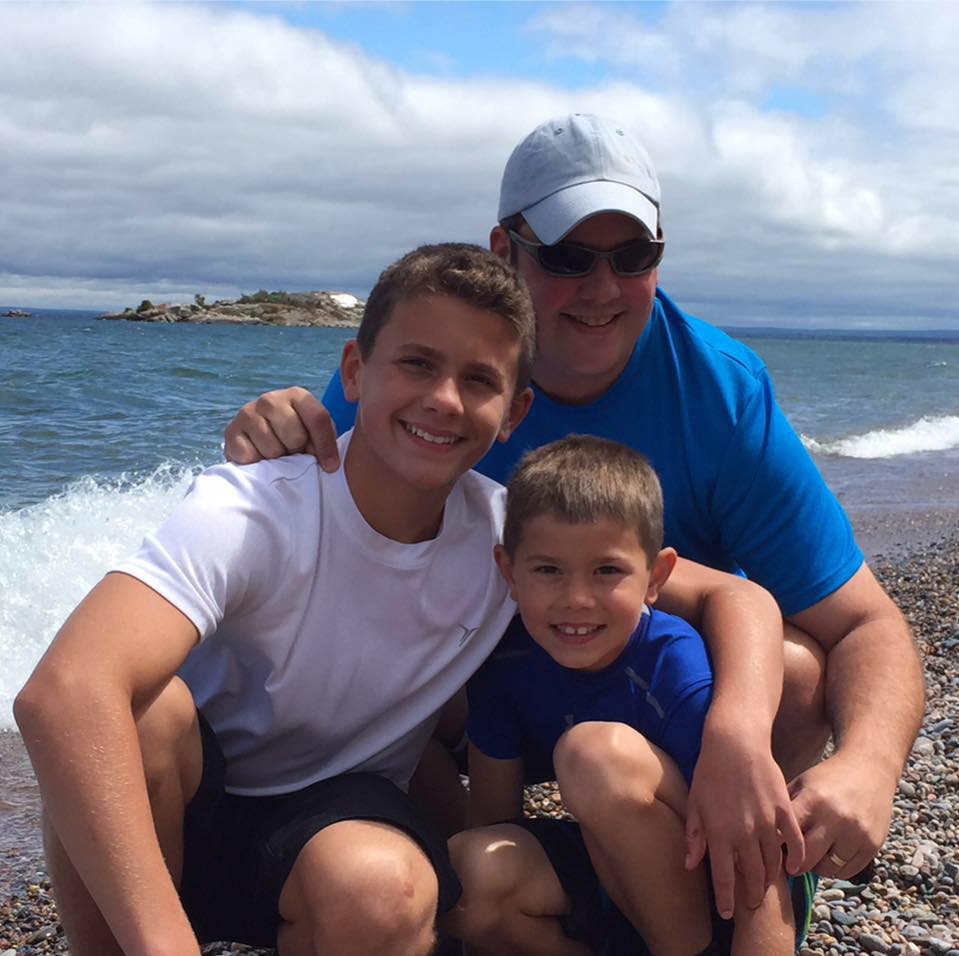 Logan had been asking his parents for a dog since he was 3 years old. He even used to carry around a toy Boston terrier, but since Joe was allergic to dogs, they never got the puppy Logan dreamed of. So as Joe imagined his family’s future without him, he knew a dog would give his youngest a small silver lining amidst his grief.

Joe passed away about a week before Logan’s 13th birthday in January 2020, and Melanie was determined to carry out her husband’s request. She told Logan they needed to help his cousin pick up his Boston terrier mix puppy.

On their way home, they stopped at a gas station so Logan could hold the puppy for a moment, and that’s when they revealed Joe’s surprise. “This is from your dad,” his cousin told him. “This is yours.” Logan’s tearful reaction says it all! 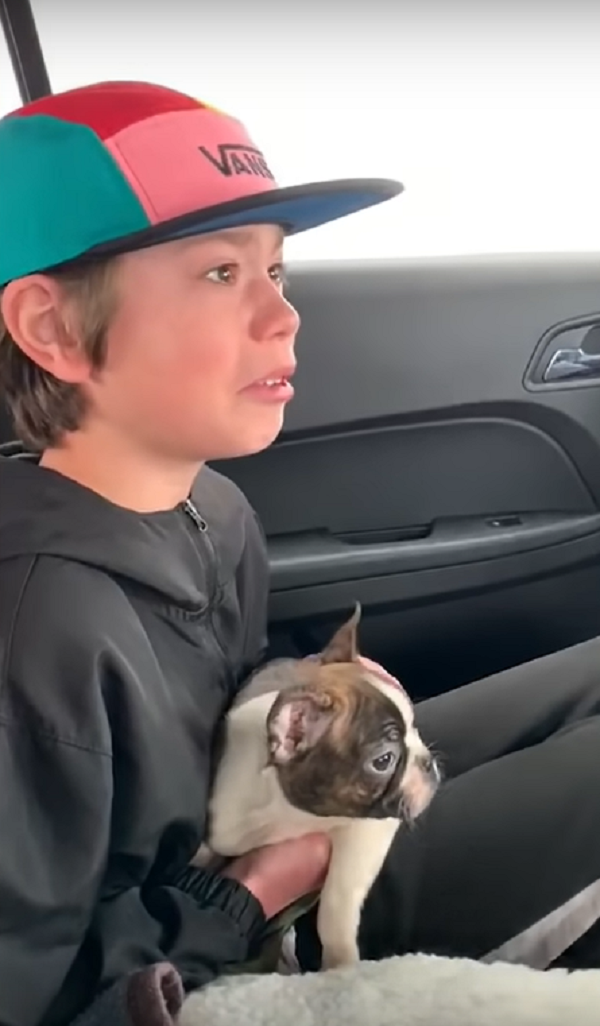 “He’s taught the boys: Just keep pushing forward, don’t give up, and good things will come to you if you do good things for others,” Melanie said. What a powerful legacy! We’re sure Joe is looking down at his family right now and smiling with all the love there is.

Watch the emotional moment when Logan receives his father’s final gift in the video below, and don’t forget to share this story.