Jeanine De Bique may come from a small island in the Caribbean, but her voice is huge — and heavenly!

The Germany-based soprano singer from Trinidad and Tobago is a former member of Austria’s Vienna State Opera. As far as she’s concerned, no place is off-limits when it comes to expressing herself through music, from music halls to areas covered in graffiti. 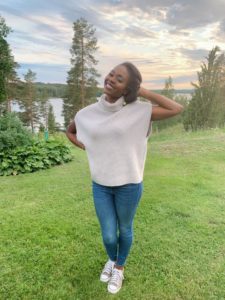 “No matter where I am, the environment is a gift to partake in and explore beautiful possibilities and just breathe! Finding performance space wherever and whenever,” she wrote.

That includes a spot beneath some train tracks, where Jeanine recently captivated thousands with a video performance she described as “urban meets Baroque voice.”

Baroque refers to a dramatic style of music composed between 1600 and 1750, which preceded the Classical era. 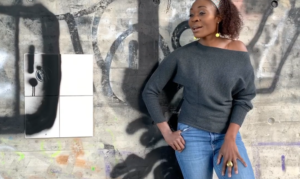 In a video, we see Jeanine performing “V’adoro Pupille,” Cleopatra’s aria from Handel’s “Giulio Cesare,” and it quickly becomes clear that she has the voice of an angel! No description can do her justice because she was obviously born to sing!

“I have never heard someone with so much vocal skill joined with so much beautiful, artistic expression,” one listener wrote on Facebook. Someone else added, “The ease for which you perform is captivating. It’s like the music comes out from within and around you.”

That’s not all the praise she received! In another fan’s words, “Wonderful voice and beautiful idea to [fill] an urban space with art: vocal graffiti!” 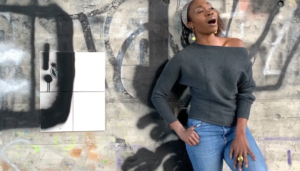 We adore the idea of “vocal graffiti,” but we love listening to Jeanine even more! It’s no wonder she’s received so many vocal awards. In fact, we wouldn’t be surprised to hear that she’s converted more than a few listeners into opera fans. She’s just that good!

Listen to her mesmerizing performance in the video below, and share her gorgeous voice with the world.