Most people tend to focus on one special person for Valentine’s Day.

But Jayme Wooley of Axtell, Texas, had a better idea this year. The 15-year-old cares a lot about his classmates at Axtell High School. As such, he decided to make February 14 an exceptional day for every girl there. 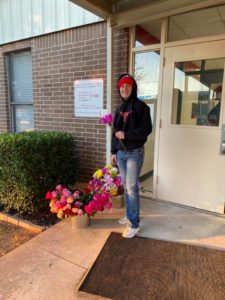 As a testament to his kind soul, the teen wanted to make sure no girl felt left out this Valentine’s Day.

“Over the past couple of years that I’ve been at Axtell, not all of the girls were able to get flowers … Sometimes, it’d just be a secret admirer or popular girls,” Jayme told CNN. “It felt heartbreaking knowing that not every girl was feeling special.”

So, he took it upon himself to bring gifts to school that Friday. Jayme had already handed out flowers during a school field trip two days earlier, but wanted to take the gesture a step further. He enlisted the help of his mom Amy Gordon who picked up a total of 170 flowers. 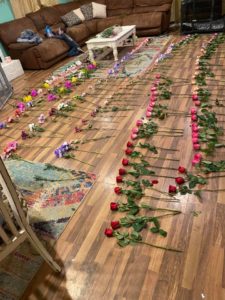 On the big day, he stood outside and handed a flower to every girl who came to school, ranging from sixth to 12th grade. 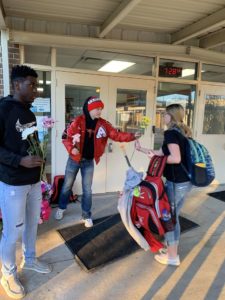 The recipients weren’t the only ones touched by the gesture. After Amy posted photos of her son’s good deed, she received an outpouring of supportive comments.

“We’ve gotten several messages from older women around their 30s and 40s saying thank you and that Jayme’s their hero because they were that girl that never received a flower,” Amy said. She couldn’t be more proud herself. 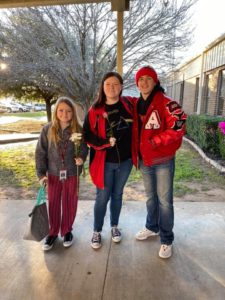 “Jayme has the biggest heart I know,” Amy wrote on Facebook. “Watching the girls smile, give him hugs, and seeing their eyes light up is a feeling I just can’t explain!” 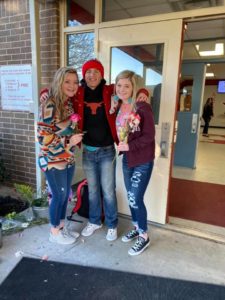 But to her son, it was an easy choice to be kind. That’s why Axtell chose him as their student of the week.

“Always put others before yourself,” Jayme said. “You never know who needs it. And always remember that happiness is contagious.”

Jayme certainly spread a lot of happiness that day with his thoughtful gesture. What a sweet kid! Something tells us this won’t be the last time he makes all his classmates smile.

Share this story to inspire more acts of kindness.

“She’s Got A Big Heart.” Stranger Replaces Man’s Stolen Bike With A Brand New One.

Many of us have a special memory of growing up with a bike — maybe it was a surprise Christmas gift, a fond memory of your brother teaching you how...

10-Yr-Old Loses It When He Realizes His Missing Dog Is Back Home Where He Belongs.

There is something special about the bond between a boy and his dog. For a 10-year-old named Tyler, that bond left him heartbroken when Bruiser, his canine bestie, went missing....

Mom Secretly Records Daughter’s College Admission News And The Video Is Everything.

There is nothing like the feeling of being rewarded after years and years of hard work. One of the best rewards of all? Getting into your dream school! A video...

Before COVID-19 shut down schools around the world, many of us took teachers for granted. Seeing the way they turned on a dime to care for our kids during a...