One of the biggest sources of major laughs online is what’s been nicknamed “Parent Twitter.”

It’s the corner of Twitter where moms and dads share their hilarious stories of motherhood and fatherhood for solidarity and giggles (but mostly giggles). From one-liners so witty you can hardly believe they came from a four-year-old’s mouth to photos of dinnertime disasters, there are plenty of laughs to be found when mothers and fathers take to Twitter.

One father in particular, however, has basically become the king of Parent Twitter. 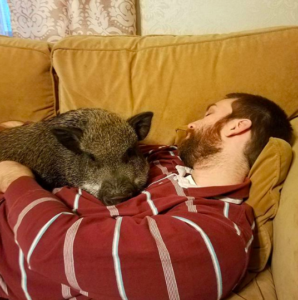 James Breakwell, also known by his Twitter handle @XplodingUnicorn, takes to the platform to share the conversations he has with his four daughters and they are pure gold. 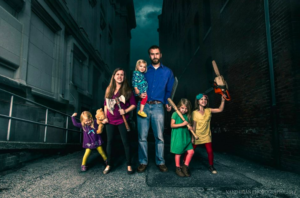 These chats have become so popular that the funny dad’s following has grown to one million! But what do the girls think of Dad airing their conversational laundry? Well, they love it “because it’s all about them” James explained. We love confident queens. 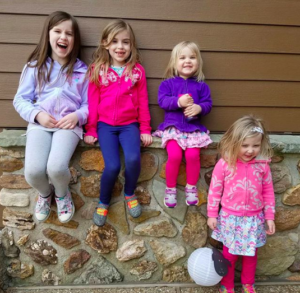 James himself may be a comedy writer, but he owes a lot of his online comedy success to his little ones who are truly too sassy for words. And we know exactly where they get it. 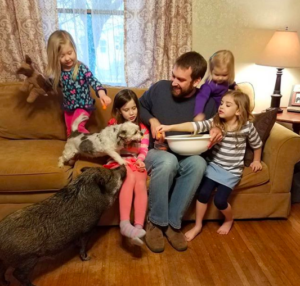 Let’s check out some of the best gifts this funny dad and his girls have bestowed upon Twitter, shall we?

That’s definitely not in the core curriculum. 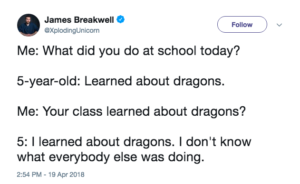 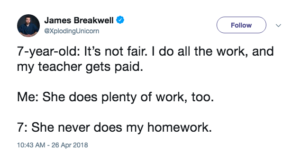 That should be plenty of time. 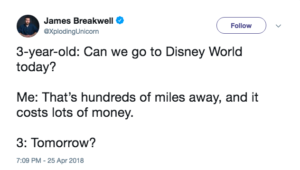 A CEO in the making. 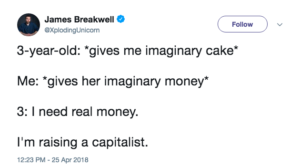 Well, that took a turn. 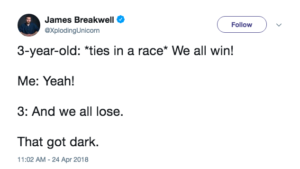 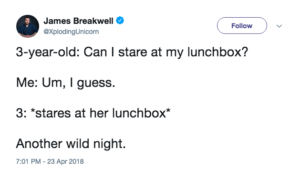 Ridiculous or ingenious? You decide. 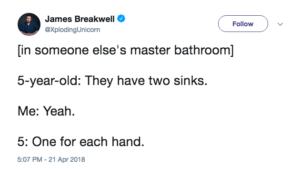 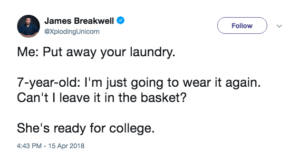 And here we have the genius of our time. 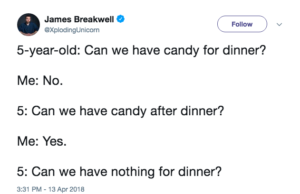 A slap and a tickle.

The girl power is strong in this one! 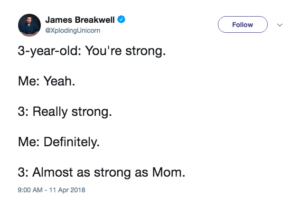 Maybe she’s trying to tell you something, Dad.

Ugh. We feel you girl. 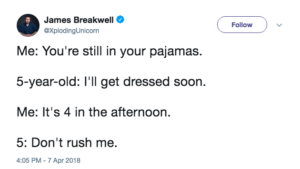 Honestly, we had no idea it would be so easy to identify with four tiny little children, but here we are.

If these funny kiddos made you smile, but sure to share to spread the laughs!