We’ve said it a thousand times in numerous ways: You should never judge someone based on their appearance.

Singer Jade Helliwell from Yorkshire, England, was out in the city of Leeds for a night on the town earlier this summer. Dressed in a flirty dress and high heels, Jade heard a street performer or “busker” in England and decided to approach him.

Dawid Osial was just trying to use his talents to earn a modest living entertaining the passersby hanging out at the local clubs and pubs. Although the two were complete strangers, Jade asked if he’d like to perform a duet.

He agreed to let Jade sing with him, although we’re sure he had his doubts about what he was getting himself into. 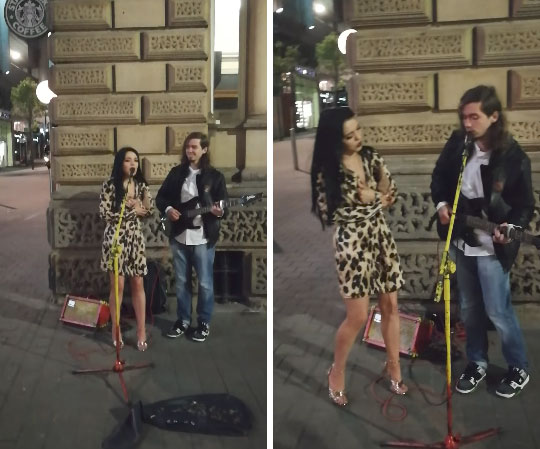 But as soon as Jade began to sing, you can tell by the amazed look on his face that all of his worries faded away. He and everyone else passing them in the street were blown away by Jade’s amazing vocal talents!

The pair sang “Hallelujah,” which is an incredibly moving song under any circumstance, even standing on a busy street corner. As passersby cheered, it was clear that there was magic in the air. 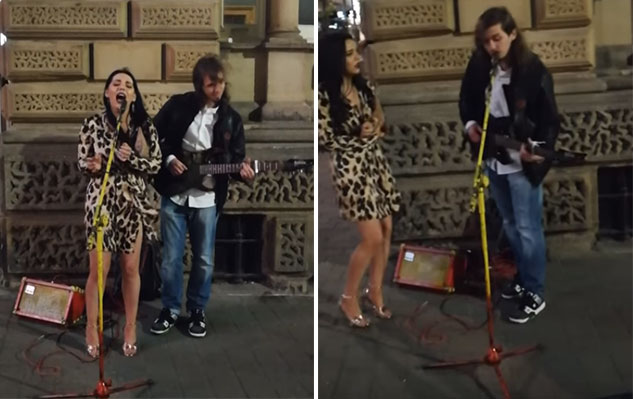 Luckily for us, someone thought to take a video and share it to the Straight Up Yorkshire Facebook page with the note, “This is why I love Yorkshire!”

A friend of the singer explained, “Jade was on a night out in Leeds and she saw a busker, she goes over and asks if she can have a sing.”

After the video went viral, many viewers encouraged the pair to go on “Britain’s Got Talent.” Jade is now pursuing a career in music on her own; you can see more from the talented singer on her Facebook page.