It’s hard to watch wild animals suffer because oftentimes, we’re powerless to help. We have to step back and let the cycle of life take over. The animal kingdom will continue on.

But when one man saw an impala stuck in the mud at Zimbabwe National Park, he knew that he could, in fact, step in to help. Putting his own safety at risk, he did whatever he could to save a life. 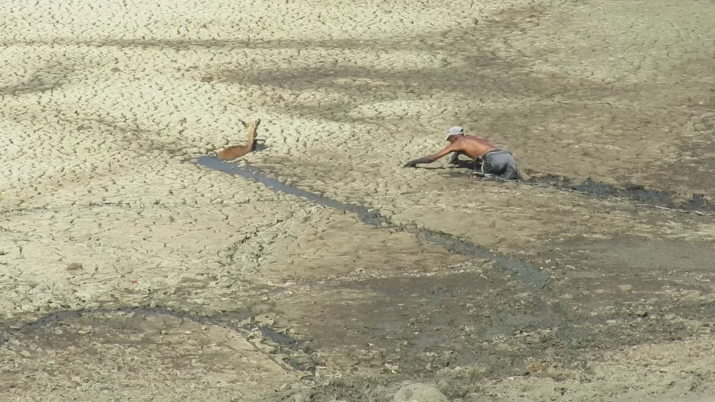 The female impala had been struggling to get out of the mud for sometime when helpers at the national park decided to step in. One man tied a rope around his waist and began making his way out to the wild animal. 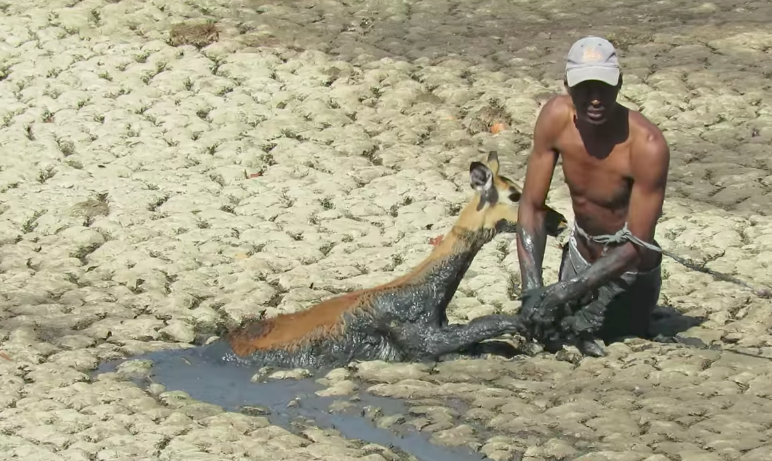 First, he tried pulling her out of the mud with just his own strength. 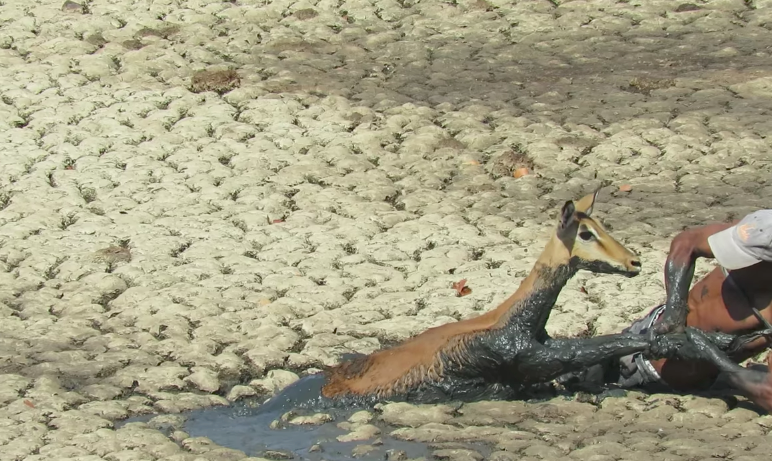 But it became astoundingly clear that she wasn’t going anywhere that way, so he moved on to plan B. 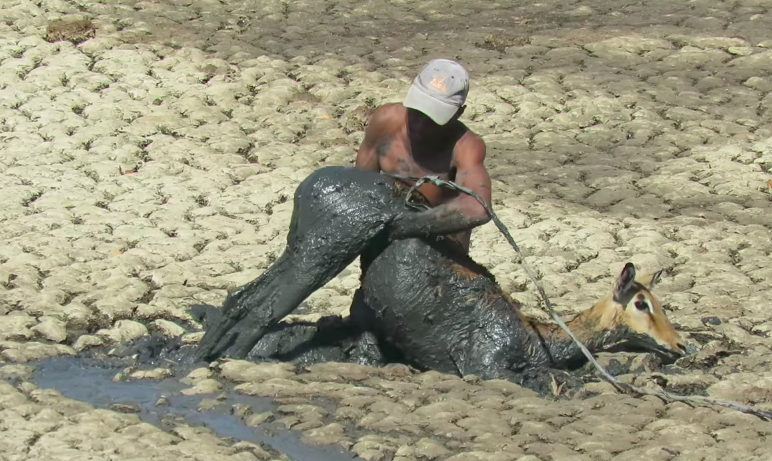 He pulled her hind legs out of the mud with the hopes of making it easier to move her on the surface of the mud. The man then wrapped her legs up in his own safety rope. She freaked out temporarily but soon gave in, acknowledging that he was here to help. 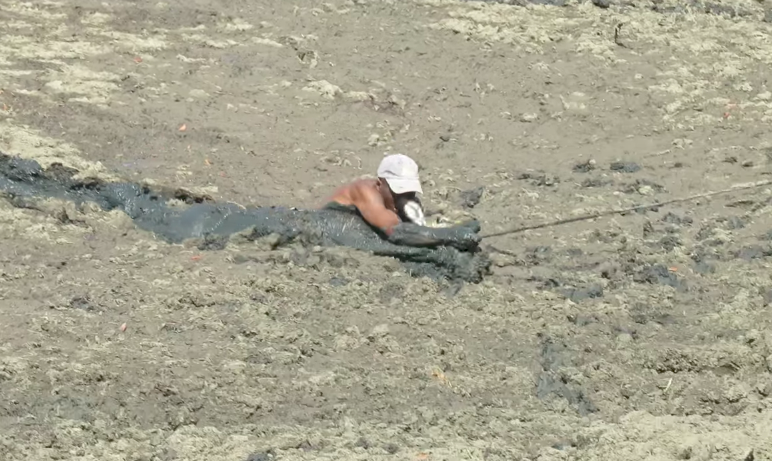 She’d had clearly lost all her energy during her own struggle to escape.

Eventually, they made it to solid ground! Exhausted, the impala just lay there for a few moments. Worried that she wouldn’t get up, other park helpers showered her and fed the girl some water. 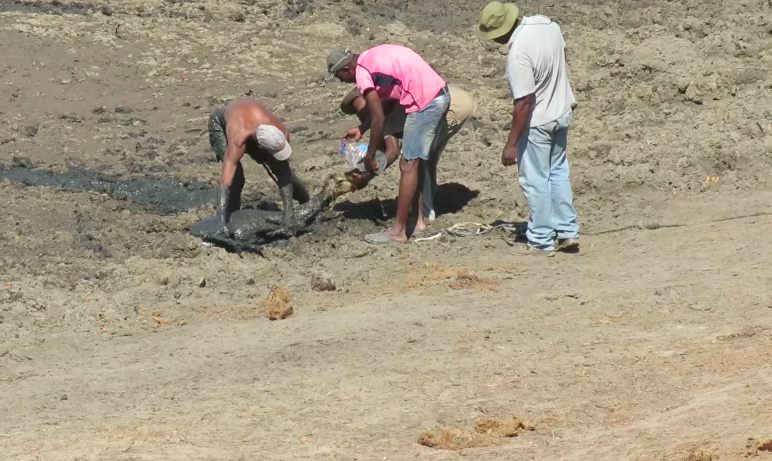 She lept to her feet shortly after!

Watch the rescue below and be sure to share the wonderful work these kind men did!