We’ve all heard the warnings not to attempt to drive through rising water because it can lead to disaster and death. Still, when you’re simply trying to get home, it’s tempting to try to slowly drive through high water to get to your destination.

Recently, three women in Austin, Texas, tried to do just that. Unfortunately, they found themselves stuck in a very dangerous situation and had to call 911 for help. When police arrived at the scene they quickly realized they had to act fast or the women would be swept away along with their car. 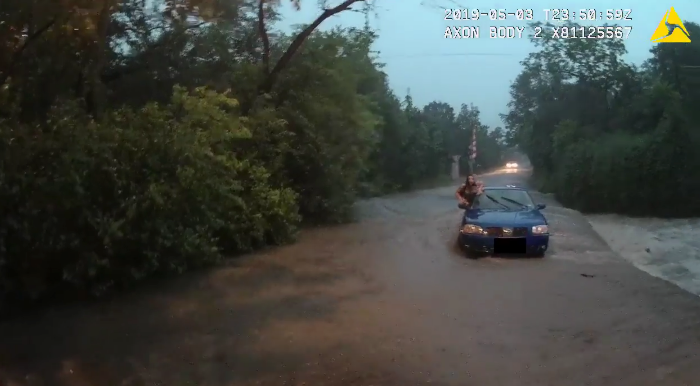 Police officers Benjamin Cochran, Kevin Perrydore, and Matthew Valli were nearby the location the women were stranded when they were dispatched by 911. Typically, officers wait for firefighters to arrive in these situations, but the three men assessed the situation and realized they needed to act fast.

The three officers created a rope system that allowed Matthew to wade out into the rushing, rising water to help free the women while Kevin and Benjamin held the rope at the other end to ensure he wouldn’t be washed away. Slowly but surely, Matthew got the first and second women out of the vehicle with little problems. 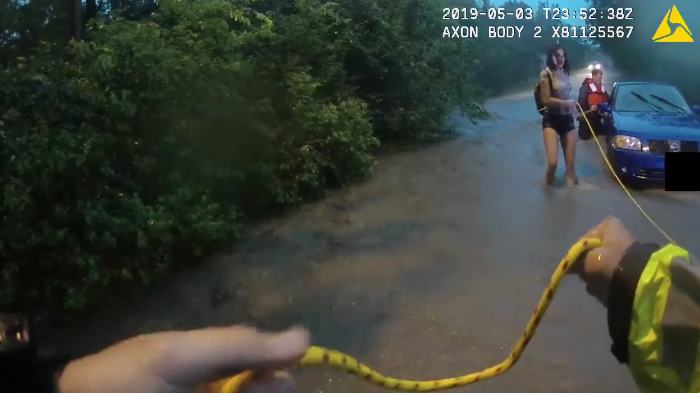 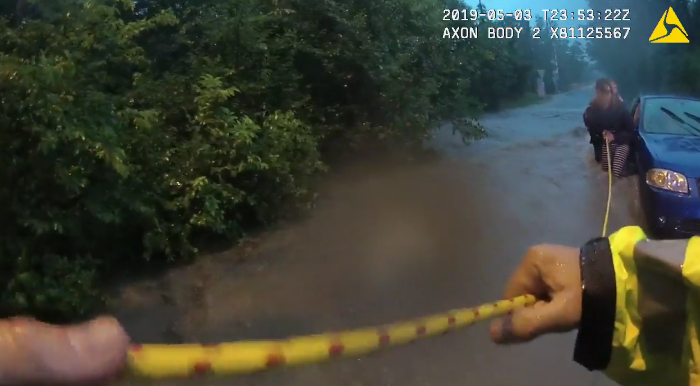 Throughout the rescue, the rain didn’t let up and the water continued to rise around them. So by the time Matthew got to the third woman in the car, the conditions had deteriorated quite a bit.

To add more pressure to the situation, there was also a medium-sized dog in the vehicle, which the third woman was determined to hold on to during her rescue. As Matthew worked to get the woman and the dog out of the window, the dog started to squirm, causing the woman to lose grip of Matthew, and the three of them fell to the ground in the rushing water. 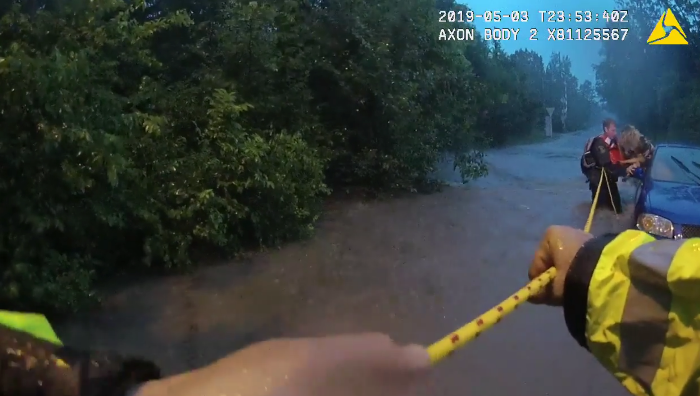 Ben, who was closest to Matthew on the rope, quickly jumped into action to help save Matthew, the woman, and the dog. The poor pup was scared and kept trying to run away and it took all of Ben’s might to bring the woman to safety as her dog resisted the rescue.

All three women were screaming for the pup, and Matthew and Ben refused to give up on the rescue. Eventually, the dog (who kept running back into the water, seemingly to try to play) came running to the women and officers and was safely put in a patrol car. 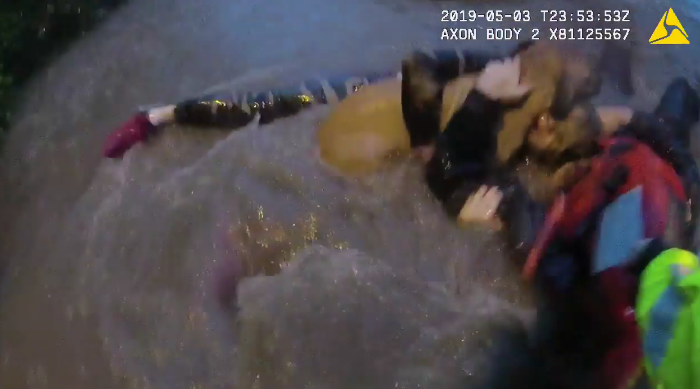 Not long after the rescue, the women’s car was washed away into the creek below, leaving everyone stunned, emotional, and shocked. Still, Kevin, Ben, and Matthew went well above the call of duty and are responsible for saving four lives in the flooding – something their community is extremely grateful for.

Check out the heroic and chilling rescue in the video below and be sure to share with your friends!