There are currently over 114,000 people waiting to receive a vital organ in the United States. Every 10 minutes, another person gets added to that list.

There’s no denying that organ donation requires the ultimate sacrifice, but family members often take comfort in knowing that their loved one’s organs went on to save the lives of others. In order to show how grateful they are for each and every patient who decides to donate after death, the staff of St. Luke’s Meridian Hospital in Boise, Idaho, have instituted a moving tribute called the “Walk of Respect.” 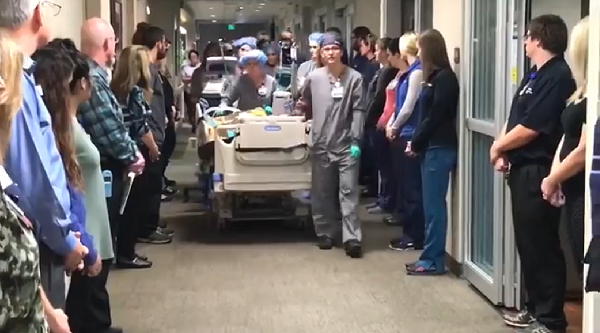 In a video that the hospital shared to Facebook, we get a firsthand glimpse into this somber tradition as dozens of hospital staffers gather in the hallway leading into the operating room. On the rolling hospital bed lies a 53-year-old man during the final moments of his life. His family is gathered by his side as they make one last journey together in this corporeal world.

Deb Compton, St. Luke’s ICU director, says that the idea to pay tribute to donors in this manner was implemented several years ago. At that time, they had a patient who had become close with all of the doctors, nurses, and staff who’d cared for him for months on end. When he passed away, the hospital administration was looking for a way to not just honor the patient and his family, but to celebrate the selfless final act that is donating your organs to others. 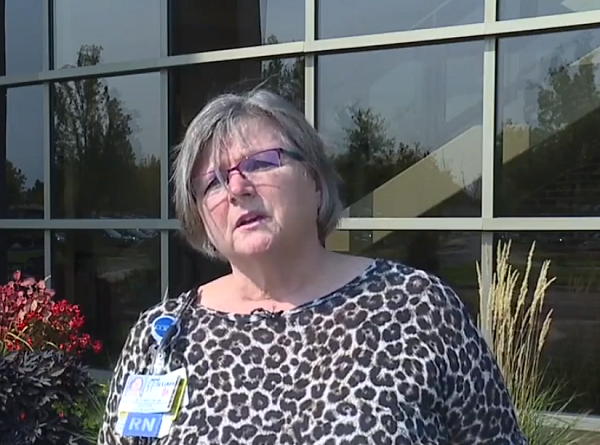 Deb explained, “It was a very sad situation. The patient had been in the unit for a while and the team had bonded with the family and we felt absolutely terrible and wanted to do something for that family member.

“So we line the hallways and everyone silently stands in support of that family as they take the patient from the ICU to the operating room for that last transport.” 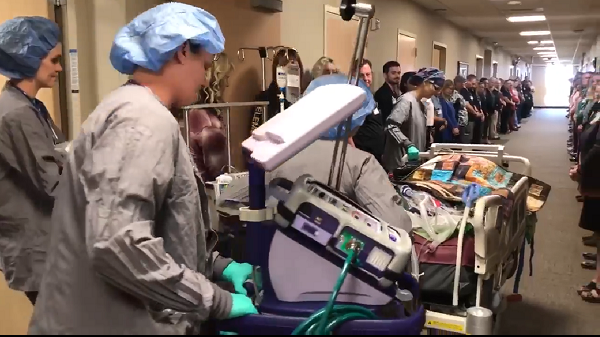 While it might seem odd for so many staff to line the hallways, not just the medical professionals who saw the patient, Deb says that there are countless unseen hospital workers who are just as impacted by the death of a patient as the doctors and nurses who care for them directly.

These people are all emotionally invested in the hospital’s patients too, and the “Walk of Respect” is another way for them to grieve and achieve closure.

When you talk about the ancillary department, the labs, and the housekeeping and even maintenance and food nutrition. Those people don’t see those times but they’re so much a part of the team as everyone else and so we brought everyone in to do that walk of respect and they really understand what an honor it is to be a part of this patients life, in any patients life at such a vulnerable period. 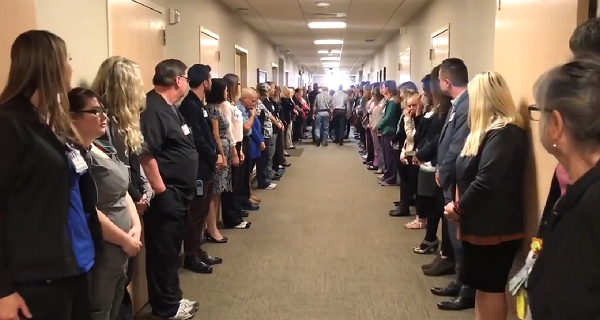 Since St. Luke’s began this tradition, several other hospitals across the U.S. have followed suit with similar ceremonies. It’s truly gratifying to know how much hospital staffers care for their patients, and the “Walk of Respect” is yet another way that they fulfill their vow to care for people from cradle to grave.

Watch the moving goodbye below, and be sure to share this story to encourage everyone to give the gift of life and become an organ donor today.