Ever had one of those days where the alarm clock goes off, and you keep your eyes closed and think, “If I don’t move, maybe I can just stay here all day instead of going to work?”

Jingang the horse knows your pain. Since he lives on a ranch, he’s expected to carry people on his back day in and day out. At some point, he decided he’d had enough and devised a brilliant way to avoid his job. 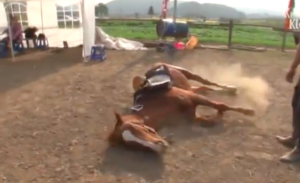 Jingang’s very patient owners posted a video compilation of his unique method. The trick? Playing dead. We’re serious. This huge horse “dies” to get out of giving people rides. And it’s no subtle stunt! When he drops to the ground, he even dramatically sticks his tongue out to emphasize just how much of a goner he is… although we’re pretty sure he’s also smirking. 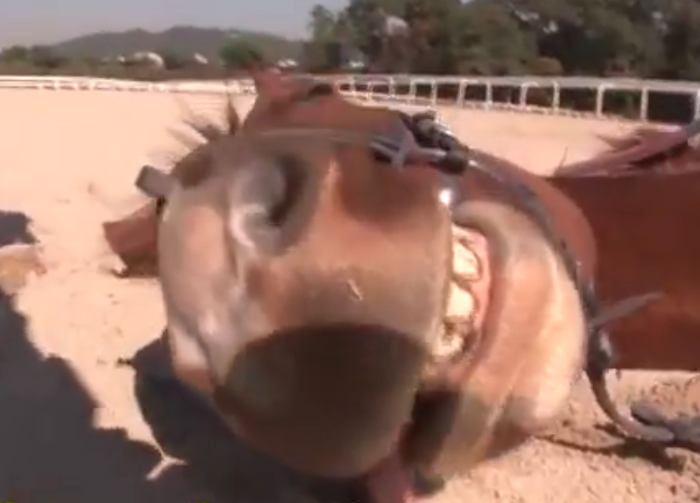 Sometimes Jingang will fall to the ground at the mere sight of a human heading his way. What’s worse is that if someone does manage to sneak up on him and get on his back, he’ll take them with him as he topples over! Now that’s what we call stubborn behavior! 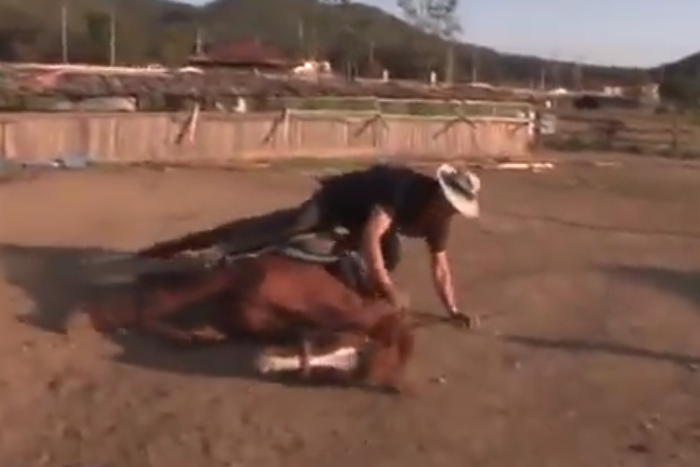 We’re not sure if this is a rebellion or not. After all, we know he’s not the first horse to play dead. Maybe there’s a secret horse workers union out there that we don’t know about. Or maybe Jingang just thinks he’s a dog. We’ll probably never know, so we might as well kick back and enjoy the show while we speculate about this horse’s sense of humor.

Watch Jingang refuse to do his job in the funniest way possible in the video below, and share his dramatic antics with anyone who could use a laugh today.