Horses have been known to prance and trot gracefully to music; in fact, the Lipizzaner breed is trained exclusively in this art. Generally, they perform their routines to classical music.

It’s easy to see why, too. Their movements match the music’s fluid, elegant nature. But when Melanie Kessler’s two daughters first put on Silentó’s “Watch Me (Whip/Nae Nae),” in front of their horse, they were probably just as amused and shocked as we were when we initially saw this video.

The two girls are seen dancing next to a big horse. They’re having the best time, but everyone is going crazy over what the horse does. 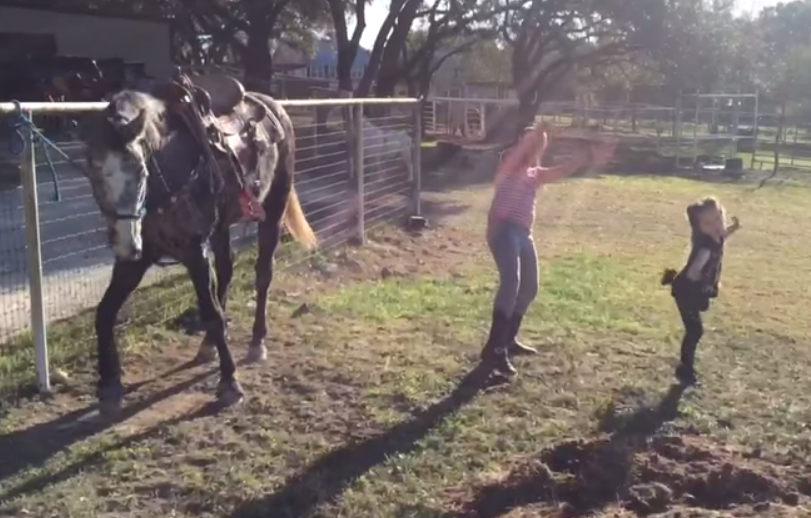 She shakes and dances around to the music with them! But she doesn’t do this with just any song.

“The horse doesn’t do it all day and night long, only when that song plays and the girls dance w HER,” Melanie wrote on Facebook. “I’ve never see a horse do it and I for sure don’t know how to dance.” 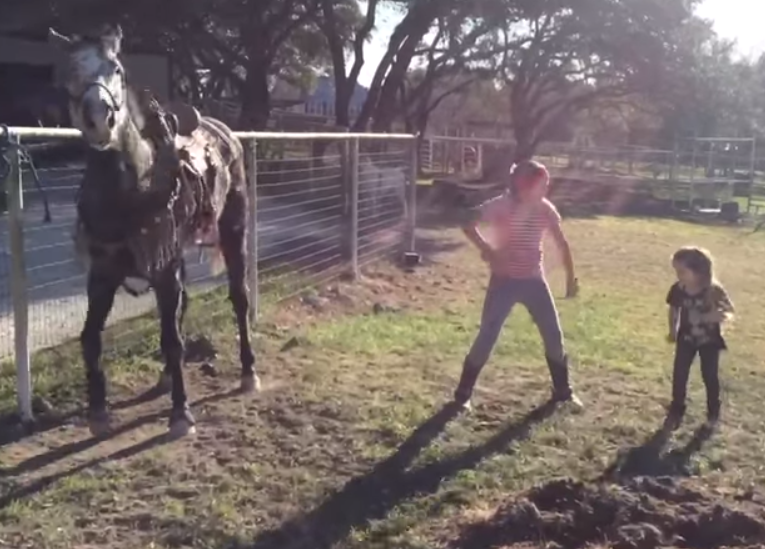 While some commenters were skeptical that the horse was actually trying to get away, Melanie said, “she is not scared of kids cause my daughter in the pink jumped up on her and rode her off right after video.”

Watch the video below to see this equine dancing for yourself — it’s too cute to miss! Be sure to share to spread the smiles.