Nowadays, when you turn on the TV and watch the news, it can feel like a bleak world out there.

Because of that, it’s easy to assume the worst of people. When Daisy Owen lost her purse during a night out with friends, she had all but given up on getting it back. Either someone had found it and raided it for of all her valuables ($300 in cash, her keys, license, and iPhone) or a person had seen it and left it thinking, “not my problem.”

But Daisy was dead wrong. 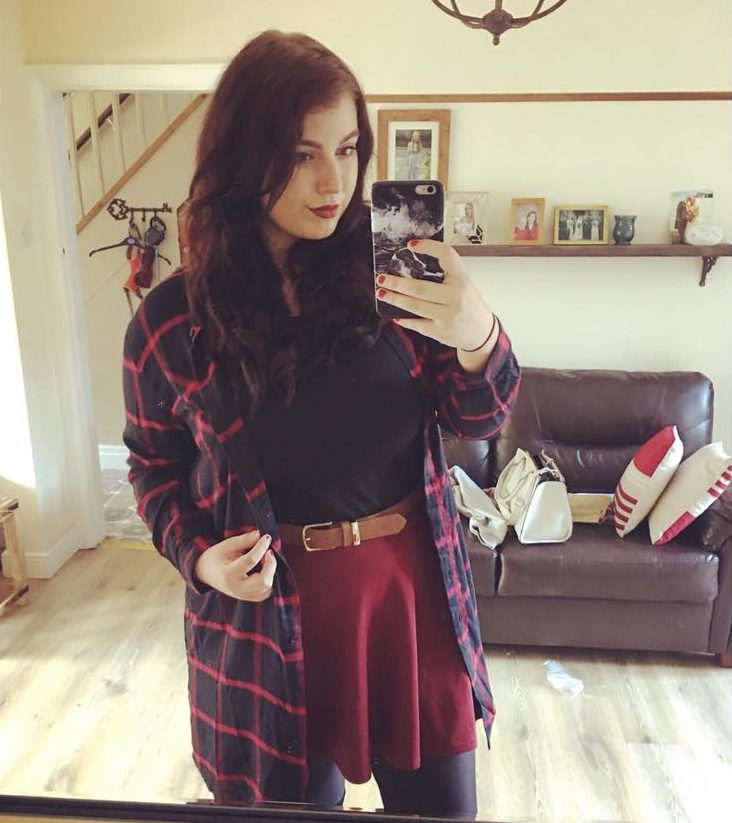 Paul Calderbank is homeless, with no money to his name, but when he came across a lost purse, he didn’t do what everyone probably imagined he would. Rather than digging through its contents, Paul began looking for clues: Who owned the purse, and more importantly, how could he get it back to them? 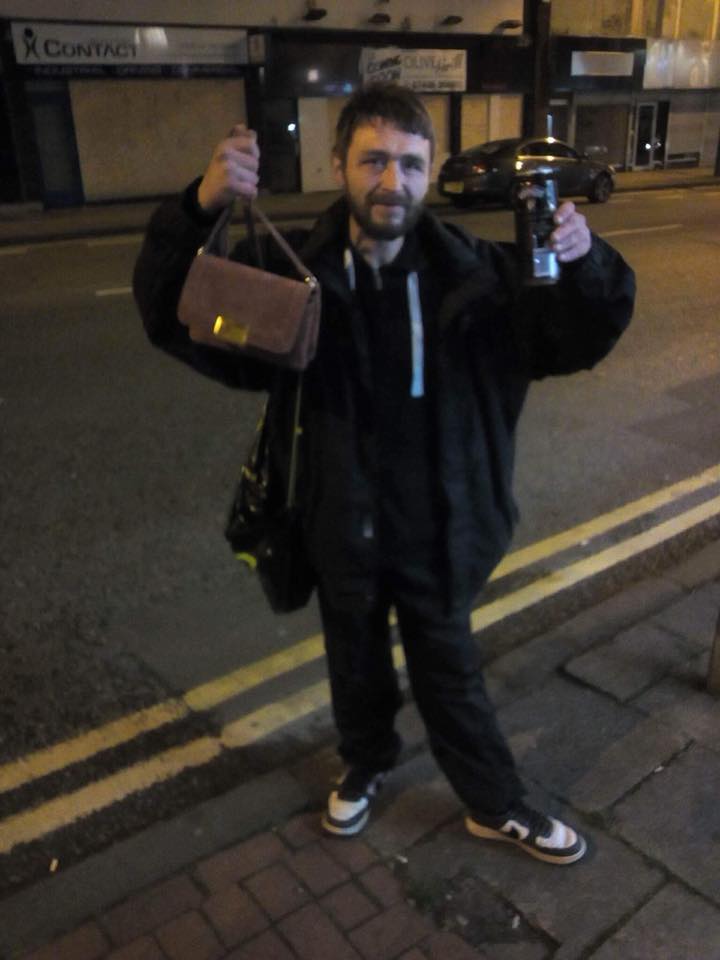 He began walking the streets asking if anyone had misplaced a purse. But he had to be careful: If the cops found him with it, they would think he’d stolen it. And he’d feel just as bad if someone claiming to own it took the purse from him wrongfully.

So he wrote a note explaining his intentions. 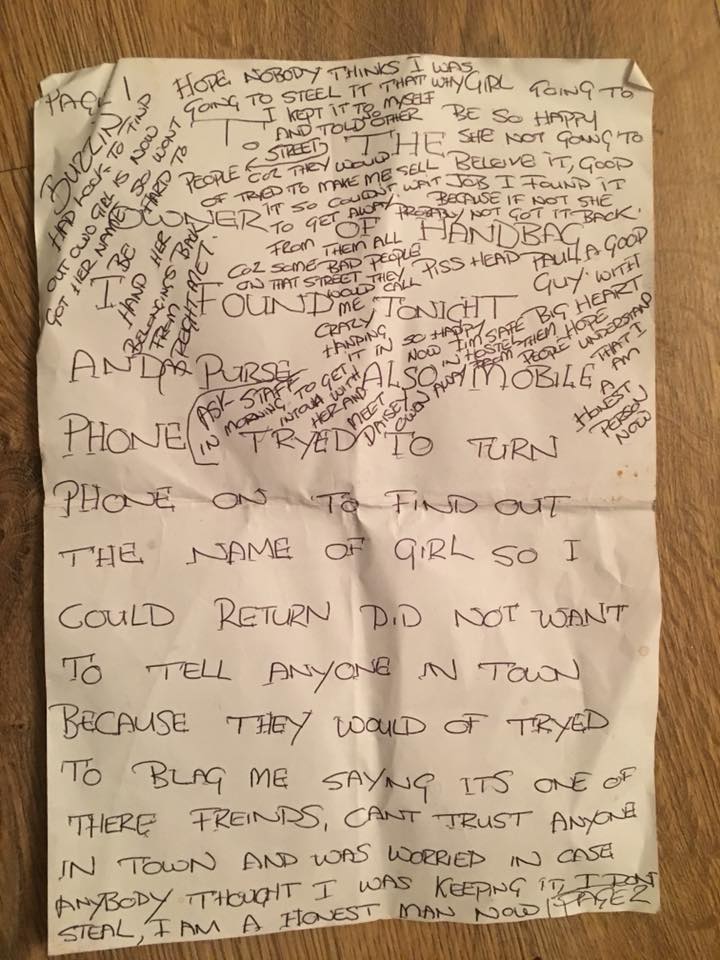 “Did not want to tell anyone in town because they would have tryed to blag me saying its one of there friends. Cant trust anyone in town and was worried in case anybody thought I was keeping it.” 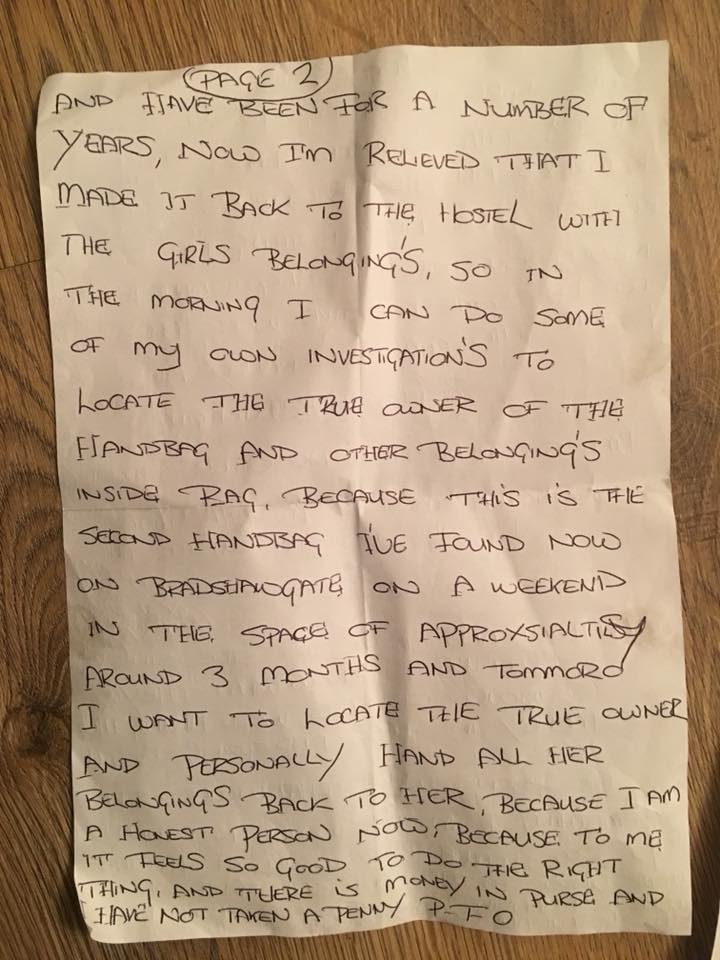 “I want to locate the true owner and personally hand all her belongings back to her, because I am a honest person now. Because to me it feels so good to do the right thing, and there is money in purse and I have not taken a penny.” 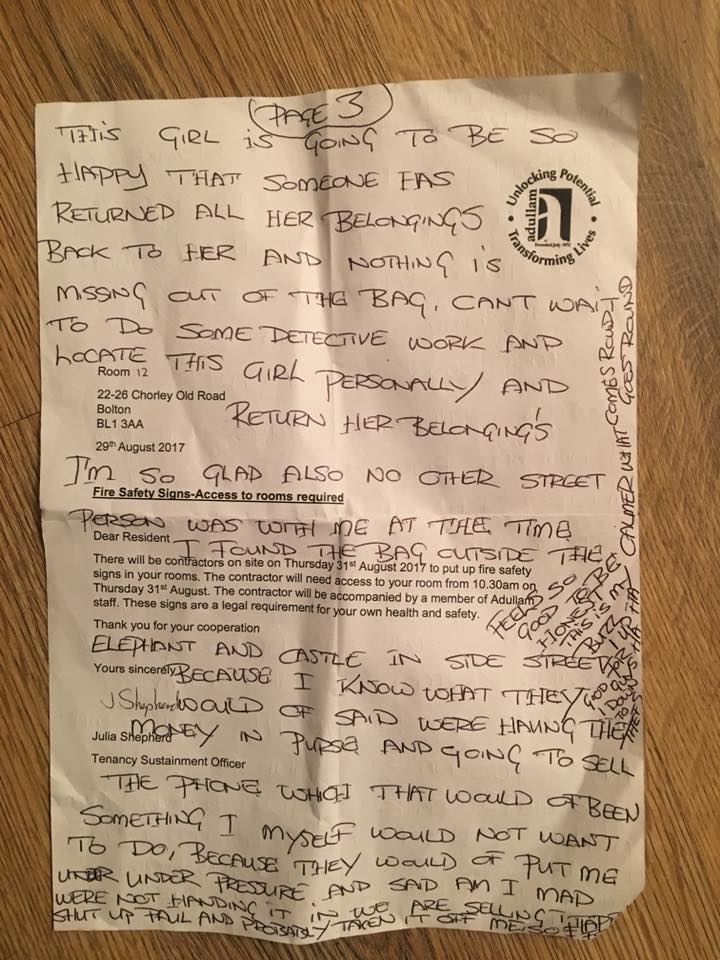 Paul was somehow able to find Daisy’s home address and was making the long walk to find her when he serendipitously ran into one of her friends. The friend contacted Daisy via Facebook, and she immediately came into town to track him down.

“This man has been above and beyond and found my bag Saturday morning and spent TWO DAYS walking around asking and trying to find me, and was just on his way to my home address to try and return my bag to me personally!” she wrote on Facebook.

Daisy said that Paul gave her a renewed “faith in humanity.” In an effort to pay him back, she set up a GoFundMe page and is working towards getting him enough money to put a deposit on an apartment. 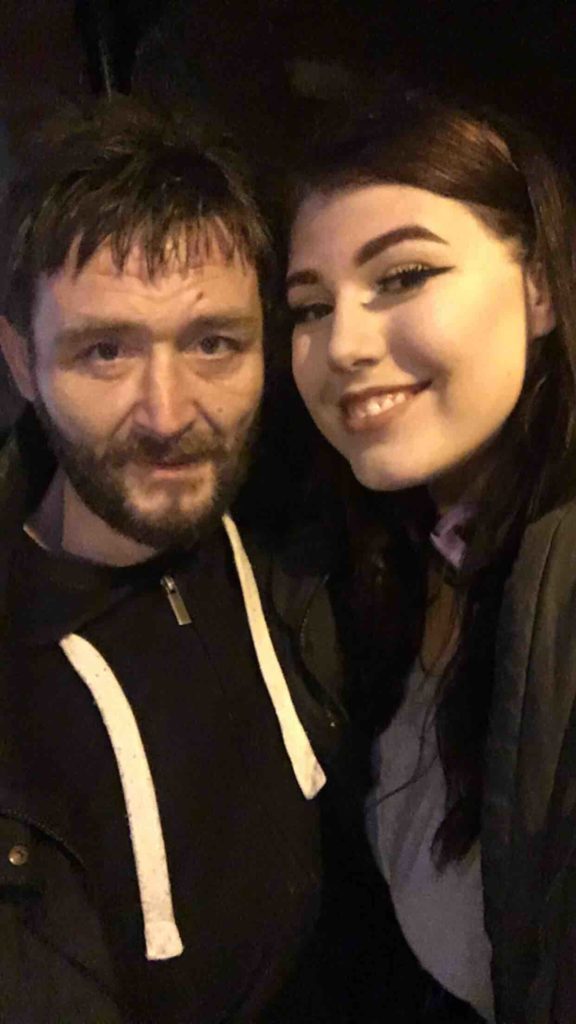 It just goes to show that kindness goes a long way and that assuming the worst of people rarely pays off.

Share this story to spread a little bit more love.