Recently, two neighbors realized that their pets were falling in love right under their noses.

For months on end, their pets, one a dog and another a cat, would stare longingly at each other from across the yard. It became somewhat of a habit until the cat owner decided to put potted plants on the windowsill her cat loved to sit on… and suddenly the dog couldn’t see his feline crush anymore. Their cute love story wouldn’t end here, however. 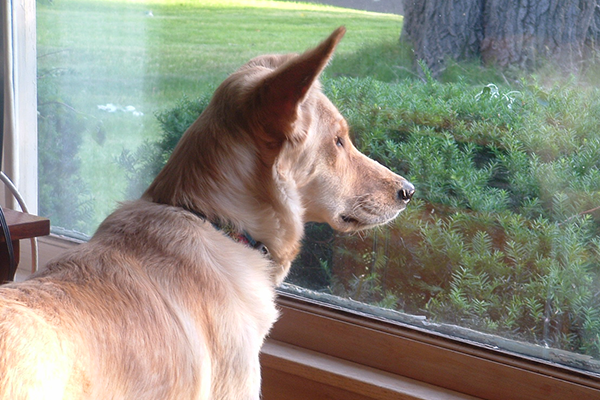 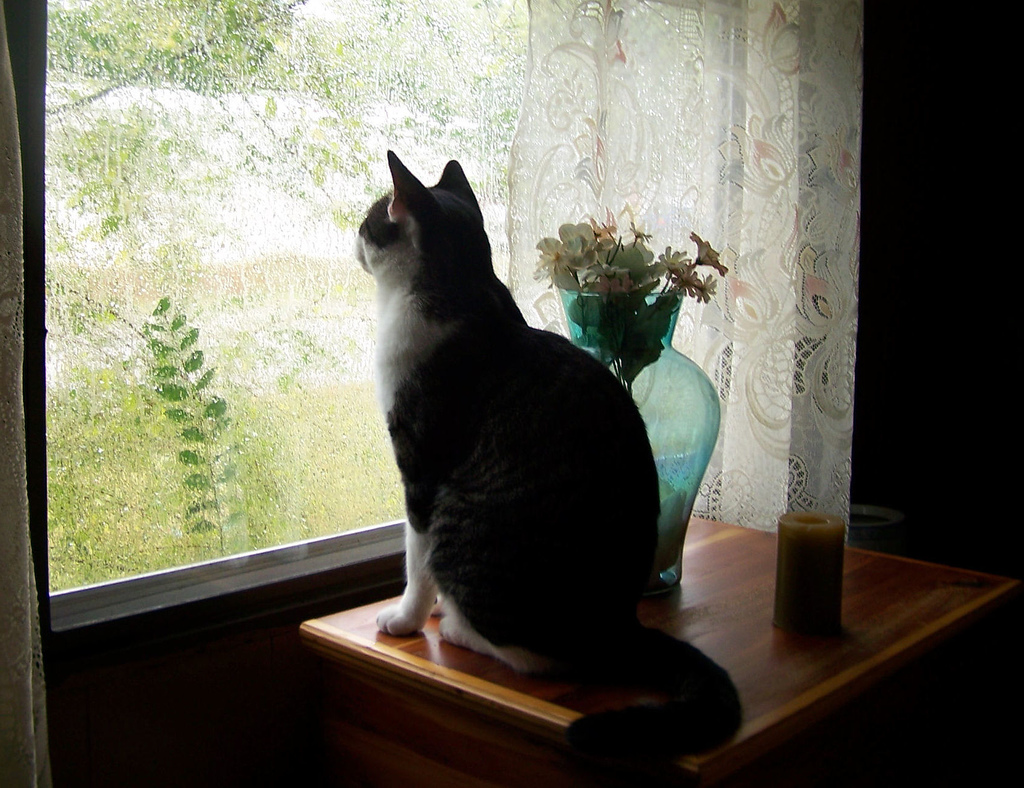 The dog spent a few days moping around the house until his owner realized why he was so sad. The woman taped a note on her neighbor’s window that will break your heart in the best way. 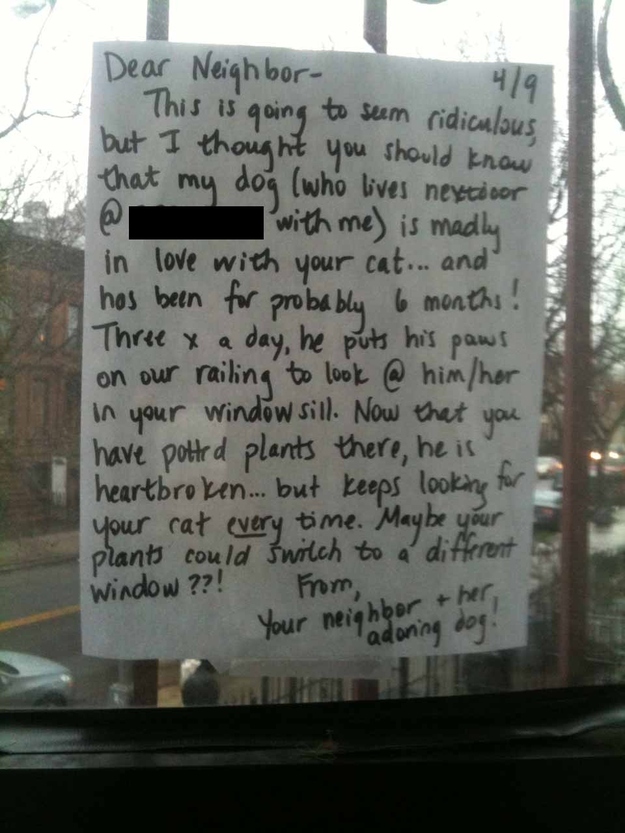 This is going to seem ridiculous, but I thought you should know that my dog (who lives next door with me) is madly in love with your cat… and has ben for probably 6 months! Three times a day, he puts his paws on our railing to look at him/her in your windowsill. Now that you have potted plants there, he is heartbroken… but keeps looking for your cat every time. Maybe your plants could switch to a different window??!

-From your neighbor and her adoring dog

Instead of ignoring the note, the cat owner responded in the absolute best way. She moved the potted plants and left a simple note of her own, “For True Love!” 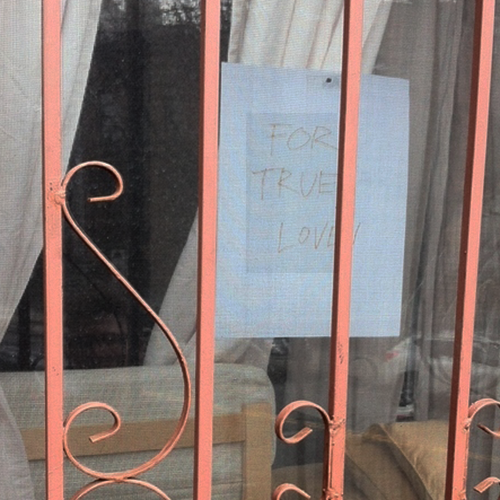 We don’t know if the pets ended up together or not… but if we had to guess, we’d say they are walking around the block together right now, madly in love.