Ah, school picture day: the perfect chance to take a photo that will perfectly encapsulate that moment in time. Or, you know… not.

Carter Hutsell of Missouri was excited to start the first day of 7th grade, which was also school picture day. A few days before school started, Carter and his mom, Laurel Boone Hutsell, sat down and discussed which shirt would look the best to commemorate his school year. They settled on a nice green shirt with a collar, which they figured would look good against a neutral gray or taupe background. 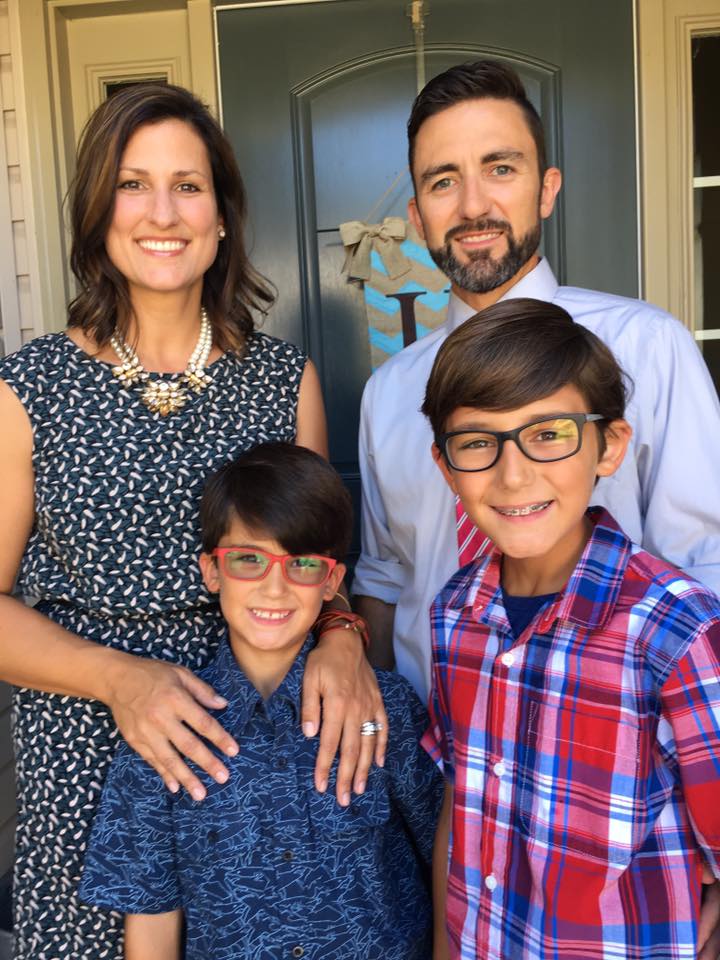 Then the first day of school rolled around.

The first thing Carter says to me is “Mom, I shouldn’t have worn the green shirt for pictures. It will blend in with the green screen they used.” I respond with “They used a green screen? What?! I probably should have read some fine print. Maybe they will be ok.”

It was not okay.

Two days later, Laurel received an email that the pictures were ready. She eagerly opened the link to check out her handsome young man’s photographs, and this is what she saw. 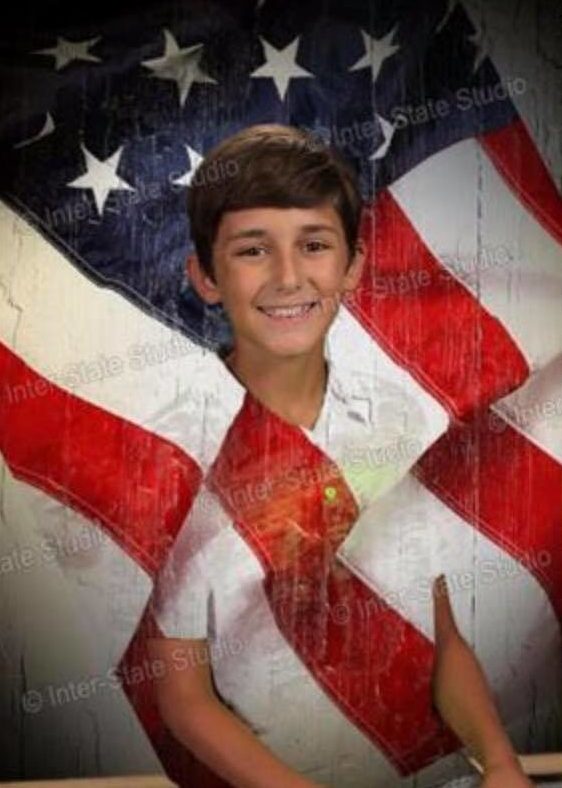 As soon as I saw the proofs, I had to look again. Out loud I said to myself “Oh my gosh. He was right. That’s exactly what happened.” I could not stop laughing. Each picture was better than the next. The flags? That autumn scene with the fence? 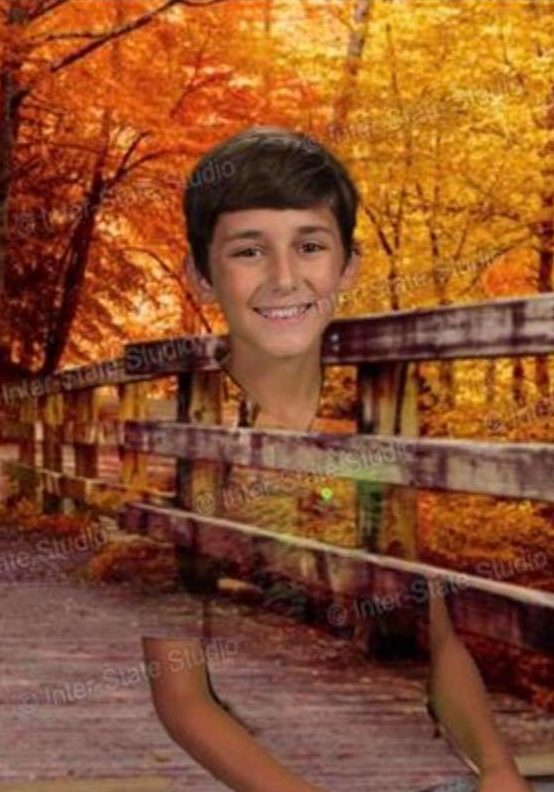 I really couldn’t believe my handsome boy’s head and arms were just floating there. I showed my husband and we got such a good laugh from it. And guess what? His smile and hair are PERFECT! HA! 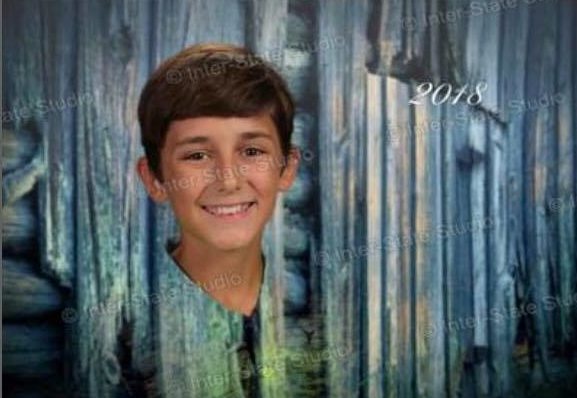 After Laurel shared the picture day debacle on Facebook, people could not stop laughing. It’s totally something we’d all do, because come on! Who told them to use a green screen? Maybe they could tell us not to wear certain colors ahead of time? 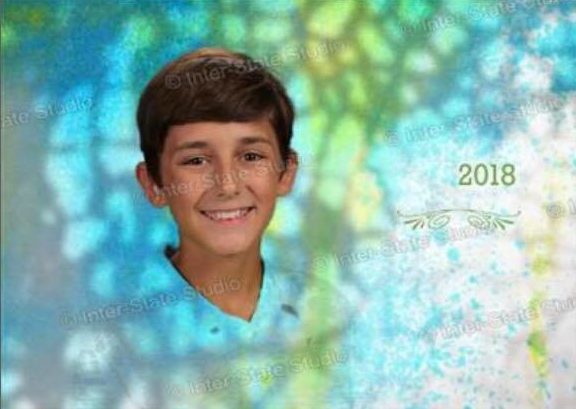 Laurel immediately started getting texts and messages from friends, family, and even strangers. When she showed Carter the pictures, he burst into a giant grin and said, “I told you” to his mother.

Now a few days have gone by and we are having so much fun with this. I really can’t believe it’s all happening! I have received tons of messages from other moms, thanking me for sharing this #momfail and for making them laugh. Lots of people are commenting about how handsome my son is and how much this has brightened their day. This is a memory and a story we’ll have to tell for a lifetime. 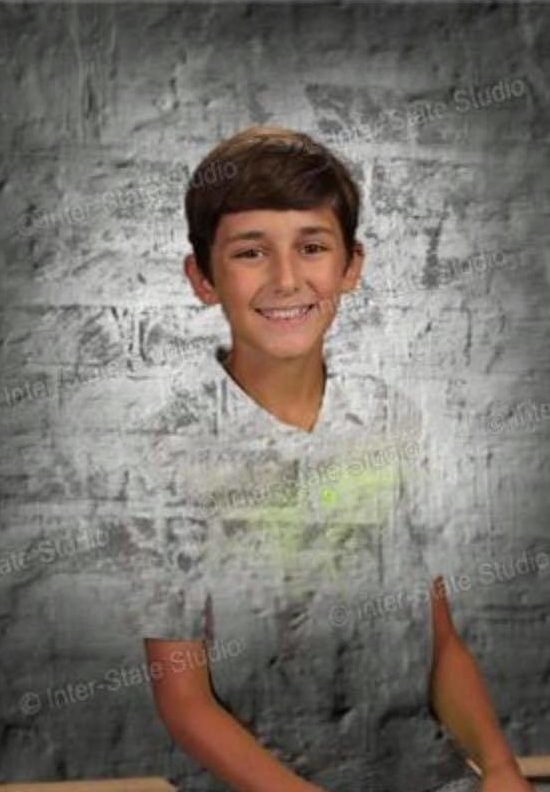 By the way, Laurel later found out that no, there was no fine print about not wearing green! They honestly just didn’t think any kids would wear green that day? Something tells us that the photo place will be changing that policy pretty quickly after Carter’s hilarious pics went viral! 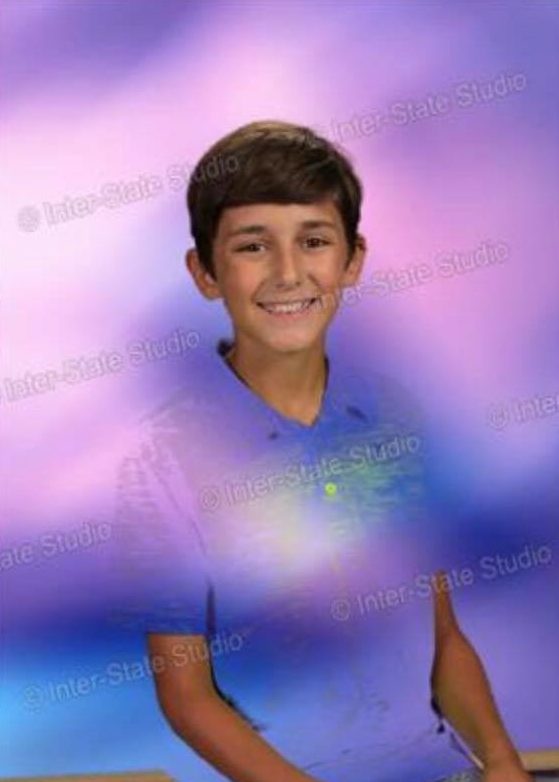 Laurel summed up the experience with some words of wisdom that we should all take to heart:

As moms, we do the best we can. We love our kids. We support. We encourage. And we try to prepare. But in the end, there’s a chance our kids will still have a floating head in a flag, autumn scene or brick wall. And that my friends, is a hilarious thing to be okay with. 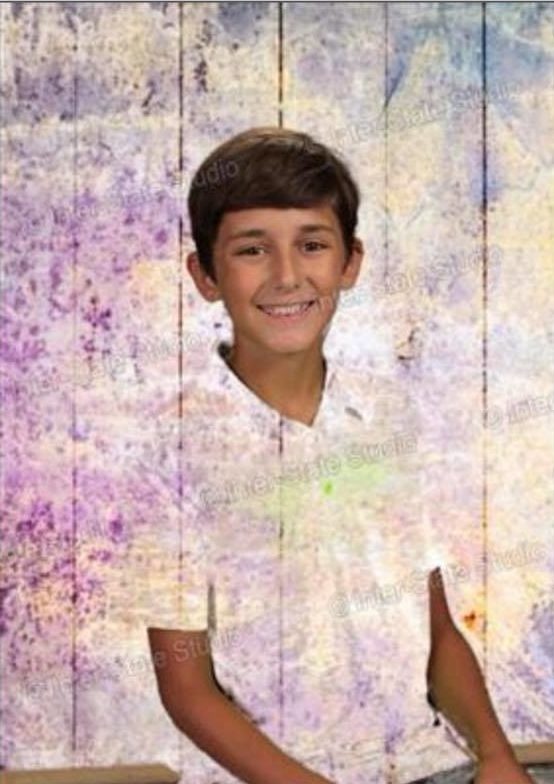 Well said, Laurel! This is exactly the kind of harmless, feel-good picture fail that we absolutely love. Thank you for sharing it and making us all laugh. Many of us parents will be a lot more careful about picture day outfits from now on, thanks to Carter and Laurel.

If this made you laugh, please share to help brighten someone else’s day too!