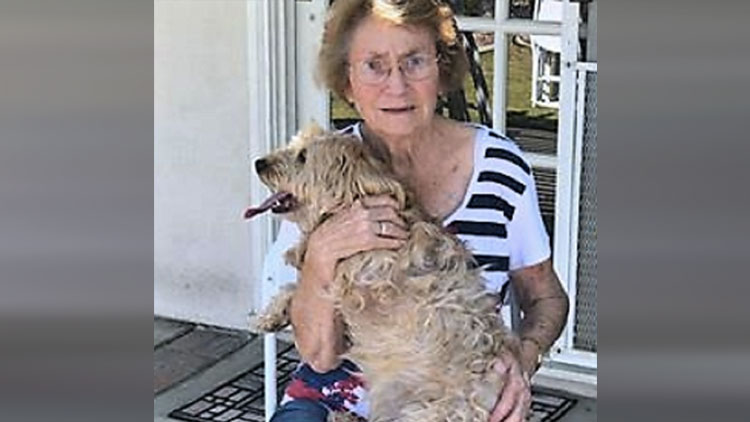 She still recognizes her family and loved ones. But things aren’t how they used to be ever since Grandma Betty was diagnosed with Alzheimer’s in 2016.

She’s no longer the “100-miles-a-minute” grandma and mother that they’ve always known, her cookie jar no longer filled with fresh-baked goods whenever visitors arrive. Grandma Betty “forgets ingredients when she tries to cook,” says 26-year-old Molly McManimie, so she doesn’t do much of that, either. Up until recently, her days have been pretty routine, and she’s found the most joy in simple things like her adult coloring books. 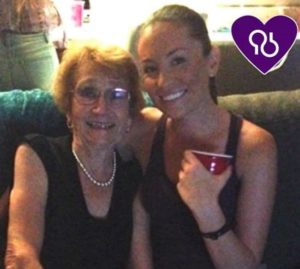 We cherish all the normalcy we have left, and we all do our best to keep her life normal by taking her to get her favorite soup (lobster bisque) or taking her to get her nails done. Unfortunately, she doesn’t always remember you were there after you leave, but while you’re around, she still loves you more than anything on this earth.

That’s what you have to remember when you love someone with Alzheimer’s – even when they forget things or people, your presence is important. You have to remain present, and that’s what we try to do. 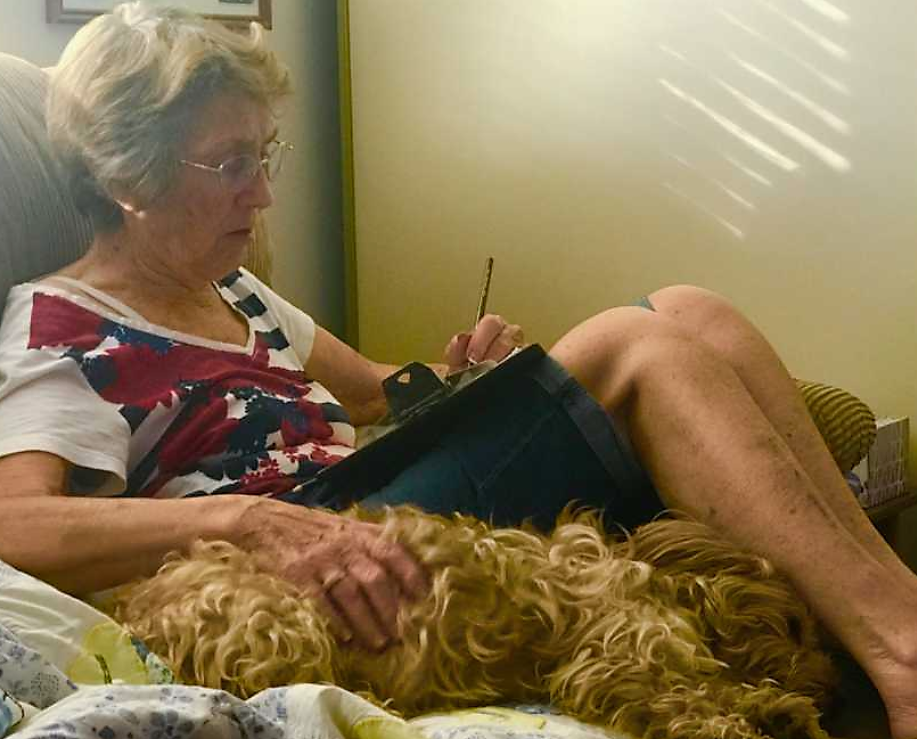 But no matter how many memories she’s lost, Molly continues, “the one thing she remembered every single day was that my grandpa wouldn’t let her get a dog.” Fortunately, Molly and the rest of the family agreed that’s exactly what she needed, not just for the companionship, but the pure joy that comes just from stroking a mass of silky soft fur.

Just look back at your own childhood and how much joy your furry buddies brought while you were growing up, they told him. Don’t you think it’d be just as therapeutic for her?

I think he finally realized the dog would not only comfort my grandma, but would give him some company, too! He is basically her full-time caretaker and spends his days making sure she gets to the right doctor at the right time, that she actually eats and that her life remains somewhat normal. A furry four-legged friend would only add joy to their normal routine. 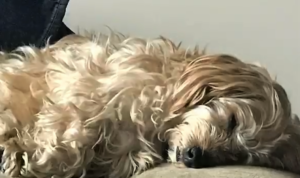 And they found the perfect dog, a rescue named Fenton who, it just so happens, looks a lot like the pup grandpa had when he was growing up! But they didn’t let on that they were looking for a dog, or even that grandpa had finally given the go-ahead, because that would’ve ruined the surprise.

“I’m sure she never imagined he would ever say yes, which is why we wanted to keep it a surprise so she would feel as much joy as possible,” Molly wrote about the June video below, which perfectly captures the surprise and “childlike innocence” they’d all expected. 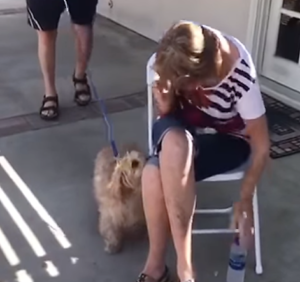 Once the day came to introduce her to Fenton, her reaction made all the worries, stresses and horrible parts of this disease disappear. Her tears of joy and unconditional, immediate love for him when she found out she was his new owner confirmed what we knew all along: dogs really are the greatest creatures on this earth.

It’s a match made in heaven! Grandma Betty and Fenton spend their days curled up on the recliner together, her coloring and him woofing whenever she strays outside the lines. And even grandpa, who was so staunchly against taking on the responsibility of a pet, can’t help fawning over the little guy! 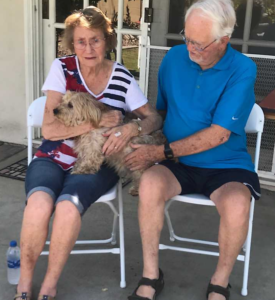 When I asked my dad if grandma remembers his name, he said, “No, but she remembers she loves him.” That’s all that matters. He may be a rescue, but in the end, it’s him who is rescuing her (and my grandpa). Welcome to the fam, Fenton.

Just watching the video below will make you cry tears of joy right alongside Granda Betty, and, we imagine, the rest of the family.

Check it out below, and share to warm some more hearts!