See what a big, toothy smile will get you?

A little black-and-tan goober named Cheech showed up at the City of Waller Animal Shelter and Rescue in Texas last Thursday. By the next day, hundreds of people had lined up to adopt him after seeing a Facebook post showing him grinning from ear to ear.

“Y’all… this smiling dog we got in at the shelter yesterday is ridiculous!” the shelter’s director, Leah Sipe, posted along with the now-viral photos. 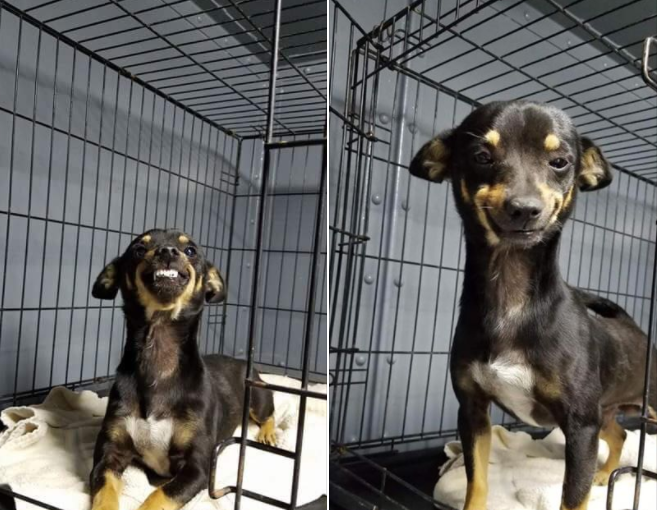 “The smiling scared a couple of the volunteers as they mistook it for snarling, and they were mortified when I stuck my hand in his cage on the day we got him in,” she said. “He’s an awesome little guy!” 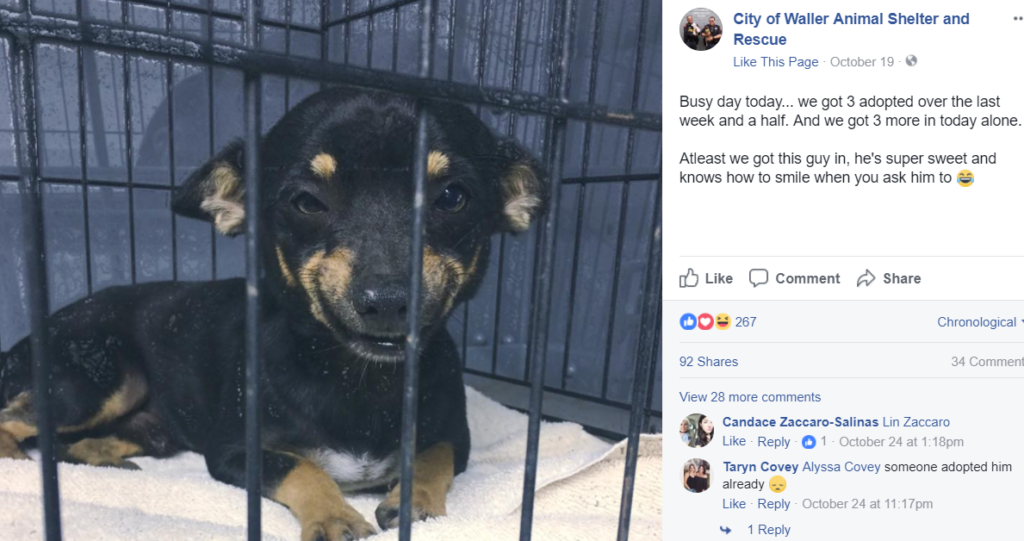 But among all the inquiries from potential adopters, one really stood out: A woman named Carrie just lost her German shepherd to cancer and her remaining pup, Dusty, was taking the loss especially hard.

Dusty fell into a deep depression “and had not eaten in days,” the shelter wrote. “Carrie and Dusty visited Cheech today, and Cheech wanted nothing but to cuddle with her and Dusty.” 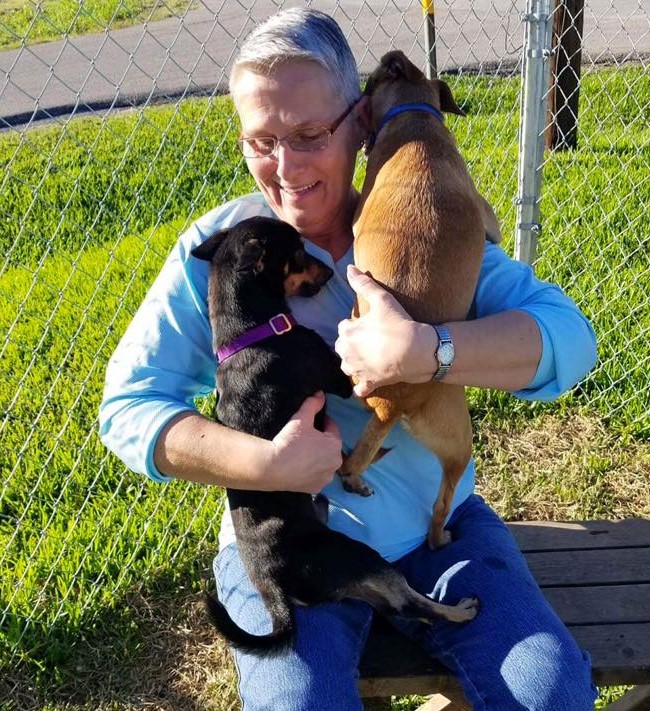 It looks like Cheech has found his furever home— now he really has something to smile about!

But the shelter is quick to point out that there are lots of other dogs who’re also waiting to be adopted from the shelter, whose grand opening is slated for Nov. 12. 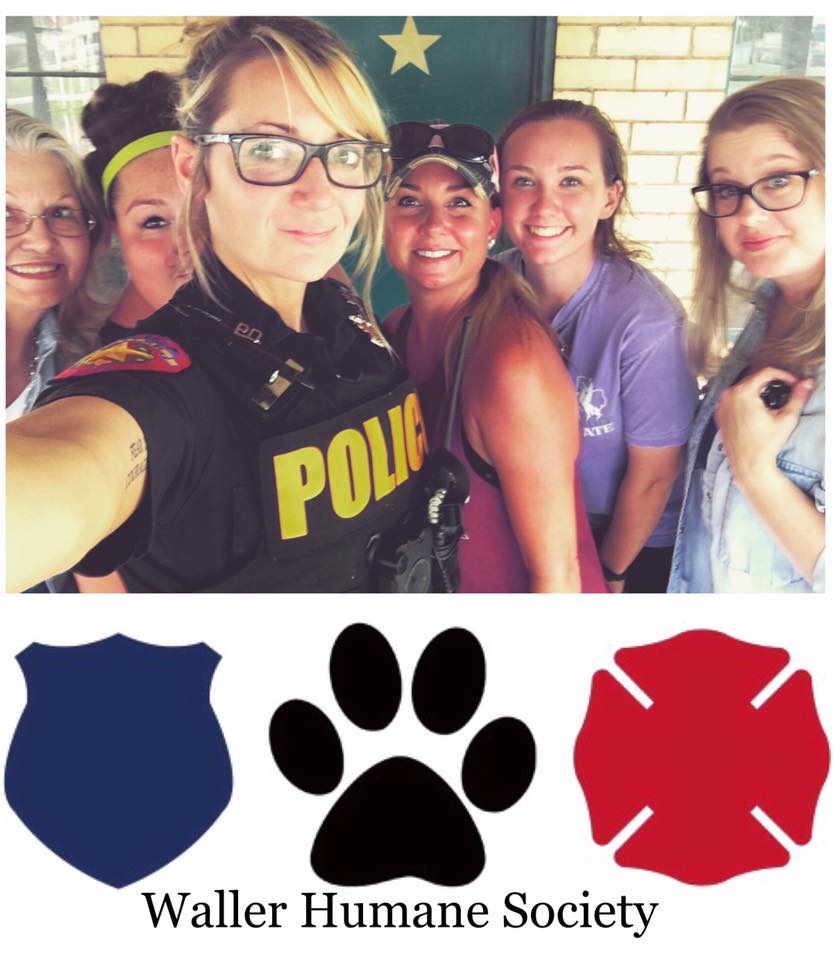 Leah worked as a police officer in Waller last fall and immediately got involved in rescue efforts for the city’s animals. She and other animal lovers talked city officials into converting an abandoned jail into a shelter, and have been busy renovating it ever since. 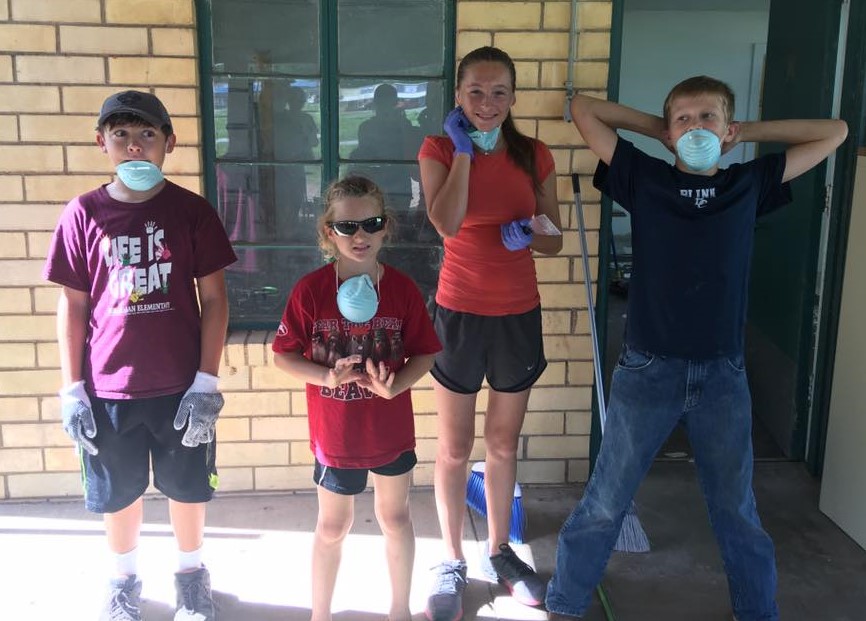 Share to spread happiness that Cheech now has a new home, and to help get the word out that many, many more dogs are still out there waiting to be adopted!