When you rescue a pet, it’s hard to know exactly what they went through before you adopted them. But the hope is that you can give them all the love and safety they need to forget any bad memories.

A couple rescued a golden retriever from a shelter in China and the dog was everything they’d wanted in a faithful, four-legged family member: friendly, cute, obedient, and extremely well-behaved. But they picked up on one strange habit of this sweet dog’s personality that puzzled them — he didn’t seem to sleep.

They tried everything they could to wear him out so he’d hit the sack for a restful night’s sleep but to no avail. The last thing they’d see when they turned in at night, and the first thing in the morning, was this: 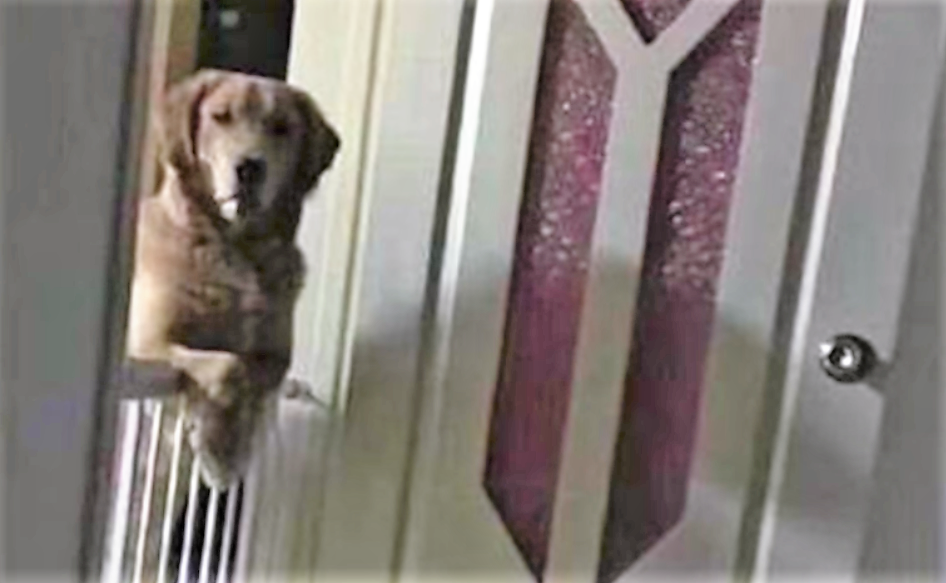 Concerned about a potential medical issue, they took him to the vet. But after a thorough checkup, he came away with a clean bill of health. The staring continued, and it was unnerving, to say the least.

So they went back to the shelter where they’d initially adopted him to find out what they could about his background, and the reason why he’d been given up in the first place. Got your tissues handy? 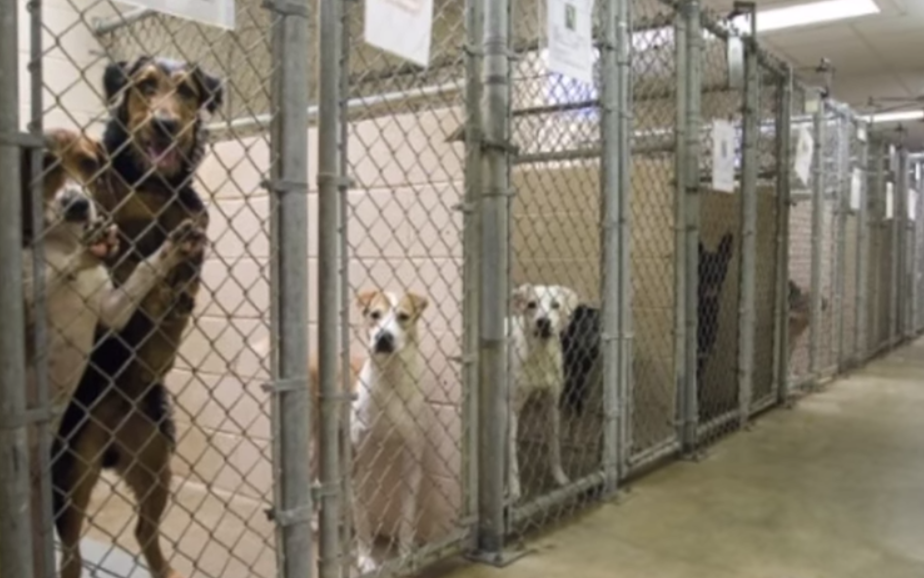 The shelter told the couple that when the dog’s previous owner’s wife became pregnant, the man didn’t think he’d be able to take care of the entire family.

He made the difficult decision to surrender the dog. But the manner in which he went about it was unbelievably cruel: He sedated the dog and waited for him to fall asleep, then dropped him off at the shelter. The poor dog woke up in the unfamiliar place, realizing he’d been abandoned. 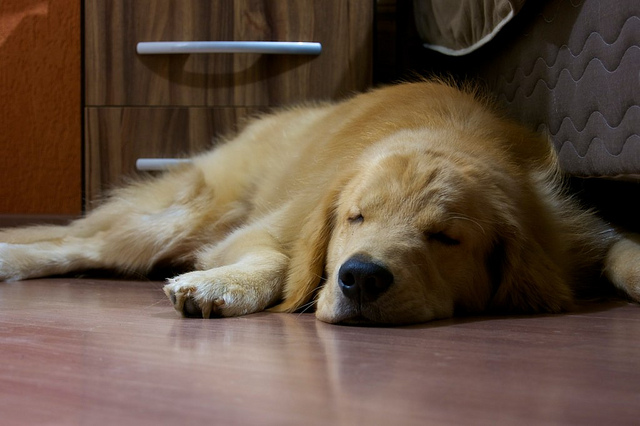 Now, he was afraid to sleep because he didn’t want to be given away again.

After learning his story, his new owners moved his bed directly beside their own, letting him know that he is a permanent member of the family. Though it took some time for his anxiety to fade, he now sleeps soundly at night, secure in the knowledge that he’ll never be abandoned again.

Watch the video below to hear more about this bittersweet story, and share to spread happiness that this sweet and loyal pooch has finally found his forever home!