Cash easily made it onto Santa’s “Good” list this year because, well, he’s a golden retriever. No further explanation needed.

Another thing you should know about the cutie is that he’s been a little lonely — not just last year, but ever since 2014, when his sister Rosie passed away unexpectedly. Santa must’ve picked up on it because Cash got the best Christmas present ever — one that’s sure to breathe new life into this 12-year-old golden’s “Golden years.” 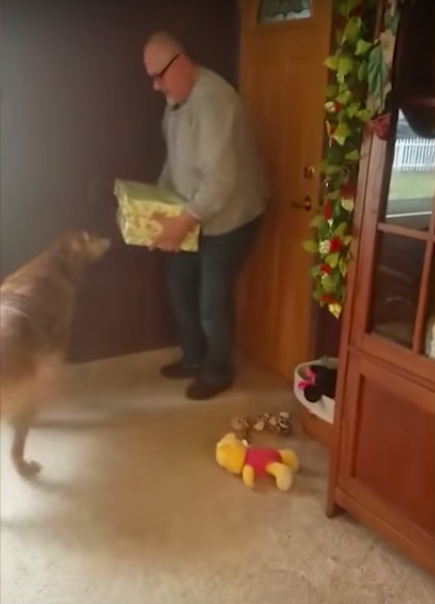 As an early Christmas present, Cash’s owners Jay and Marie Ahonen decided to surprise their pup with a new pal. If you thought people being surprised with puppies make for cute videos, you haven’t seen anything!

In the video below, Jay Ahonen walks through the door holding a wrapped box, which he gently sets down on the floor for Cash to investigate. 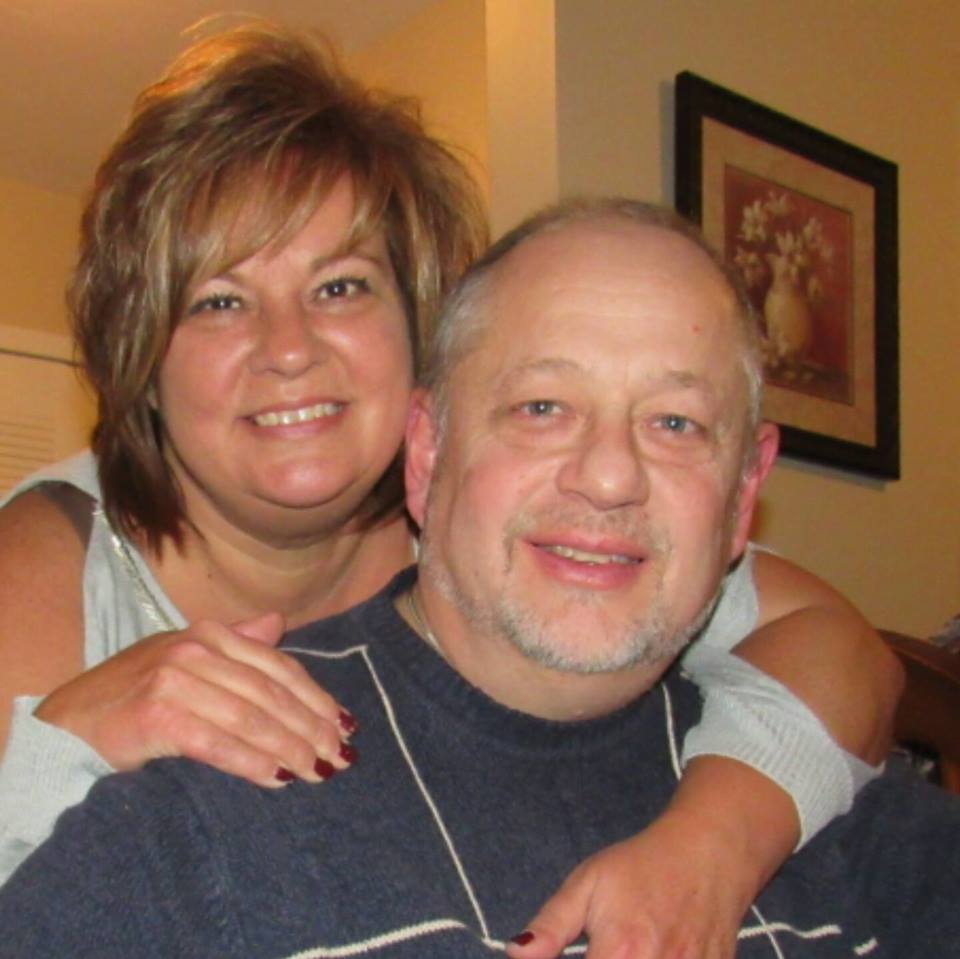 When they first decided to get a puppy, Marie said she figured he’d make a good present for the entire family. But “it just kind of piqued in my mind that this will be Cash’s present,” she added.

Cash’s enthusiasm quickly grew — even if he couldn’t see Jennings, his to-be new bestie, in there, he could definitely smell him. 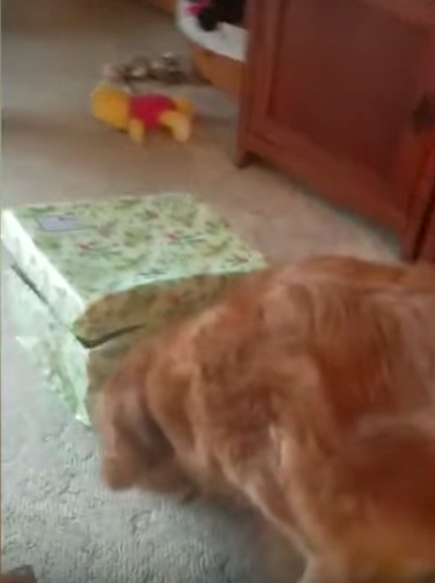 When he popped the box open, the old dog became like a fresh-faced puppy again, wiggling with excitement. 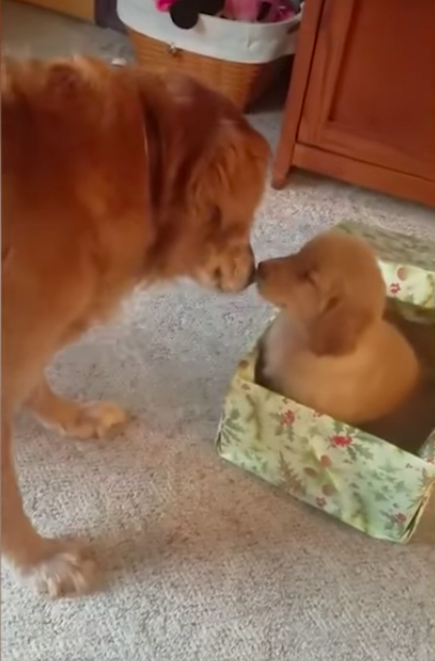 “He just got so excited and his paws were going a million miles an hour and I’m just so excited, like this is what he needed.”

Cash is so excited, it looks like he’s about to pounce on Jennings, after all, he has three years of playtime to catch up on! And honestly, who wouldn’t immediately want to befriend this puppy?! 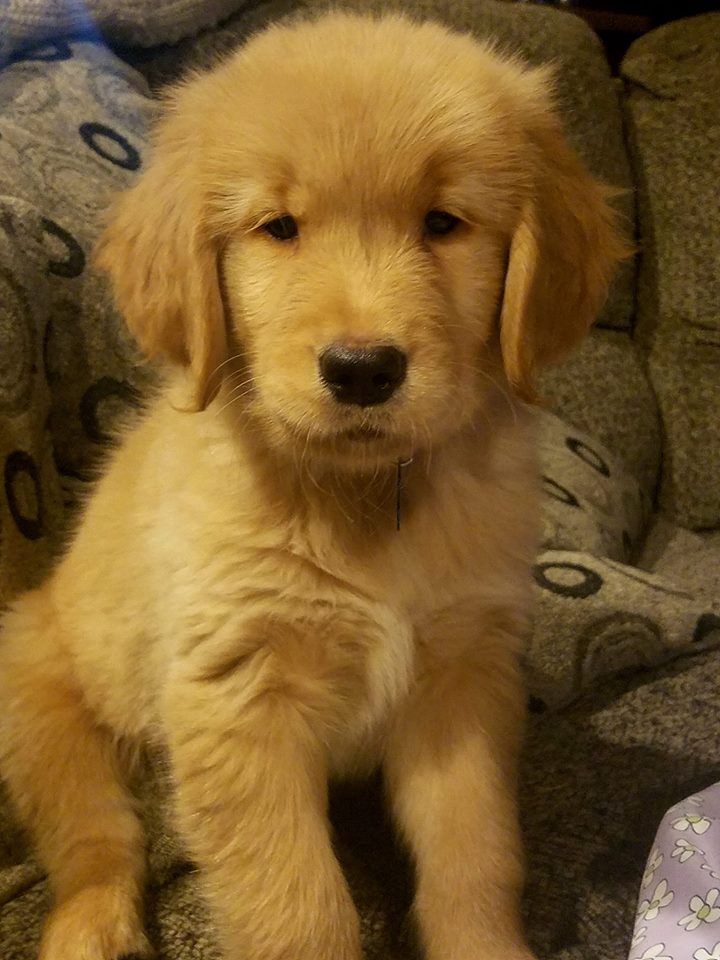 Let’s hope this adorable little puppy is able to keep up. Check it out in the clip below, and remember to share to spread smiles!