A Cedar Falls, Iowa, boy is on a mission, and it’s about the most adorable mission you can imagine.

Nine-year-old Gideon Kidd loves all dogs big and small, and his passion drove him to set up a blog in the fall of 2016 called “I’ve Pet That Dog.” And it’s exactly what it sounds like: He posts pictures of all the dogs he’s met and snuggled with, from massive Saint Bernards to tiny little Chihuahuas (his favorite breed). 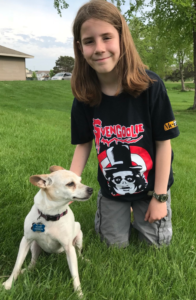 He just recently started a Twitter account and already has thousands upon thousands of followers, because when the mission’s as precious as this, who wouldn’t want to follow along? 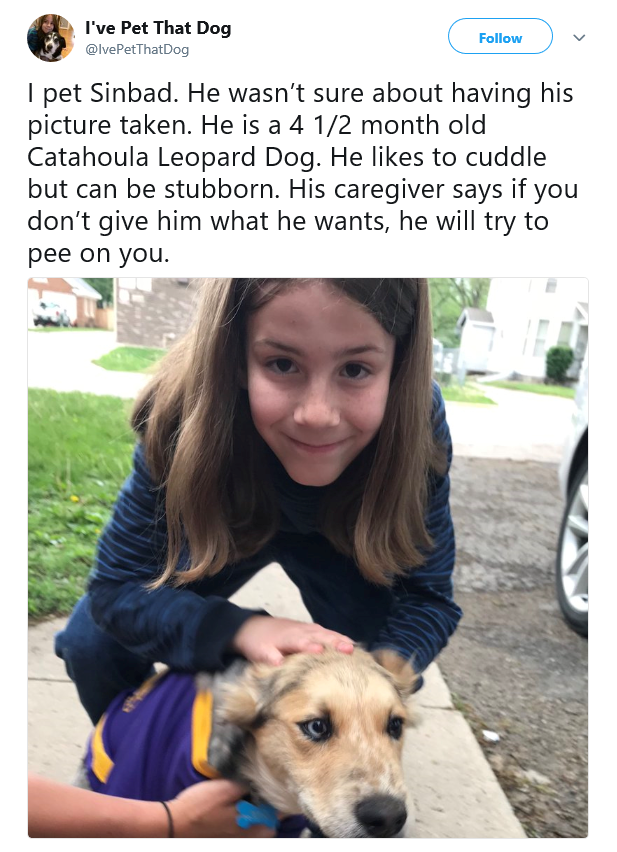 Gideon not only mugs for the camera next to his new friends, but also provides some background information, including their names, breed, age, and how they ended up with their owners. Like Snickers, a 14-year-old Goldendoodle who a serviceman adopted to keep his wife company while he was deployed to Iraq. 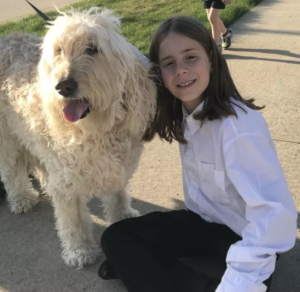 And Clementine, a cocker spaniel puppy who nursed from a Shih tzu because her own mother couldn’t produce milk. 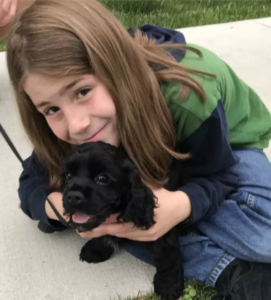 Gideon’s gotten so much attention lately that he’s now using it to help find homes for some of his new buddies. Last week, for example, he posted photos of two dogs who are now up for adoption at the Cedar Bend Humane Society.

Romeo, he writes, was rescued from the streets, but he’s a really good boy who can sit on a command, and comes when he’s called: 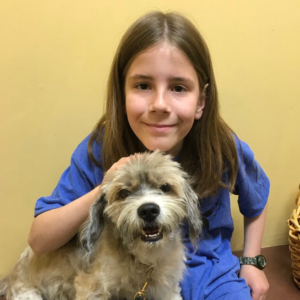 Then there’s Etta, who’s hoping someone will adopt both her and her brother, Otis. 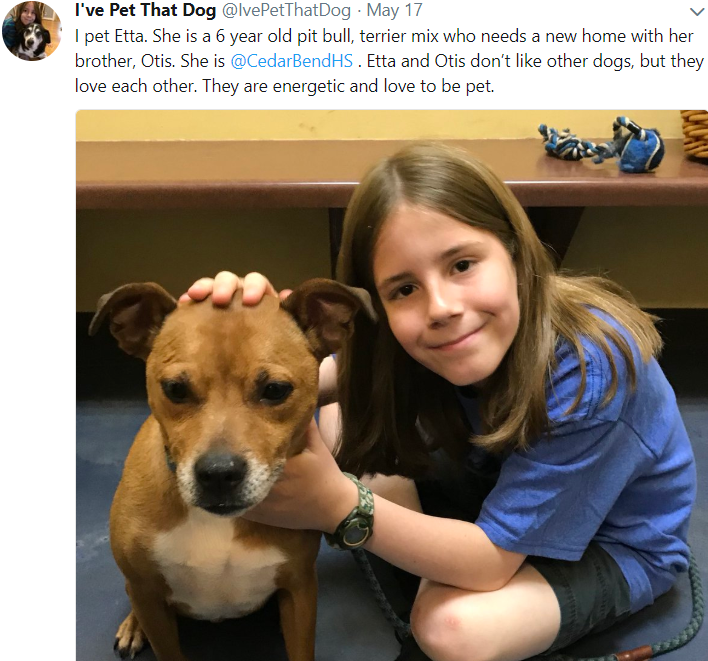 In an article he recently wrote for Buzzfeed, Gideon explained that he loves dogs because they’re “super cute” and “good company,” and because they’re all so different from one another. But, he cautioned, anyone who wants to pet someone else’s dog should first ask for permission, then let the dog sniff their hand so they can get properly acquainted.

Some dogs may be wary of letting strangers pet them, but then, most seem to recognize Gideon’s pure heart. 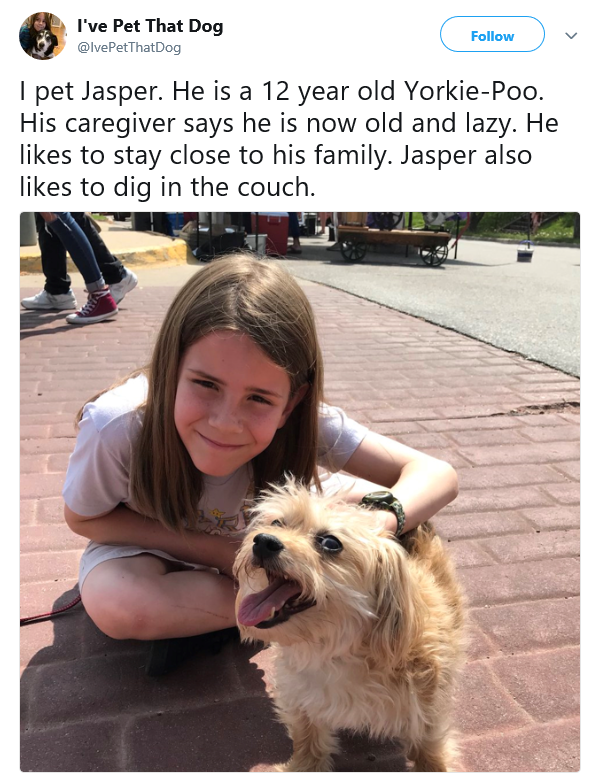 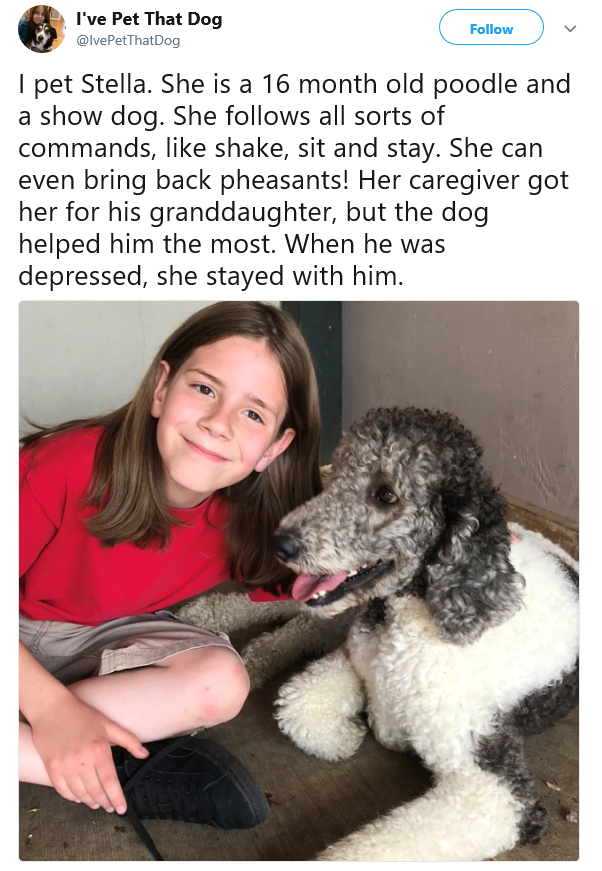 In fact, more than 300 dogs have let Gideon pet them since his journey started… 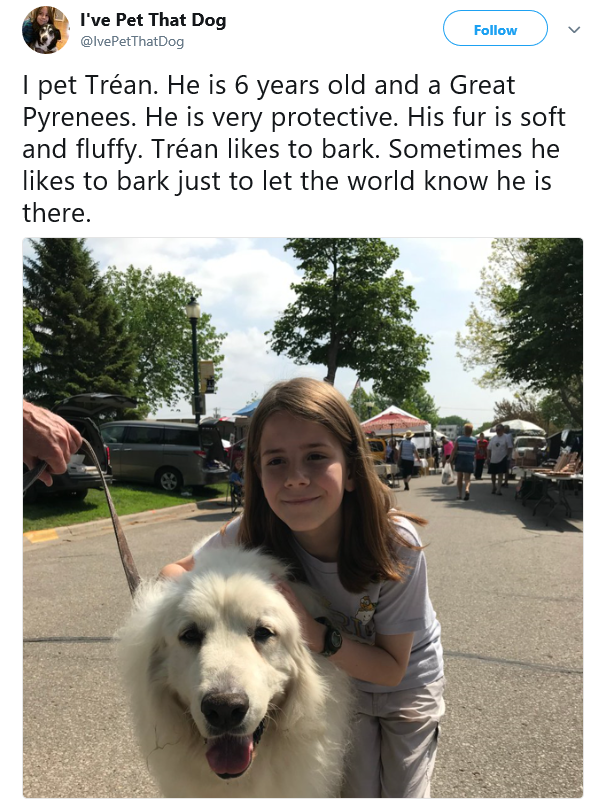 …and we have a feeling there are still hundreds more to come!