Anyone who has flown before knows it takes something really special to stop you in your tracks at the airport, even when you have a few minutes to spare.

A concert-worthy piano performance proved to be one of those unique moments! Numerous airline passengers were pleasantly surprised by the level of pure talent they saw when they walked past what appeared to be a custodian playing Queen’s famous “Bohemian Rhapsody” on a communal piano. 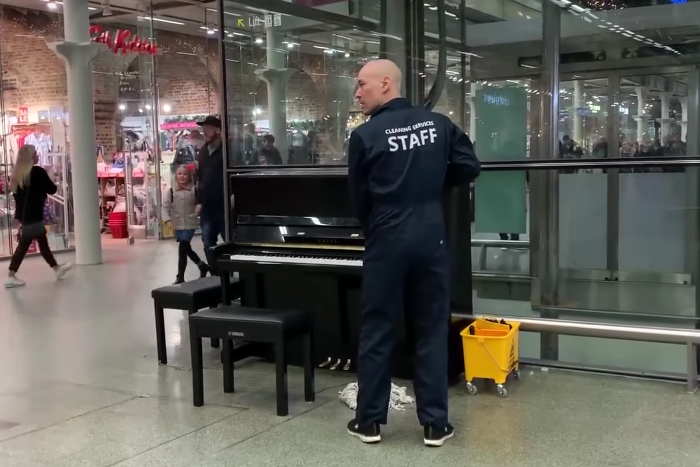 Little did they realize this “custodian” was actually Georges Sokol, a composure, concert pianist, teacher, and Top Music Scholar at Winchester College. He’d dressed up so he could really shock his audience, and he definitely achieved that goal! 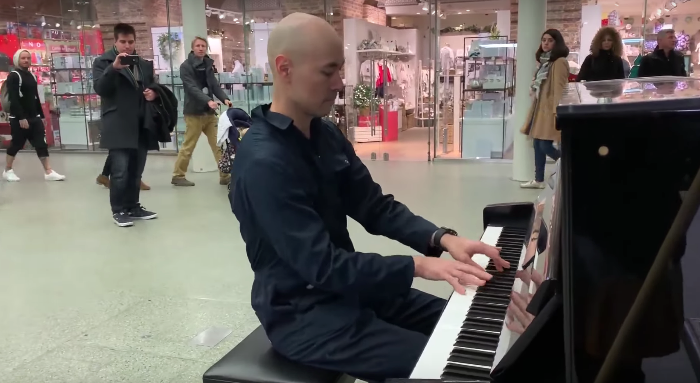 In a video shared online, we see Georges set aside a mop before he takes a seat and begins the complicated song. At first, people give him a quick smile and keep walking. Then, slowly but surely, others form a crowd around him, drawn by his talent.

Of course, they quickly become so mesmerized they can’t leave! Two little kids even start dancing behind him, drawn by the amazing music. These people may not know each other, but they’re united by their awe for this “custodian” and his immense talent. 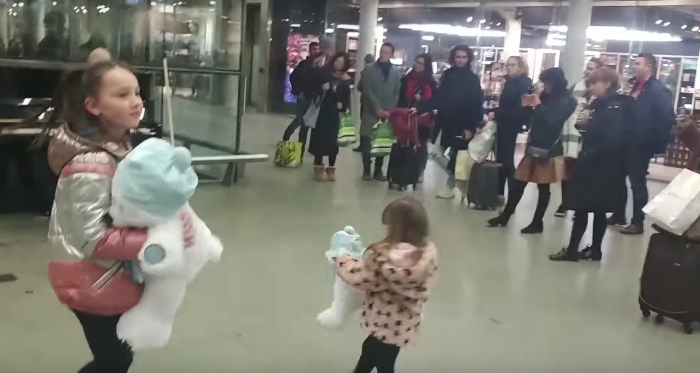 By the end of the impressive performance, Georges collects a solid group of individuals to cheer him on. Of course, they’re probably imagining that the airport employee missed his true calling. 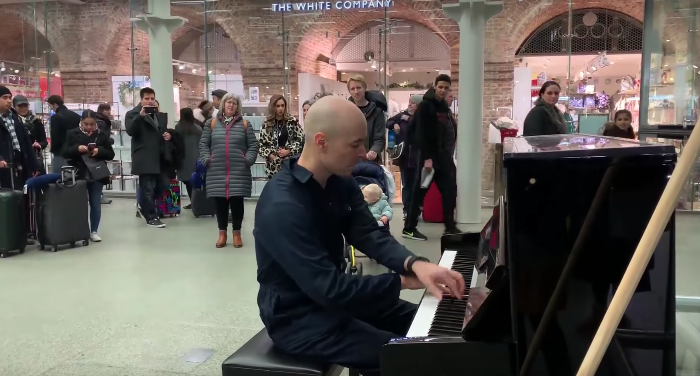 While Georges never reveals his true identity, his new fans don’t seem to care. They’re just happy to have witnessed such beautiful art in an otherwise busy place!

Check out the incognito concert in the video below, and don’t forget to share this story with your friends!