Superstar country singer Garth Brooks recently shared a beautifully tender moment with a fan of his during a concert. Mid-concert, Garth noticed a fan in the crowd named Sophie holding up a sign. The sign referenced her birthday, so Garth had everyone in the stadium sing “Happy Birthday” to her.

Then, as Garth looked closer at the sign, he noticed Sophie was requesting a song. The sign read “Can you sing ‘Mom’ for my birthday?”

The question was innocent enough, but Sophie’s response was not what Garth expected. Sophie told Garth that her son, Antoine, had passed away when he was just 3 years old.

Although her response undoubtedly shook him, Garth responded with a beautiful sentiment. “It should never go in that order,” he said. “So let’s sing this, cause where babies come from, that’s where babies go to.”

Then he started to sing. 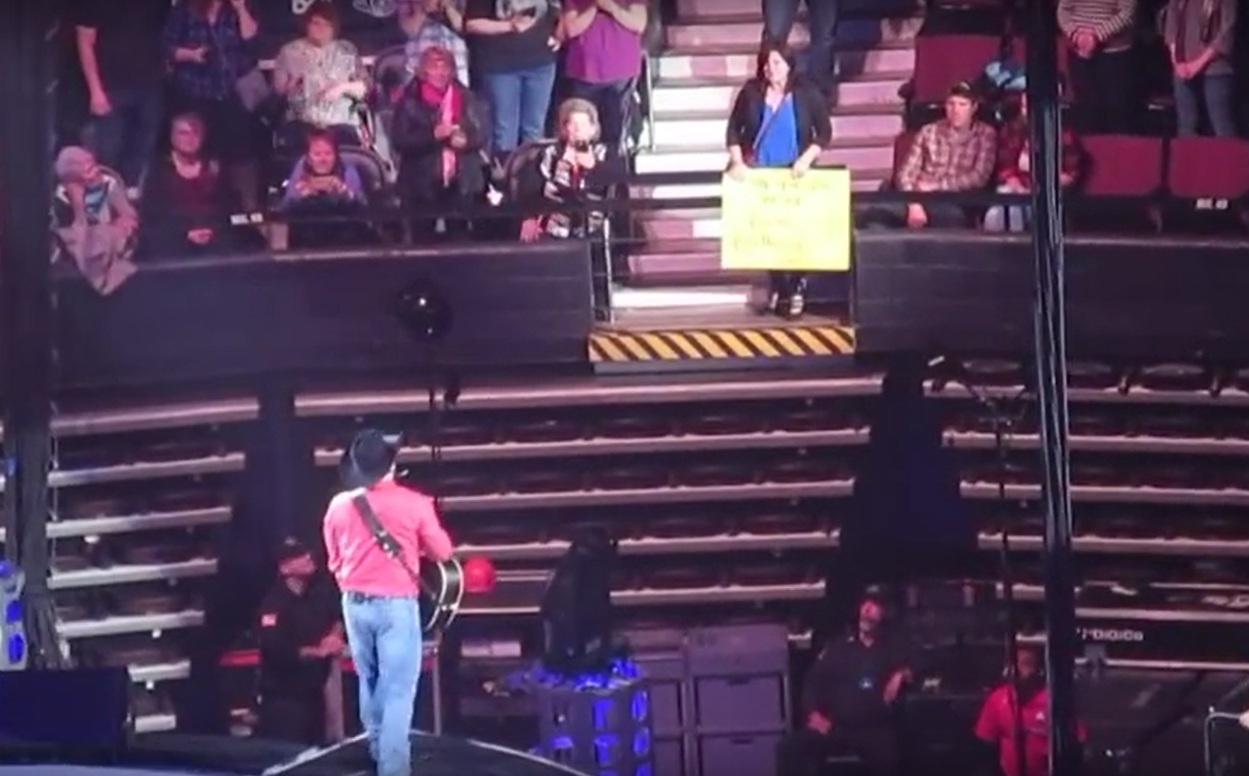 The moment meant the world to Sophie, as she explained in a comment on the YouTube video below:

The most memorable birthday I could ever ask for! Thank you Garth Brooks, Gary for taking me to the show for my birthday, to the fan who took this video (I could’t even remember half of what happened. I was so stunned!) and to Antoine for showing up on my birthday in a spectacular way!

I had requested to Antoine and God in a prayer before the show that Garth sings this song for me especially. I never imagined it would turnout to be such a divinely well orchestrated moment!

Garth Brooks is nothing short of a class act. That is what I love the most about him, the quality of his heartfelt lyrics, his genuine love for his fans and of course, his God given talent.

Fly away precious little Antoine, until we meet again Angel!

Check out the beautiful moment in the video below and share.