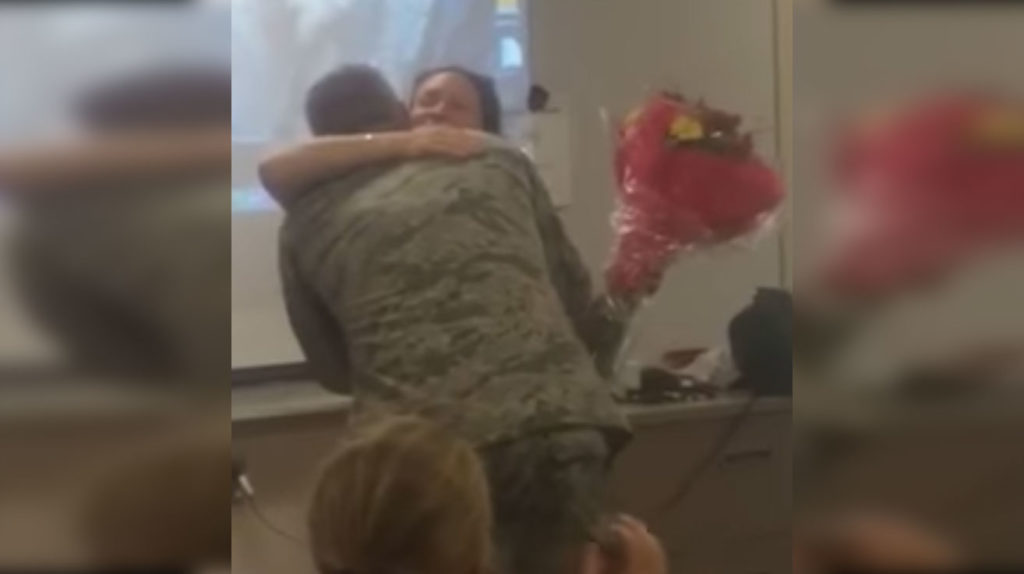 We have all had at least one role model in our lives who has deeply impacted us. For many of us, that person has been a teacher, mainly because– as children and teenagers– we spend so much of our days being led and taught by them in school. These teachers deserve to be celebrated and thanked each day, and one former student was not going to let the decades that had passed since 8th grade stand in his way of doing just that.

In the video below, filmed on the last day of school last June, a man in an army uniform walks in and interrupts a 6th grade class and asks them if they would like to hear a story. 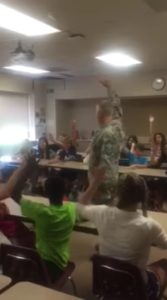 He proceeds to tell them all about his first day of school as an 8th grader who had just moved and didn’t know anyone. That’s when he was approached by a new teacher who also happened to be having her first day ever of teaching. 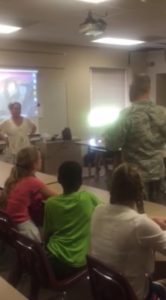 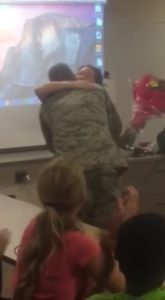 Watch the video below to hear this heartwarming story, and share!