It’s a well-known fact that dogs love to get their butts scratched. They’ll beg, giving you their best puppy dog eyes, but few pups are as into tooshie rubs as this little horse.

Frankly, there’s nothing she loves more than a good ole butt rub — and she’s not shy about asking for one, either. In fact, she’s rather adamant about it… and if this guy thinks he can just walk away after one little scratch, he has another thing coming.

Narnianchick shared the below video on YouTube last summer, showing her uncle’s six-week-old filly, Maria, following her dad around in a pasture. 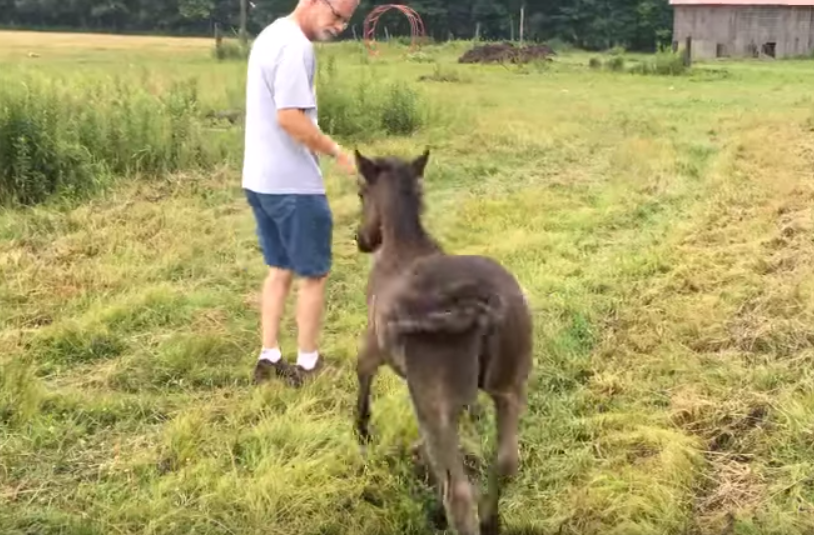 “My uncle’s new filly LOVES to have her butt scratched, particularly by my father,” she wrote. “She’ll even chase him down when he tries to walk away.”

And the video is proof of this very point. Maria follows Narnianchick’s dad around the field, jonesing for a rub in her favorite spot. 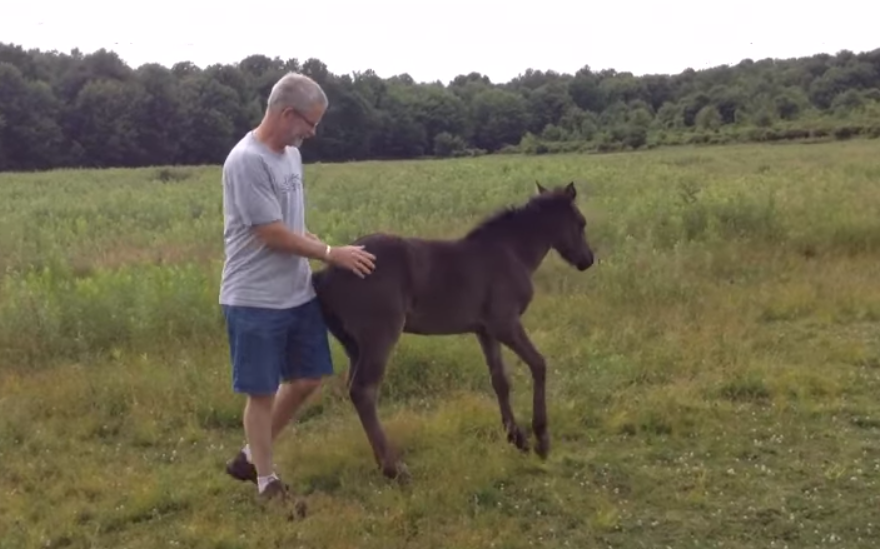 Of course, he can’t say no, so he obliges.

When he’s done, though, he backs away from the little lady. But she’s not ready for him to stop — not by a long shot. So she shifts into reverse. 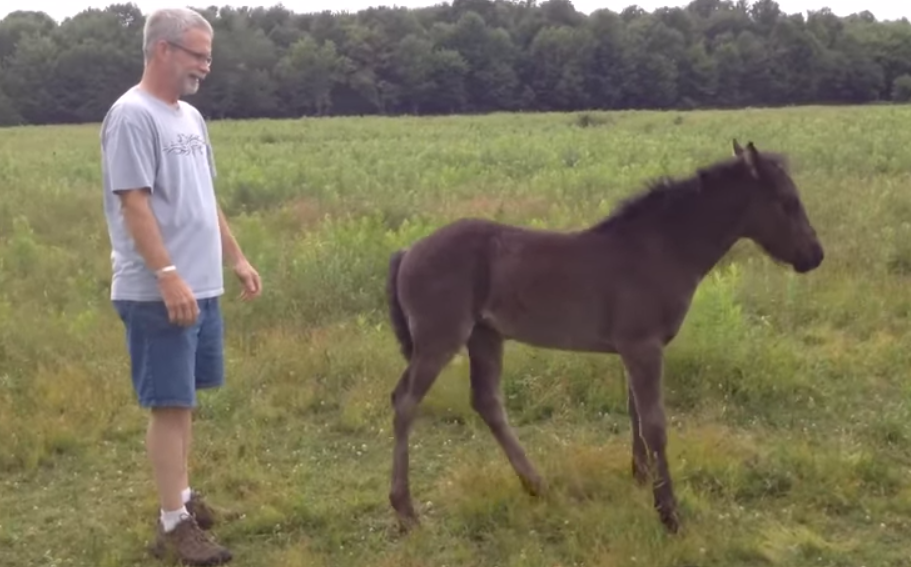 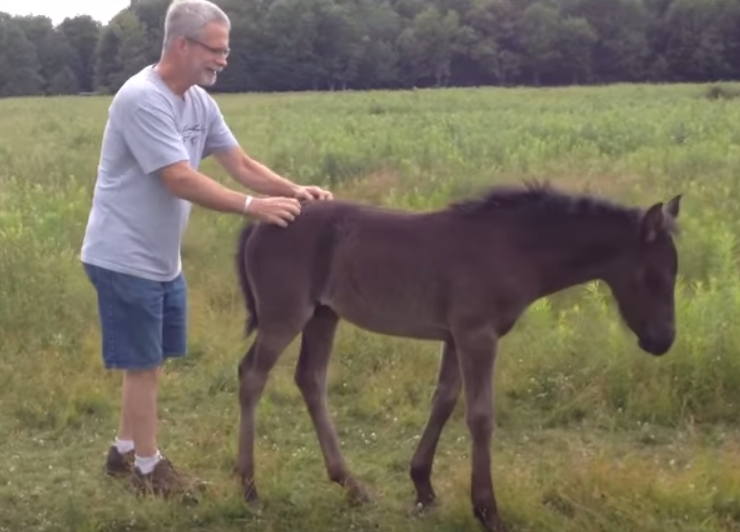 The cycle continues and Maria gets not one, not two, but three butt rubs.

When Dad starts walking away for the last time, it’s almost as though the filly says, “Thanks for nothing,” and gives him a swift kick in the pants. 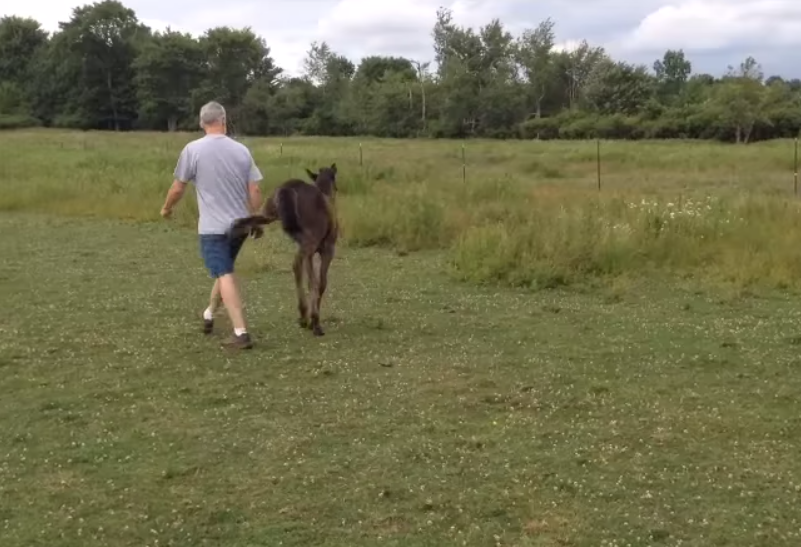 It should be noted that Narnianchick was quick to point out that Maria had never kicked anyone before or following the incident (hence their surprised reactions) and they weren’t trying to repeat the habit. It was just a funny happenstance that she wanted to share with the world.

Watch this stubborn filly in action below. Be sure to share to spread some laughs!