Feral cats by nature are unaccustomed to human interaction and can, therefore, be rather surly around people. But ferals aren’t always grumpy.

Take Grandpa Mason, for instance. He has a hard time relating to humans — he’s spent all but the last nine months of his life as a feral, after all — but it turns out there are a few things that turn the feisty feline into a big ball of cuddles. You see, up until October, Mason lived on a large, rural property in Langley, British Columbia. He called several abandoned barns home, along with dozens of other feral cats. 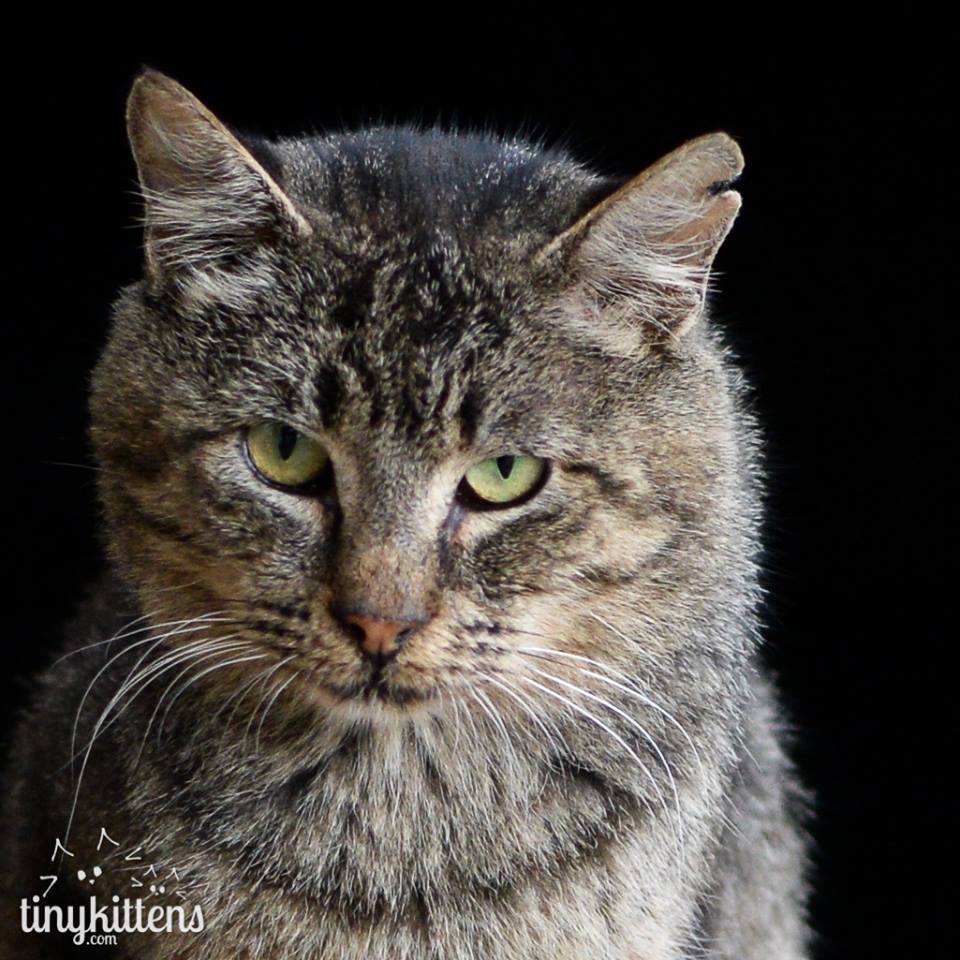 A developer discovered the colony when the barns were being razed, and a local rescue group, Tiny Kittens, set out to trap them and, if possible, find them homes.

Mason had numerous wounds, a massive growth on one paw, and required extensive dental surgery. Once he received treatment, a volunteer brought him home to recover and soon realized Mason would never be a candidate for adoption.

“He is one of the oldest surviving ferals we have seen, and throughout his recovery, he made it clear his feral instincts were deeply ingrained,” she wrote on the Tiny Kittens site. 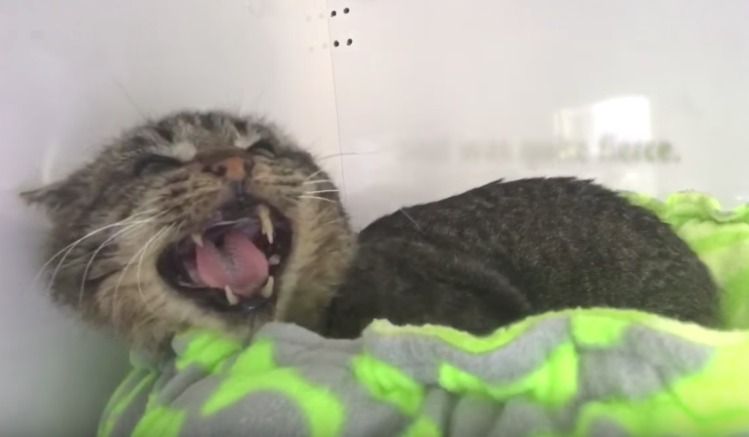 Results of blood work also showed that he had advanced kidney disease, and the rescue group was faced with either having him euthanized or providing hospice care. They chose the latter: “Mason’s many scars told us how hard he had fought to survive this long, and we were determined to give him a chance to experience comfort, safety, and freedom from pain during his sunset months.”

In a separate area of her house, the volunteer who was caring for Mason was also fostering a couple of kittens. She brought them into the main part of the house one day to play, keeping a wary eye on Mason. But, to her surprise, the old guy perked up and suddenly turned into a big ol’ softie, licking them, trilling to get their attention, and rolling around on the floor. 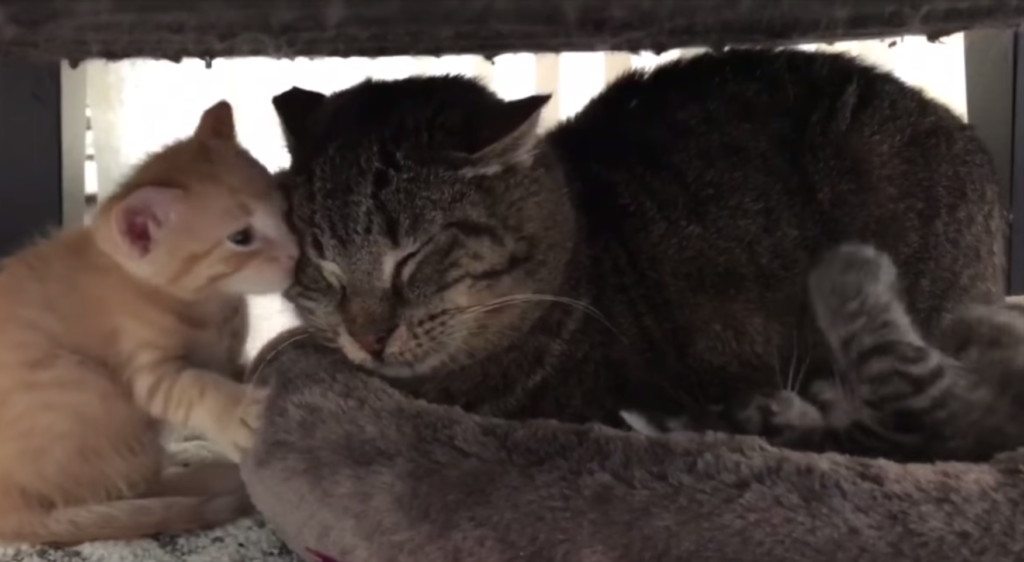 “When Scrammy (ginger kitten) started licking Mason’s ear, and Mason leaned into it, I completely melted … The one thing missing for Mason had been contact with another living being, and while he didn’t want that from ME, he had clearly been craving it from his own kind,” his foster mom wrote. 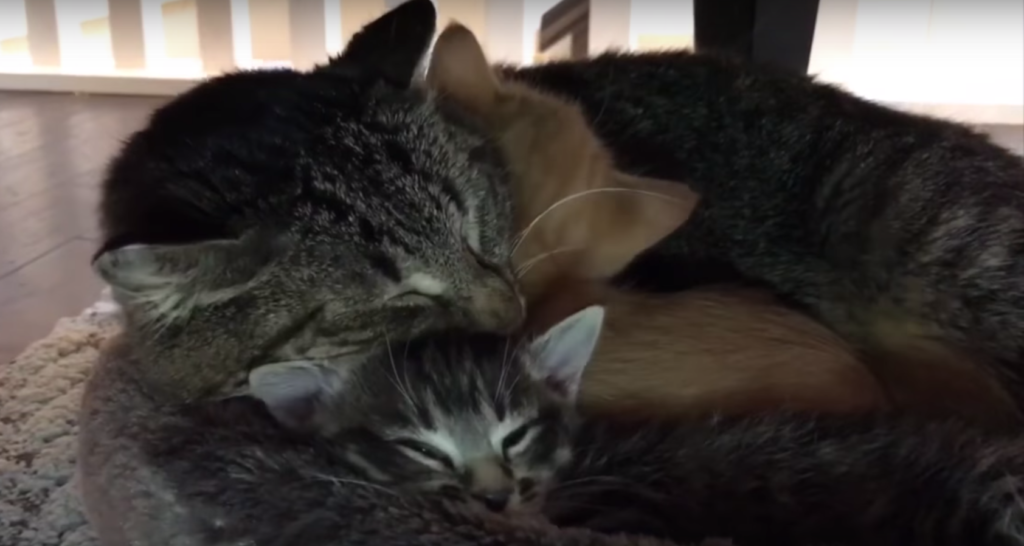 It just goes to show that, given the right circumstances, even an old, battle-scarred grump is capable of love and compassion. 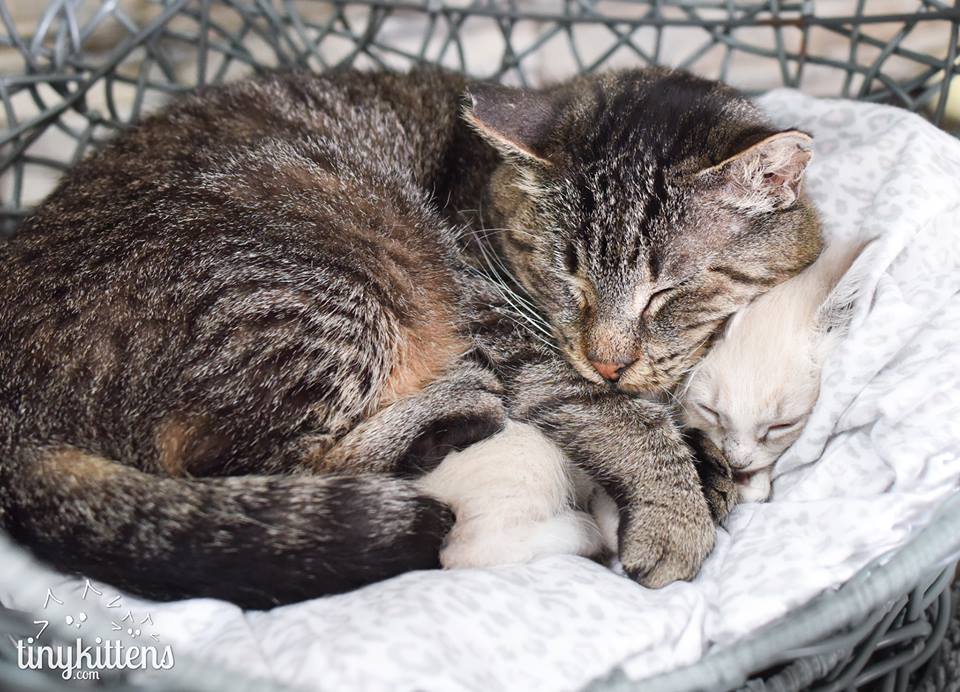 Watch the antics in the adorable video below, and share if you agree that everyone has a soft spot, but for some, it takes a little more coaxing to find!