A characteristic that I simply do not possess. I would describe myself as more of a dreamer. A planner. A perfectionist to some degree.

The lover of a good routine and a well-executed strategy.

The kind who makes sure her kids are putting on their shoes at 7:20 on the dot every morning so as to not eat up the built-in wiggle room.

Who researches the restaurant menu days in advance.

Who considers all possibilities and plays out countless scenarios to keep things on track.

It’s how I’m wired. And how else would we ever make it anywhere on time?

In many cases, it serves me well. But where does it end?

Will I ever stop and reflect on this before moving on to that?

It’s amazing what life will teach you if you’ll slow down and listen.

It was time for a new lesson, and this time it happened in my backyard. 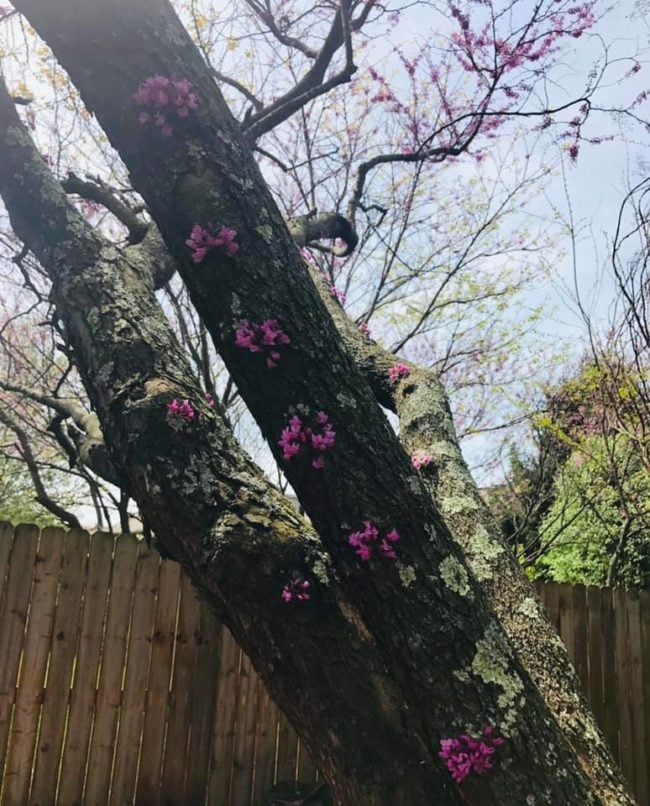 It was a redbud tree.

The same one that had been standing there many seasons before.

How could it be the first time I’d noticed its quirky characteristic?

There were pink blooms growing right out of the trunk!

Thinking for sure that my eyes were deceiving me, I walked over to get a closer look.

And as sure as the sky was blue, the trunk was flowering along with the branches.

My mind began to race.

I guess the saying is true. Sometimes the most beautiful things really can come from the most unlikely of places.

And if that’s the case, what else am I missing?

How long have I been blinded by the to-do lists, the daily grind, and the high expectations?

And who set those expectations so high in the first place?

It was in that moment that I took the deepest breath I had taken all year.

I found a seat in the shade. I looked up, down, and all around, taking in as much nature as possible.

I began to let the nagging thoughts fade into the background.

Then I made a promise to myself. One as good as an inherent perfectionist can make:

To schedule some daily head space in my planner.

And that’s at least a step in the right direction on my way to becoming a little less rigid.

This story originally appeared on Daylight to Dark’s Facebook page 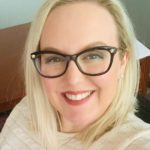 René Hale
Featured Creator
René is a co-founder of Daylight to Dark, a lifestyle blog that empowers women to be their best selves. She lives in the hea… Read More