Everyone has heard some version of, “Do what you love, and you’ll never work a day in your life.” It’s a nice idea but not one that’s easily made a reality. But that doesn’t mean it’s impossible!

Six years ago, Edgardo Zúñiga Juárez decided to combine two of his greatest passions: dogs and traveling. So he packed up his pets and started around the border of Mexico on a mission to save animals in need — earning the nickname Edgardo “Perros” (dogs) in the process. 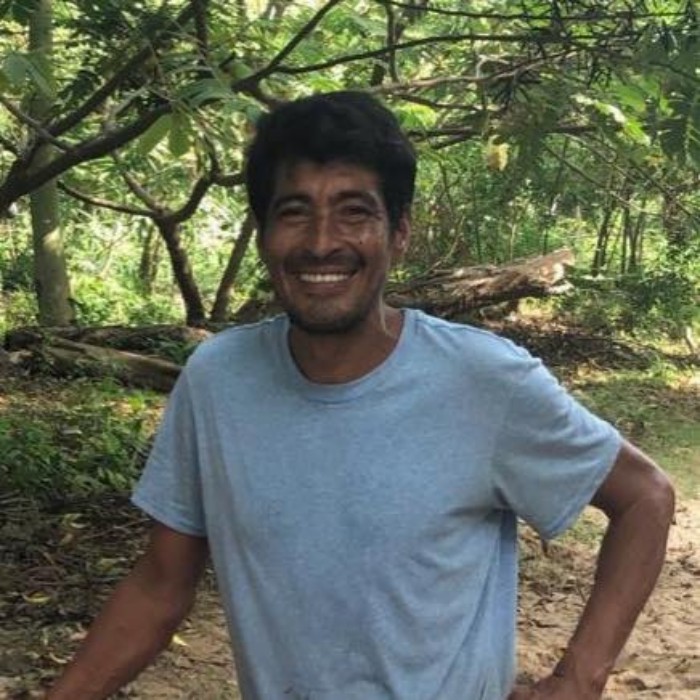 In a short documentary, Edgardo explains that while injured dogs often have people to look out for them in cities, dogs in rural areas don’t have the same luxury. Knowing this, he and his three pups got on the road, taking only a cart of belongings with them.

As they travel, they pick up abused, abandoned, and hurt dogs and help them prepare for a better life. While many of the rescues are rough around the edges at first, Edgardo’s dogs teach them to be calmer and show them that they have nothing to fear. 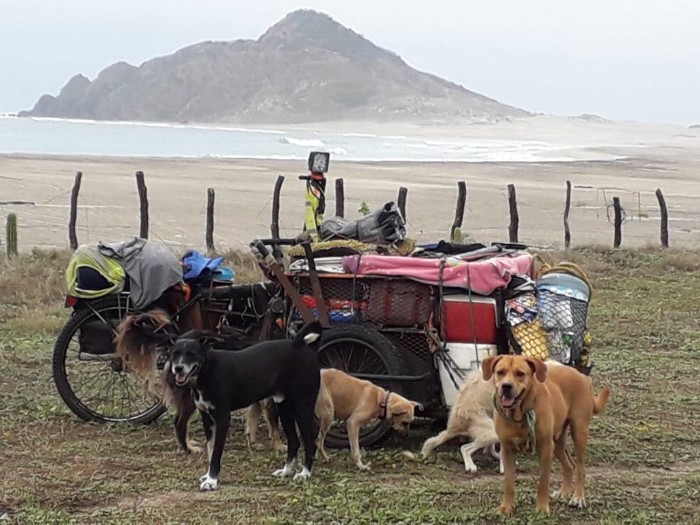 Over the past six years, Edgardo has rescued about 500 dogs and hasn’t given up on a single one. Of course, that doesn’t mean he adopts them all. Instead, he finds them the care they need and prepares them for adoption.

As he’s reflected on his work, Edgardo said the saddest part isn’t the horrible condition of the dogs he rescues — it’s knowing that people are behind their abuse. But he’s not angry with these individuals. In fact, he’s sad for them because he believes they haven’t experienced love and “need some company” in their lives.

Moving forward, he said he might transition to helping dogs in the city. What that will look like, he doesn’t yet know, but he is certain that he’ll keep doing what he can for animals in need! 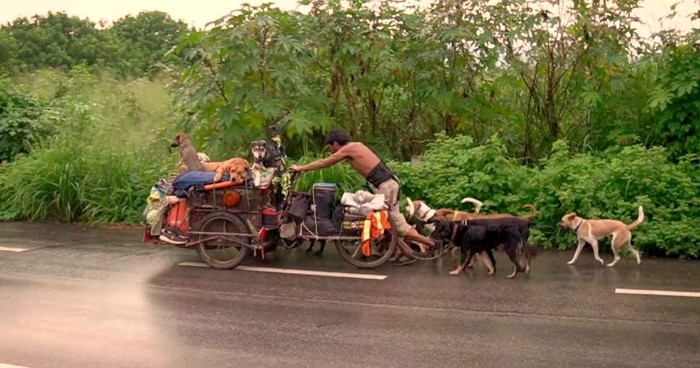 What an inspiring journey! We can all learn from the depths of his compassion for animals and humans. Keep up the lifesaving work, Edgardo!

Learn more about Edgardo and his pups in the video below, and don’t forget to share this story with your friends.